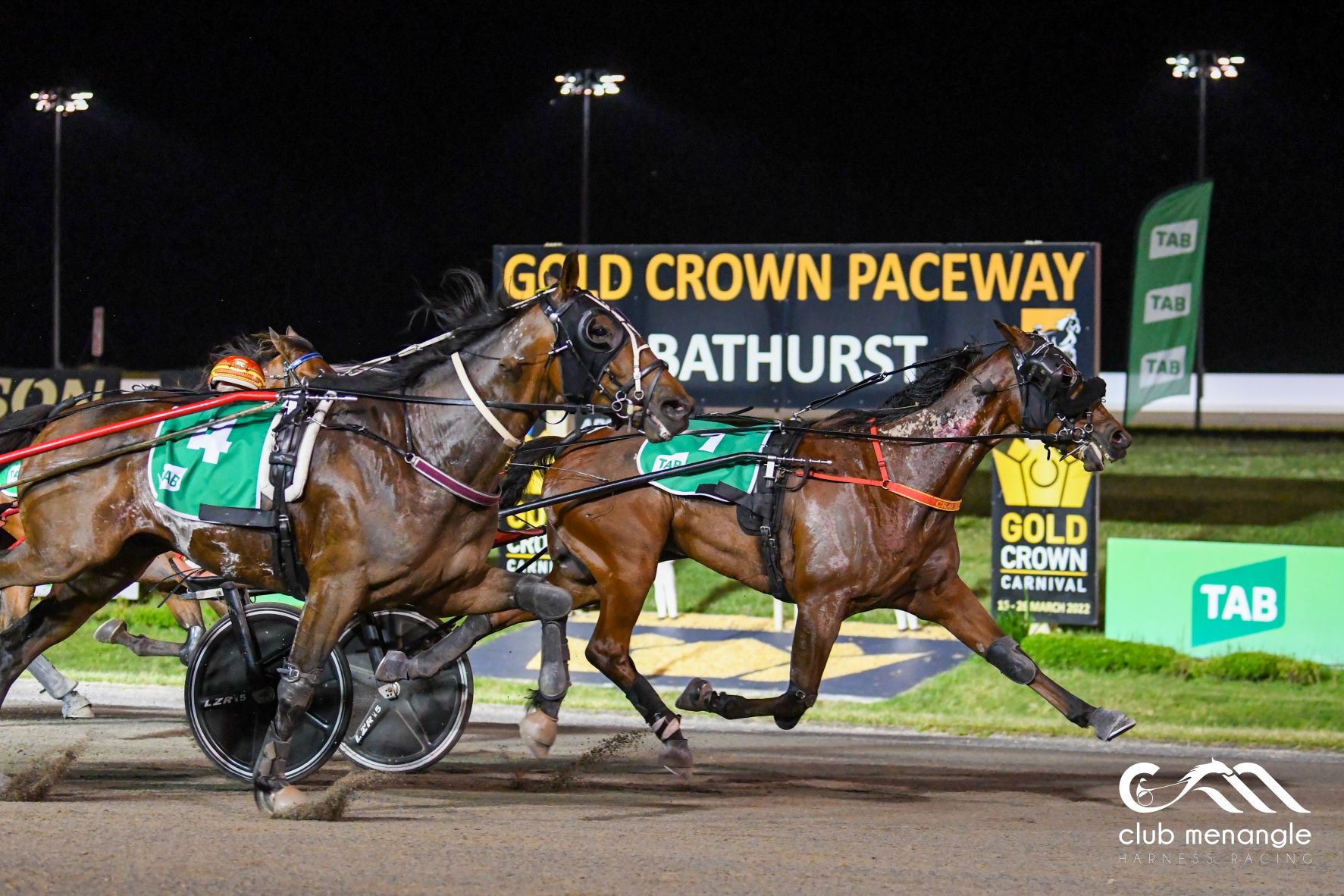 TOO SLICK: Lotamuscle scores a decisive win in the second trotters' heat at Bathurst tonight.

Lotamuscle1
INTER DOMINION TROTTING CHAMPIONSHIP – Heat Four CONTENDERS dropped out left, right and centre and in the end it was good manners that...

CONTENDERS dropped out left, right and centre and in the end it was good manners that made the difference as polemarker Lotamuscle scored a stylish win in the second TAB Inter Dominion Trotters heat at Bathurst tonight.

While two, three, four and then five of his rivals galloped out of contention, Lotamuscle gained a perfect run behind the speed, before moving wider on the track and putting his rivals away in a flash, rating 1:57.6 to ensure he’ll be there when the 300m final rolls around on Saturday week.

“We did get a lovely trip and when the pressure went on going up the back, he was really travelling well,” said reinsman Mattie Craven after Lotamuscle beat Just Believe and Tough Monarch with Aldebaran Crescent picking up some valuable points by running fourth.

“My horse started to look around a bit when he hit the front in the straight and I had probably gone fractionally earlier than I really wanted to,” said Craven.

“I was just hoping that he spotted the other horse coming out wide and knuckled down again.”

Craven said it was just the result he was hoping for.

“This horse was a quality three-year-old, he has lovely manners and he just loves following speed too,” said Craven.

“After his run last Saturday night (he finished fourth) he seemed to handle it well and hopefully he’ll take even more benefit out of this win and get through Sunday alright as well.”

Craven explained that Lotamuscle had been bought from New Zealand and had been farmed out through a sizeable bunch of owners.

“They’ll get such a kick out of this and there is a fair few of them too,” he said.

“I also have to thank Belinda and Luke McCarthy because they have made us feel so comfortable and happy.

“This could not have been a better result and hopefully we’ll have both of our horses there on Saturday week when it matters.”