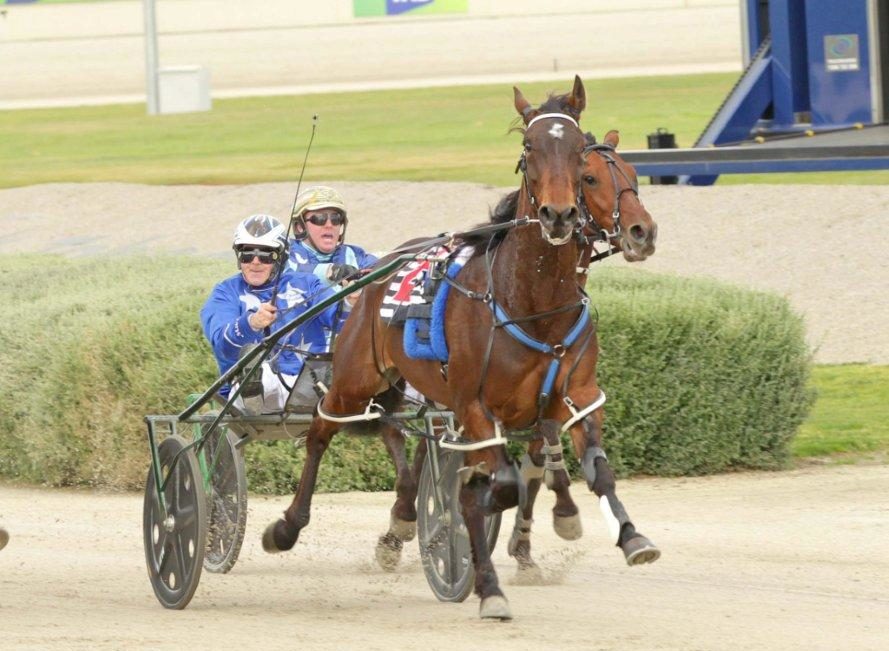 AUSTRALIAN-BORN American trainer Ross Croghan has gone to the All Stars well again. He and his stable clients have purchased More The Better, the...

AUSTRALIAN-BORN American trainer Ross Croghan has gone to the All Stars well again.

He and his stable clients have purchased More The Better, the 2015-16 New Zealand two-year-old of the year, out of the Rolleston stable of Mark Purdon and Natalie Rasmussen.

It is the third big-money purchase from their stable by Croghan in the past six months after he acquired Waikiki Beach in November and Heaven Rocks in February.

Waikiki Beach was a winner at The Meadowlands last weekend, running 1.51.6 for the mile.

Heaven Rocks made his American debut in Pennsylvania on Monday afternoon and ran second in 1.49.8 on a sloppy track.

More The Better was disappointing by his standards in his final two New Zealand runs, in the Taylor Mile and NZ Messenger Championship at Alexandra Park late last month.

But he had resumed for the season in early March with a victory in the Group 3 Northern Southland Cup before returning to Christchurch and winning the Group 2 Superstars Championship at Addington.

As a juvenile, he won three Group 1s, including the 2YO Emerald at the Cambridge Harness Jewels.

But he won’t return to that track on June 2 to chase the 4YO equivalent – he was withdrawn from contention on Tuesday morning and is due to fly out of Christchurch on May 24.

On the same flight will be his all-conquering champion stablemate Lazarus and fellow Canterbury four-year-old Micky Gee, among numerous others.

The sale of More The Better, owned by Purdon, his father Roy and family friend Sir David Levene, is the latest in a huge American clean-out by the stable.

Already this season, Heaven Rocks, Waikiki Beach, Lazarus, Have Faith In Me and Conway Beach have headed Stateside, representing more than $6.5m in track earnings from 98 wins.