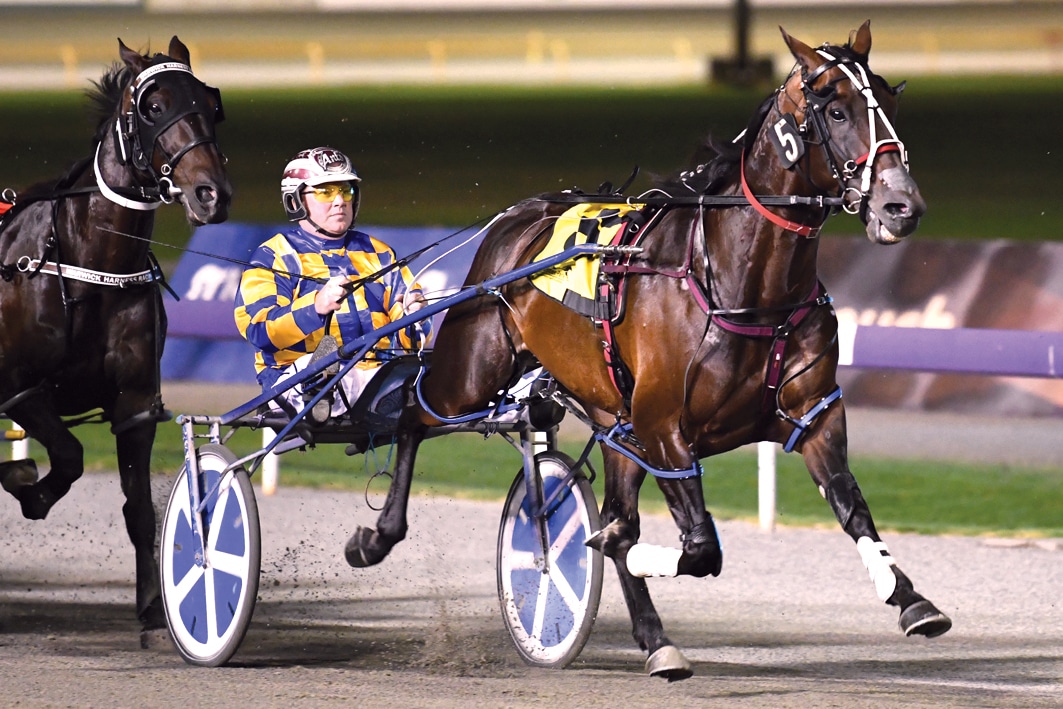 SHOULD all go to plan this weekend Tim Butt will be holding two prized Cups aloft within 24 hours. Spanning the width of the...

SHOULD all go to plan this weekend Tim Butt will be holding two prized Cups aloft within 24 hours.

Spanning the width of the country, Butt’s campaign begins at Gloucester Park on Friday night when My Field Marshal contests the Fremantle Cup.

Drawn perfectly in barrier two, the son of Art Major is a $1.45 favourite on TAB Fixed Odds.

My Field Marshal has been at his brilliant best since returning from a spell, winning his two starts including the Group Two Village Kid Pace in Perth a fortnight ago.

Tipping the stallion will be a major improver, Butt plans to “make the most of the draw”.

“It is a good draw and he will be hard to beat from there,” Butt said. “When you’ve got the right draw you’ve got to lead, especially around a track like Gloucester Park!

“He will certainly improve a lot since his last run and take a lot of running down.”

Set to remain in Western Australia for next week’s Pacing Cup, My Field Marshal will then return east for his Miracle Mile defence.

The southern hemisphere’s premier sprint – which carries a purse of $1million – is scheduled to be run at Tabcorp Park Menangle on March 2.

“The Miracle Mile will be main aim with him after the WA Cup, but he may go in the Hunter Cup on the way home,” Butt said.

“He has to go through Melbourne to get back to Sydney, so depending how he is after the long trip, he might go in the Hunter.”

While it remains to be seen if My Field Marshal competes in Victoria, his stablemate Let It Ride is engaged in Saturday night’s Shepparton Gold Cup.

Searching for his first win since capturing the Group One Blacks A Fake last July, Let It Ride is on the fourth line of betting at $4.60 with TAB Fixed odds.

Such is the depth of the provincial feature, Im Pats Delight is a $2.40 favourite followed closely by San Carlo at $3 and Uncle Sam at $4.20.

“It’s only a small field of seven, but there are a lot of form horses in it,” Butt said. “I was happy with his run last week when runner-up behind San Carlo and he will be in good shape for this.

“He’s got a good draw and should also be able to take advantage of it.

“If he runs well enough again I will then aim him at the Ballarat Cup the following week.”

Brother-and-sister act wowing them in Sydney
Izzy has connections feeling jolie
Aussie mare causes upset at The Meadows
Is your next star among these Lots?
About author