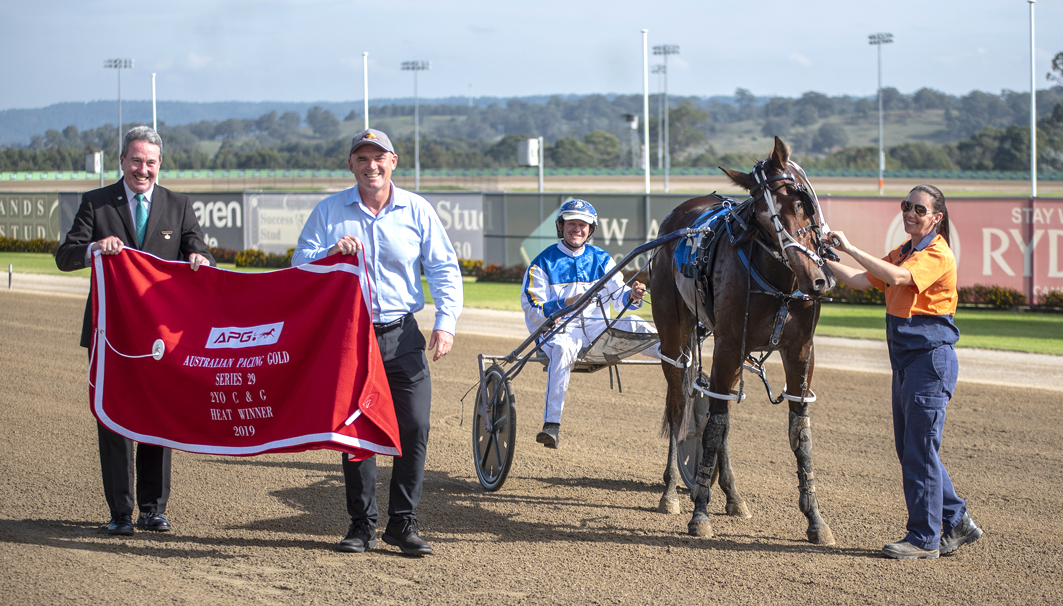 IT WAS ‘crunch time’ in more ways than one at Tabcorp Park Menangle yesterday. With heats of the rich Australian Pacing Gold series being...

IT WAS ‘crunch time’ in more ways than one at Tabcorp Park Menangle yesterday.

With heats of the rich Australian Pacing Gold series being conducted, only the winners are guaranteed a berth in the Group One Final.

To trainer Rickie Alchin’s delight his representative – Crunch Time – was triumphant in his qualifier.

“He went well…I’m very happy with him,” Alchin said. “I’ve always had a bit of an opinion of him, but he just hasn’t been performing as he should.

“He’s been working like nice horse, but at Bathurst he didn’t race to his work.

“I gave him a couple weeks off and changed work a bit and he put the right foot forward yesterday.”

Driven by Alchin, Crunch Tim began quickly to lead from barrier four before being eased to take a trail behind the previously unbeaten Star Hunter during the middle stages.

Gaining an opening along the pegs at the top of the home straight, the son of Somebeachsomewhere reclaimed the front in the shadows of the post to score by a neck from Star Hunter.

Causing a major upset at $51 to register his second win from six starts, Crunch Time covered the mile in 1:53.3 with his time almost five seconds quicker than Spy Major in the following qualifier.

Trained by John McCarthy and driven by his son Todd, Spy Major also registered a narrow victory over Ilikemebettor and Fifteen Aces.