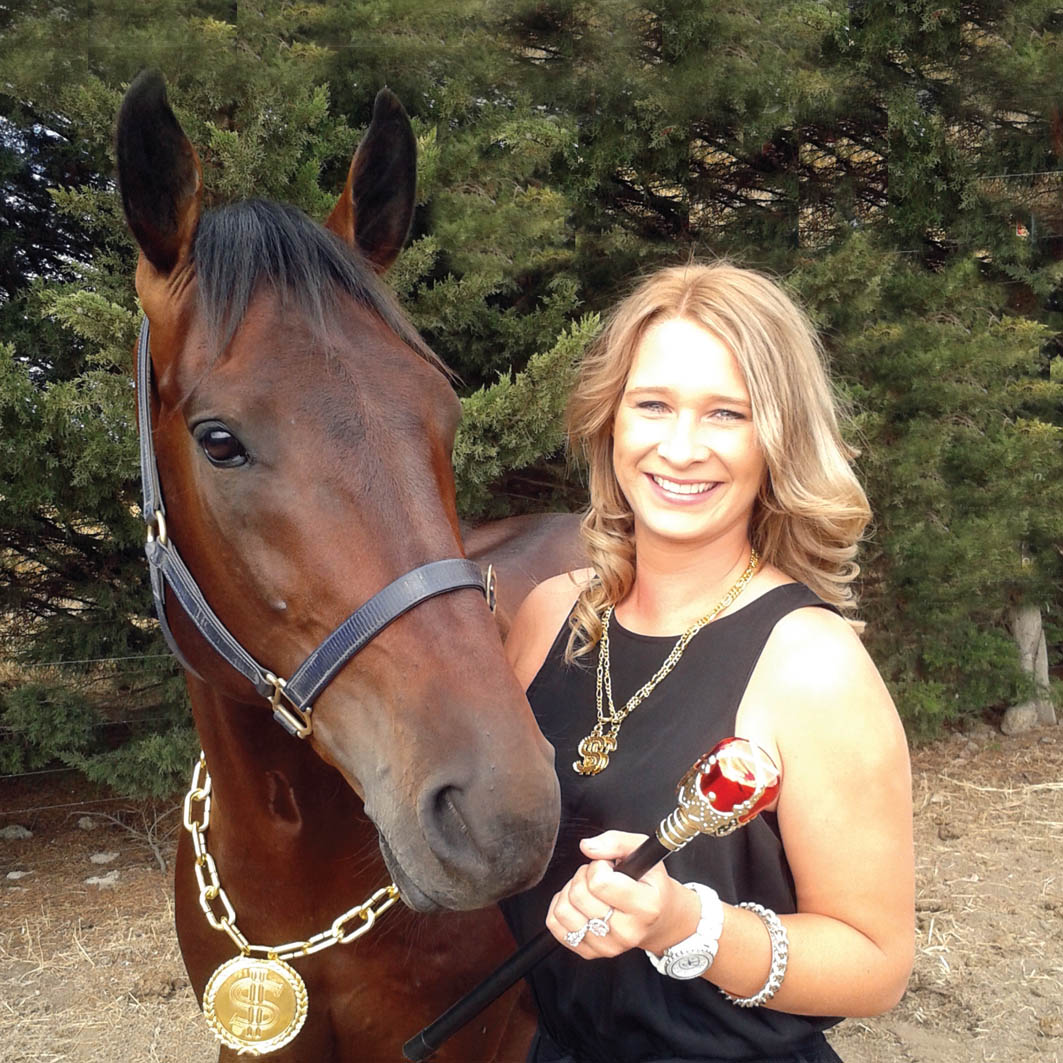 BLING IT ON with part-owner Sammy Kilgour

Curtain comes down on stellar career

MULTIPLE Group One winner Bling It On has run his last race. Following a lack lustre performance at Tabcorp Park Menangle during the weekend...

MULTIPLE Group One winner Bling It On has run his last race.

Following a lack lustre performance at Tabcorp Park Menangle during the weekend connections elected to retire the seven-year-old.

The fact Bling It On raced this season was a minor miracle in itself after the son of American Ideal suffered a career-threatening injury last term.

Falling as a result of a racing incident at Albion Park last June, Bling It On underwent surgery to his knees, which saw see him sidelined for five months.

Successful at his first three starts back, Bling It On was then among the placings at his three subsequent outings before finishing towards the tail of the field in his A G Hunter Cup title defence.

Sent for a spell, the stallion disappointed in his return last month before his ninth at Menangle led to the tough decision.

“It’s a hard call that’s been made, but he’s just had enough,” trainer Craig Cross said. “His work has been good, he won a trial before he raced, but his mind is just not in it anymore.

“He’s done a wonderful job throughout his career, and really, he has nothing to prove.”

A dual Group One winner at two, Bling It On scored at the highest level at three, five and six, with his crowning moment coming in last season’s Hunter Cup.

“When you go through his record you’ll soon notice he has been racing against the best all the way through,” Cross said. “He’s had 86 starts and 49 of those were at Group level.

“Along with his 18 Group wins, he run seven Group One placings and a fourth in the Inter Dominion.”