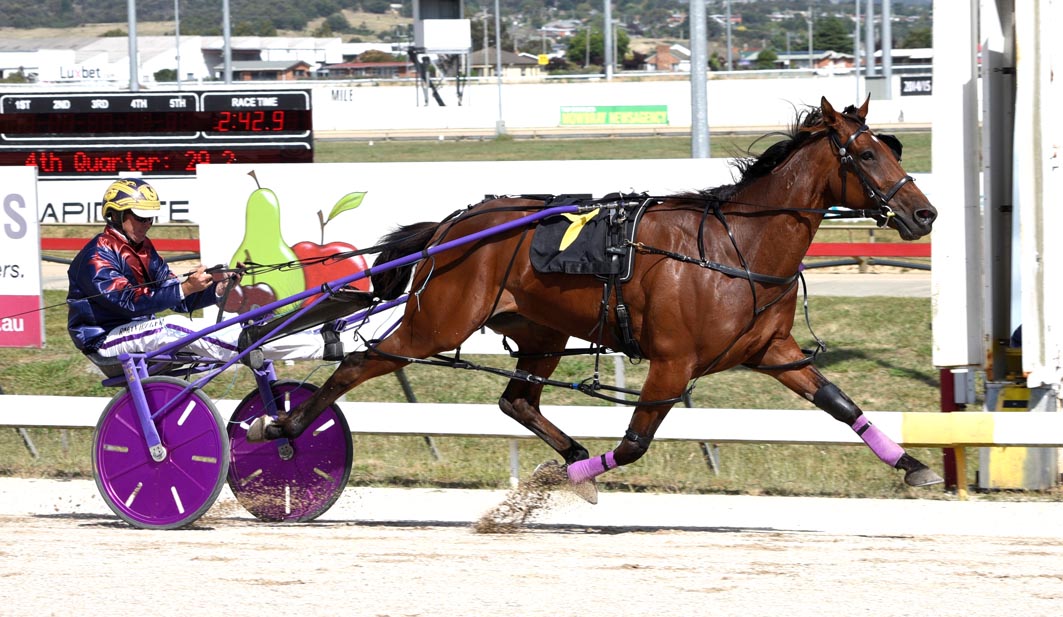 NEXT month’s Easter Cup has been put on the top of Dapper Dana’s hit list following his win in Devonport last night. Planning to...

NEXT month’s Easter Cup has been put on the top of Dapper Dana’s hit list following his win in Devonport last night.

Planning to run the gelding in Launceston in a fortnight, trainer Rohan Hillier will then prime Dapper Dana for the revamped Cup.

Originally listed at $40,000, the Easter Cup has been boosted by Tasracing, which will see the feature carry a purse of $75,000.

Just days before Christmas, the governing body provided the industry with a welcome gift of across the board stake rises for the second time this season.

The Cup is set to be conducted on March 31 in Launceston.

“He’ll go around in a couple of weeks, which is the Female Drivers’ night,” Hillier said. “All the races are penalty-free, which makes it a good option for him.

“The Easter Cup is a couple of weeks after that and that’s the main aim with him at this stage.”

With Hillier in the cart during his latest win, Dapper Dana began moderately from his 10-metre handicap before gaining an ideal trail in the running line.

Proving too slick during the concluding stages, the son of Bettors Delight accounted for Modern Ruler and Baybridge Bill in 2:00.7 over 2645 metres.

“His start wasn’t the best, but after that he did it pretty easily,” Hillier said. “I’m happy with the way he is going and hopefully he can improve his standing start manners in the Easter Cup.”