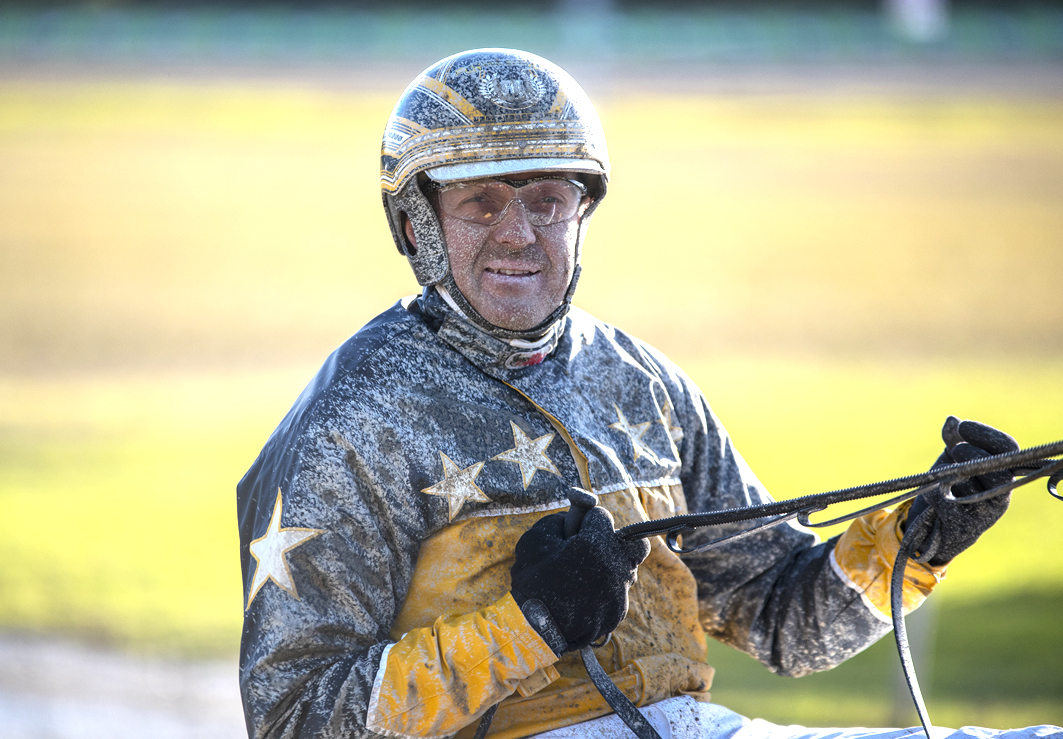 Darren after a Diamond delight

Darren McCall2 Girl From Oz3
ACE Menangle trainer-driver Darren McCall will be hoping he has most ‘options’ covered with a double-barrelled shot at tonight’s $17,340 Harness Breeders NSW Pink...

ACE Menangle trainer-driver Darren McCall will be hoping he has most ‘options’ covered with a double-barrelled shot at tonight’s $17,340 Harness Breeders NSW Pink Diamond Stakes at Tabcorp Park Menangle.

McCall will handle the classy Girl From Oz, who has drawn gate two, while Chris Geary will be behind his other hope, Lovin Miss Dixie, which gets the chance to use her gate speed after drawing perfectly in gate one in the fillies’ feature.

“Lovin Miss Dixie is very fast off the gate and has gone 26.9 before in leading to the corner,” said McCall.

“She’s a little intractable, but I do like her and the draw does suit.

“I do love Miss Dixie but Girl From Oz is a horse we picked out at the sales and she won the Pink Bonnet for us and also a heat of the Bathurst Gold Tiara.

“I stuck with her tonight because I really don’t think she has drawn inside of gate seven in her entire career.

“I think she drew five off the second row at Penrith last start and in a Breeders Challenge heat she was out in eight or nine.

“Every final she has been drawn near the outside fence so I think it is going to be a mass advantage for her to be able to get somewhere near the inside.”

McCall said Girl from Oz had always been a good-gaited filly who did everything right.

“Had she drawn a little better in other races she might have another good feature under her belt,” he said.

“But the luck has just never gone her way,” he said.

Forced to choose between his pair, McCall admitted it would all come down to the start over the flying mile.

“If there’s an early speed battle and everyone wants to lead, then it will probably suit my drive (Girl From Oz),” he said.

“And if there isn’t an early rush, then it will probably suit my other one.

“There doesn’t look to be a lot of speed from the front and it could be interesting because if we want it that way, they couldn’t get around Lovin Miss Dixie.”

McCall said Chris Geary had often helped him out and had always been a big help to the stable.

“Put it this way, Chris was the only other guy I would let drive my best horse, Bettor Bet Back,” he said.

The experienced McCall currently has a team of about 18 in work at the Menangle Training Centre.