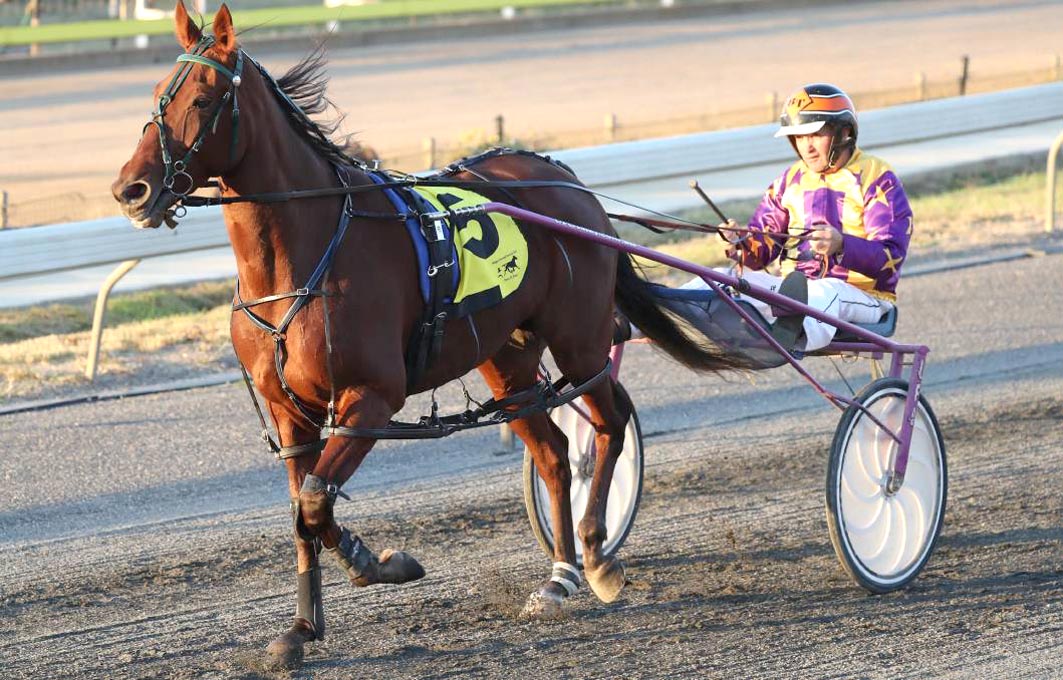 Eurell took out the last two races with the only two horses he has in work.

Despite starting from wide alleys, both four-year-old mares showed brilliant gate speed to cross their rivals to dictate terms.

The Yanco horseman is pleased with their form.

“They are a couple of nice horses, who are nearly on their mark, but between them they’ve won eight races this season,” Eurell said. “It is very pleasing.”

Eurell thought the combination of good gate speed over the shorter 1755 metres was the key.

Especially for Corbie Abbey, which made it four wins from her last five starts when she defeated Chickies Boy by three metres.

“It is certainly the key for Corbie Abbey,” Eurell said. “She has won nine races now and has only one won from in behind.”

Corbie Abbey has surged to the lead in the Wagga Pacer of the Year award after five wins at the track this season.

Eurell was also impressed with the times each ran.