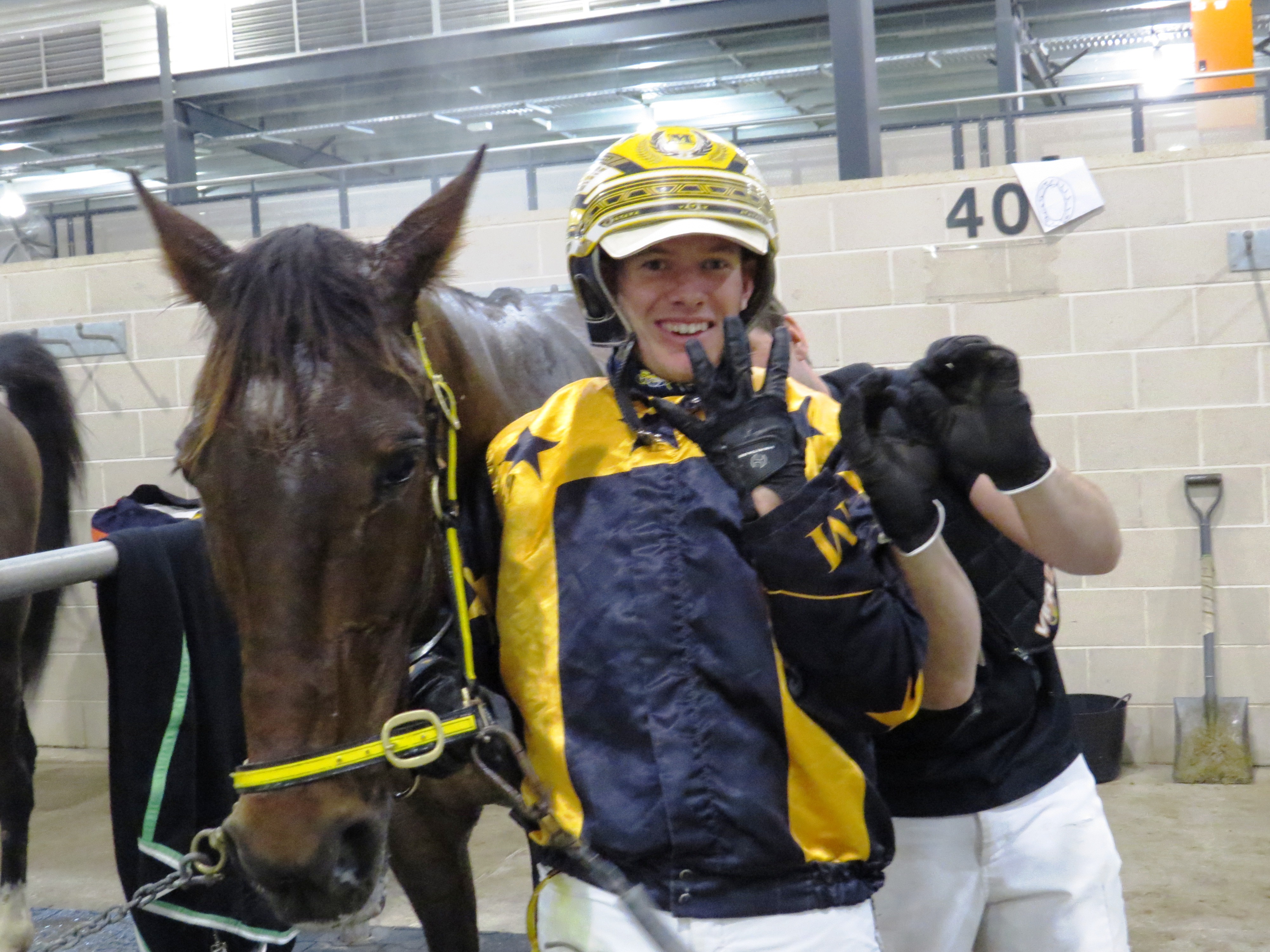 David Morris will be hoping for another big night at Menangle

David’s turn in the spotlight

David Morris4
HE often describes himself as a ‘stay-at-home Daddy’. And Menangle Park reinsman David Morris has no problem with that role as he watches his...

HE often describes himself as a ‘stay-at-home Daddy’.

And Menangle Park reinsman David Morris has no problem with that role as he watches his young family while his long-time partner Steph Lippiatt increases her profile by driving a string of winners in recent months.

Indeed, Steph was at her best at Menangle on Tuesday with a pearler of a drive to land Controversial a convincing victor in the final race of the day.

And no-one is more excited about that than Morris, who is ready to take his turn in the spotlight with a handy book of drives at Menangle tonight.

The gifted freelance reinsman has five drives on the eight-race card for high-profile trainers like Craig Cross, Leon Jurd and Harry Martin.

He’s also taken over the training of Alta Dream Lover in recent weeks and will be hoping the lightly-raced former Kiwi mare can make her presence felt first-up from a spell in Race 2, the Allied Express Pace.

“She doesn’t have the greatest form but is well-bred,” he said.

“This is not an ideal race first-up but at the end of the day she needs the racing.”

Morris will drive Love My Sister for Craig Cross in Race 4 and again has an awkward draw in gate eight, but the mare is reported to be working well and looks a strong chance.

“They’ve nominated him a few times and he’s either missed a run or been scratched. These claimers all go around like its second nature to them so he should go pretty well from that draw,” he said.

“Titian Raider works like a champ at home but seems to work himself up a bit on race day and can turn into a different horse,” said Morris.

“He has trialled well in the past and raced OK in the Sapling Stakes.

“Ricky Alchin’s horse, Watts Up Sunshine, did win well first-up the other day.

“He crossed me the other day, although from the draws things might be a bit different this time around.”

His final drive, Karaoke Rock, is having his first Menangle start as he has been racing at Penrith and Bankstown.

“He just keeps earnings cheques and it doesn’t matter if they go 2:01 or 1:56, he just seems to keep earning,” said Morris.

“There’s not much gate speed there, so we’ll just play it by ear.”

Memorable moments for Morris and Martin
A proud day for Steph and David as Ryley lands a w...
Hogan hits town with a winner in tow
About author