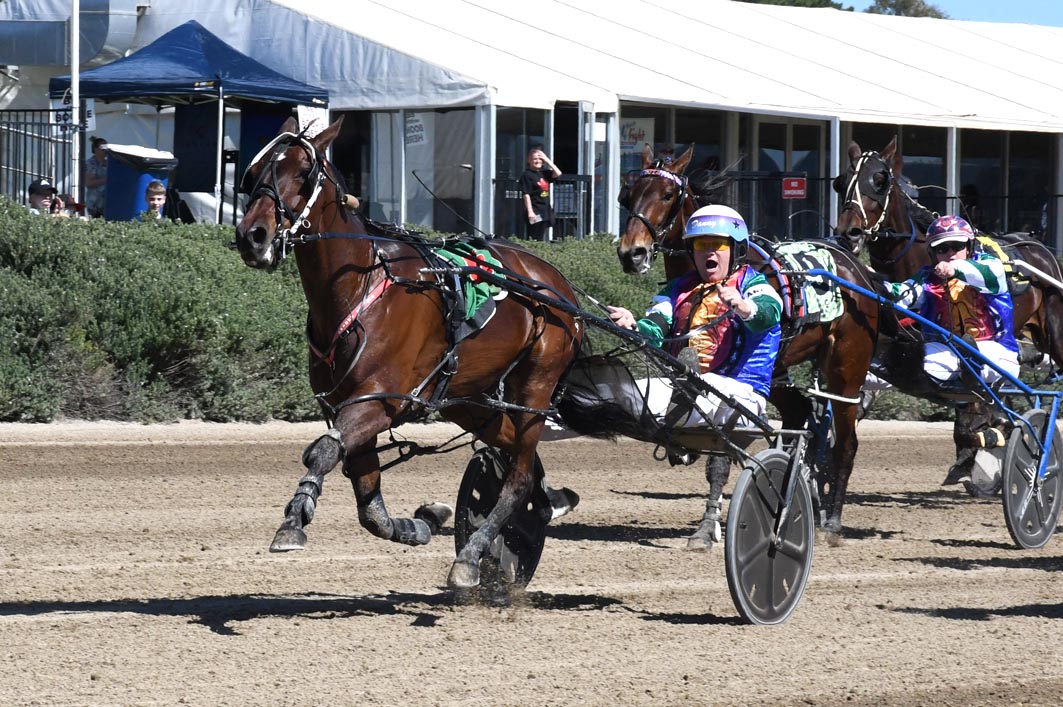 DANNY Scanlan qualified for today’s KARI J.C. Caffyn Indigenous Drivers’ Plate at Tabcorp Park Menangle by the barest possible margin – a tenth of a point – after a competitive series of races around the state.

But there was no such close call in the Final as lightly-raced gelding Ziggy Rocks put paid to a quality field to take the race…and etch Scanlan’s name into the history books.

It was an emotional Scanlan who took to the podium to thanks “his girls” and a small army of supporters after Ziggy Rocks came with a withering burst to beat My Major Rocket (Hayden Green) and Mach Le More (Jinaya Niass) by five-and-a-half metres in 1:55.6.

“It’s been a long, long time since I last won a race here at Menangle,” Scanlan said. “Of course it hasn’t been helped when I’ve contested this series and most of the horses have been 100-1 in past years.

“This horse, trained by Gemma Rue and owned by Menangle committeeman Dan Cordina, is probably the best horse I have been able to steer in the half a dozen times I’ve competed in this series.

Scanlan drove the son of Pet Rock to perfection, landing an ideal one-one trail before peeling wide on the home turn and quickly rounding up his rivals for a strong win.

It was a deserved victory for one of the men who have become a mainstay of this Indigenous Drivers’ series.

Scanlan contested heats at Albury, Young and Tamworth, meaning he covered many kilometres from his Cessnock base just to qualify for the Plate.

In the end, the dedication paid off as he added his name to some quality horsemen and women who have won this series since it was inaugurated in 2011.

“It’s a pretty special race to win and we all want to win it,” Scanlan said. “It’s taken me a while, which makes this win even more special.”