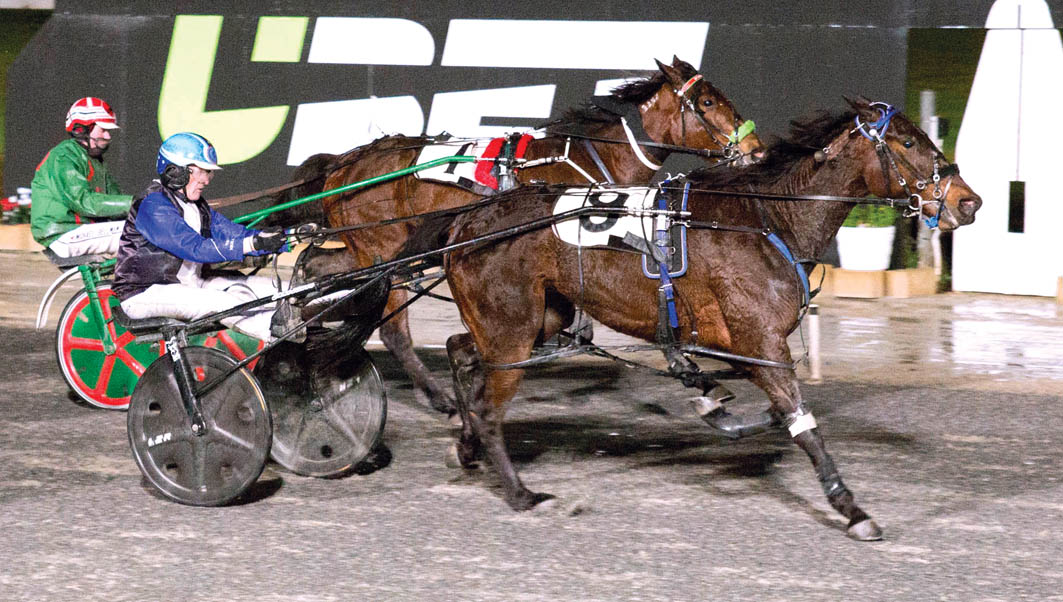 REIGNING champions Thats Perfect and Saphirique have provided those interested in their thrones a hint of what to expect in next weekend’s Southern Cross...

REIGNING champions Thats Perfect and Saphirique have provided those interested in their thrones a hint of what to expect in next weekend’s Southern Cross Finals.

As such, the duo are short-priced favourites to retain their titles in the Group Two deciders.

Aiming to become the third dual Southern Cross winner in his family, Thats Perfect rated 1:59.1 over 2230 metres, with his time two-tenths of a second slower than local hope, Bulletproof Boy, in the third heat.

“It’s a marvellous family with seven of them winning this series,” Stewart said.

“Best Of Beauty and Shes Fine, which finished second in their heats, will also contest the Finals, so with a bit of luck there will be a couple more members of the family on the honour roll.

“Thats Perfect did it as he pleased in his heat and will be better again next week.”

Driven by record-breaking reinswoman Dani Hill, Saphirique led throughout from the pole in what was little more than a procession.

Scoring from Shes Fine and Eastbro Katie, the Brett Bunfield-trained filly rated 2:01.1 – a second quicker than Hilltopsomewhere in the following heat.

Boasting four wins from her last five starts, Hilltopsomewhere enjoyed the run of the race behind the leader before cruising to a seven-metre win from Waitpinga Poppy, with Crocodile Princess a metre away third.