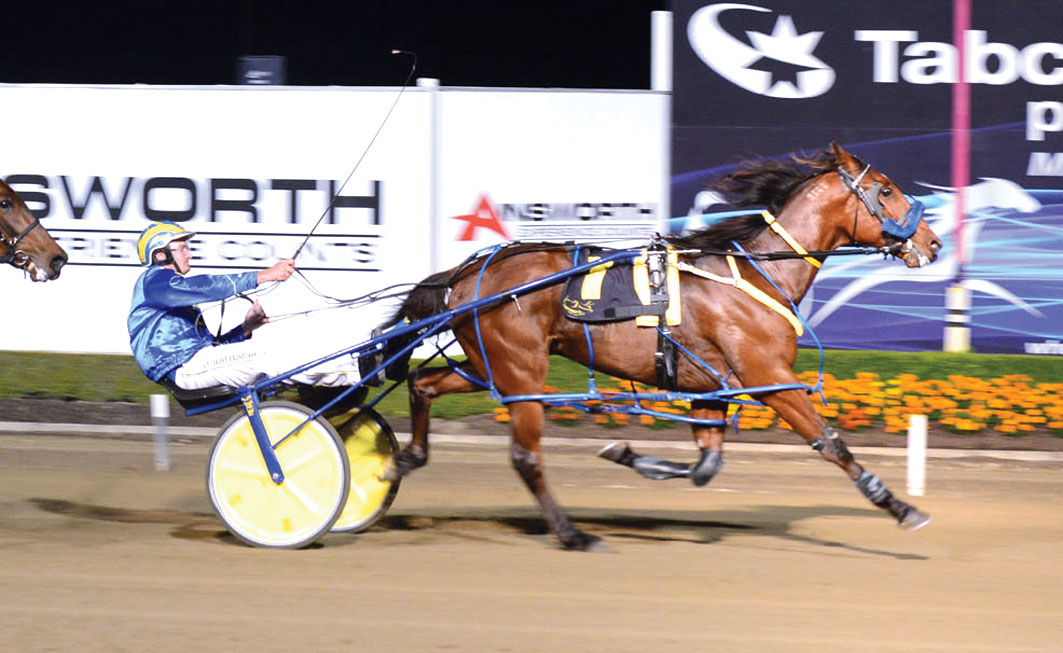 While Uncle Ryan is more than capable of capturing the feature at his best, the question is will the three-year-old be at his best?

Successful at five of his first seven starts of the season, with two placings also in the mix, Uncle Ryan was disappointing at his eighth outing when finishing at the tail of the field eight weeks ago.

Given a short break, the son of Dawn Ofa New Day trialled earlier this week, and although he finished third, Frisby wasn’t overly impressed.

“I didn’t think he trialled that crash hot on Monday night,” Frisby said. “But he has worked well since, suggesting he improved from the hit out.

“If he races at his best he will be hard to beat even from the second row.

“After his run at Parkes a few of the others in stable got a bit of a cold, so maybe that explains his run.

“Hopefully we will see the form he had before Parkes on the weekend.”

Frisby also has Uncle Jord in the following event, with the son of Rock N Roll Heaven the sole runner along the back row.

Successful upon debut, Uncle Jord was a noteworthy fifth in last weekend’s Sapling Stake at Menangle.

“He’s a nice little racehorse and will go very well,” Frisby said. “I expect him to get better as he goes along.

“His run at Menangle was pretty solid and if gets a clear run at them on Saturday night, he will be right in the finish.”