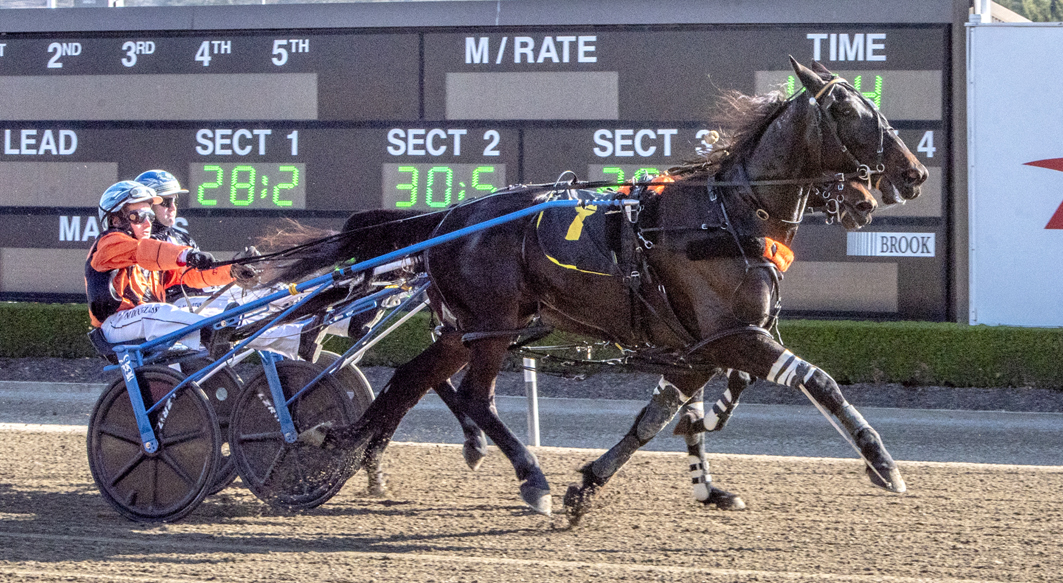 HAVING already exceeded expectations, Everybodylovedray will once again have to rise above presumptions at Tabcorp Park Menangle today. While trainer David Thorn has a...

HAVING already exceeded expectations, Everybodylovedray will once again have to rise above presumptions at Tabcorp Park Menangle today.

While trainer David Thorn has a high opinion of the three-year-old, he believes the assignment ahead will prove difficult for the youngster.

“He’s come a long way in a short time and we can’t have asked for much more than what he has done so far, but it will be a lot harder for him today,” Thorn said.

“He has a wide draw, which makes it tough, plus he is stepping up in grade.

“On top of that, he is a big horse, which is still very green and probably a year away from his best.”

Despite his immaturity Everybodylovedray boasts a perfect record from three starts – all at Menangle.

This time around the Australian Pacing Gold purchase will begin from barrier seven in a Breeders’ Challenge heat, with the short-priced favourite, Picard, to come from four.

“He’s feeling great and will go well enough, but he’ll need to step up another level,” Thorn said. “Picard is likely to lead, which will make him hard to beat over a mile.

“Everybodylovedray has certainly done a great job, and will continue to get better, but at this stage of his career he is more likely a Blue Series type horse.

“He is also Breeders’ Crown eligible, but unless shows a huge improvement, he will go for a spell after Challenge.

“It’s just he is so immature and this has been more if an educational preparation.”