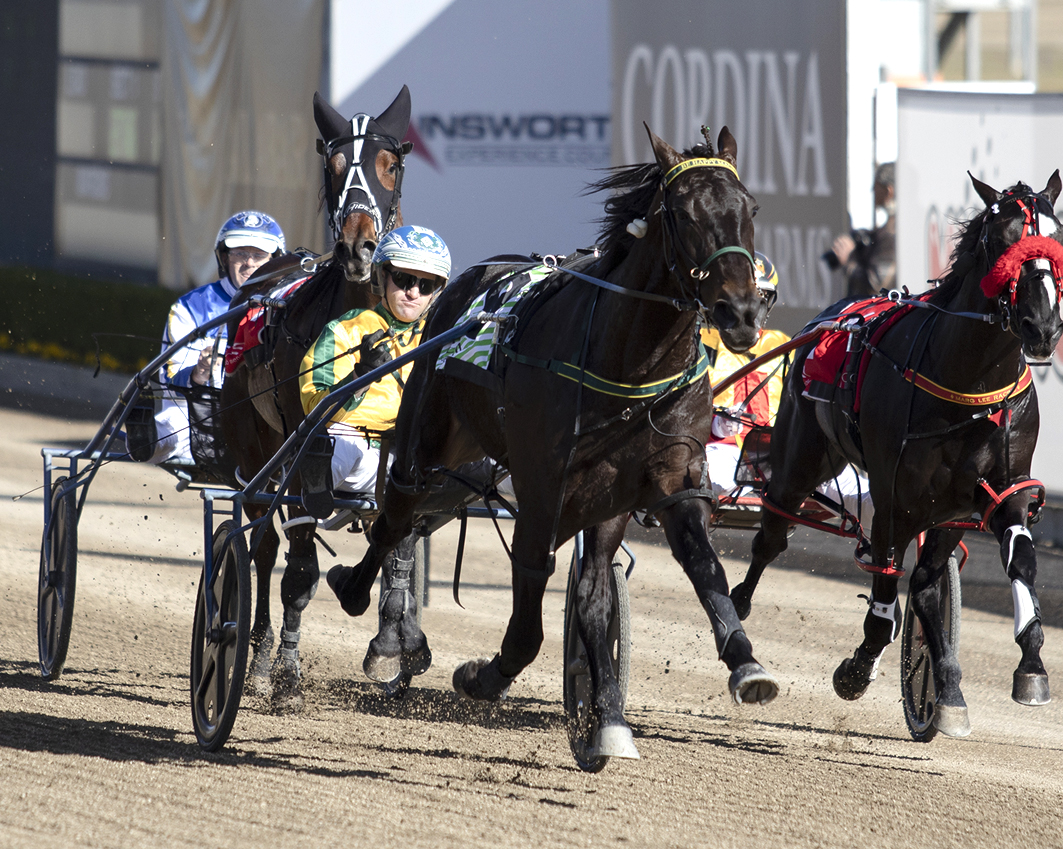 Having taken the Vicbred Super Series by storm in recent weeks, Stewart has just captured a Group One in New South Wales.

Of the 34 races conducted in her local futurity Stewart has registered an incredible 23 wins, including seven semi-finals at Tabcorp Park Melton last night.

Just moments ago Stewart was in the winners’ circle at Tabcorp Park Menangle after Be Happy Mach outclassed his rivals in a New South Wales Breeders’ Challenge Final.

“It’s been a pretty busy couple of weeks, but we’ve had a wonderful run,” Stewart said. “The majority of the stable is Vicbred so we always look to have a big go at the series at this time of the year.

“The balance of the team consists of a few New South Wales-bred horses, so we aim for the Breeders’ Challenge as well.

“To get a win there today is another terrific result for our owners.”

With Luke McCarthy in the cart Be Happy Mach was driven confidently to complete a tough neck win from Rockin With Elvis, with Jilliby Nitro three-and-a-half metres away third.

Covering the mile in 1:52.7 the son of Mach Three stretched his record to six wins and a third from seven starts for earnings of $150,715.

To be given an easy week upon his return to Stewart’s stable, Be Happy Mach will then be set for the Breeders’ Crown in August.