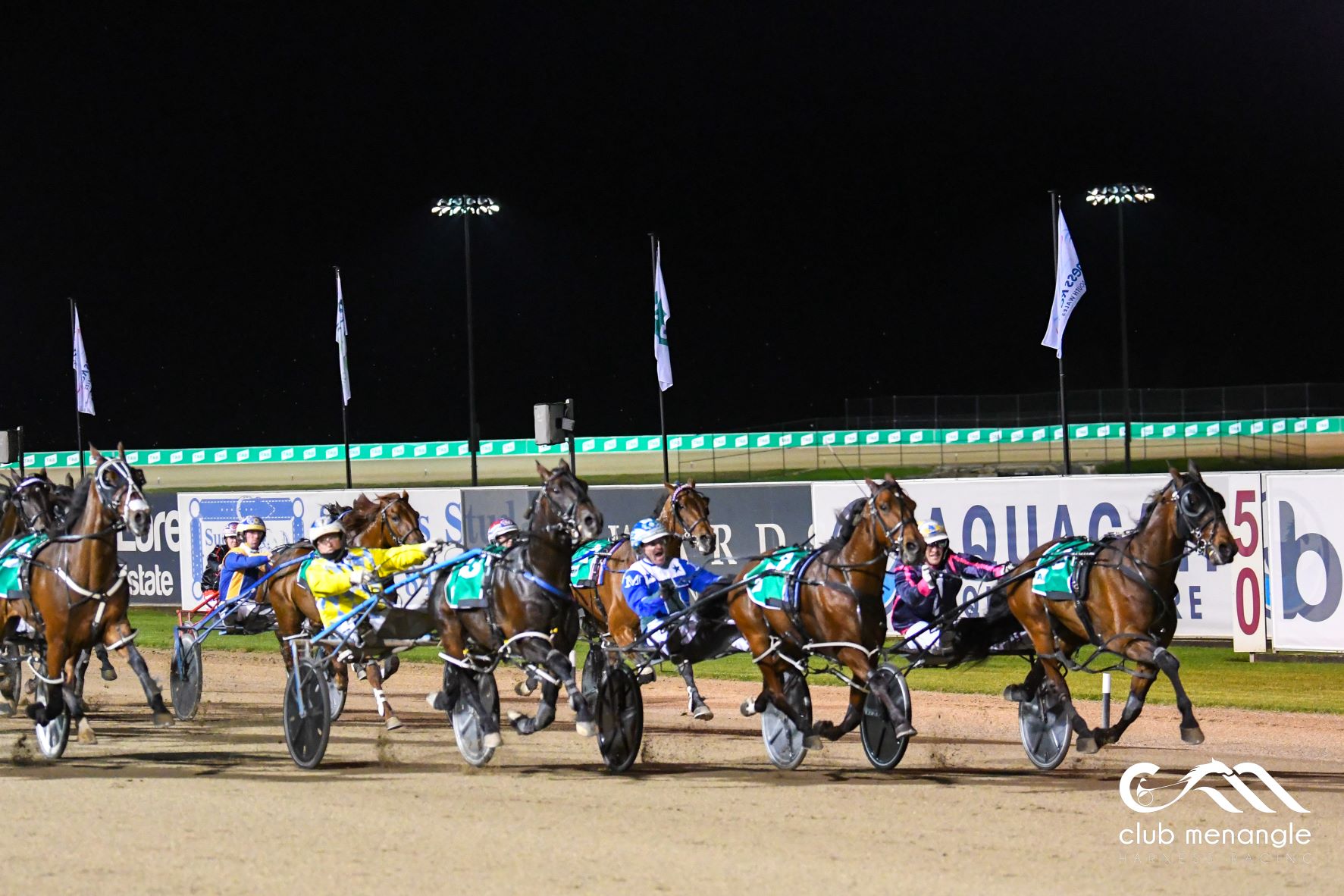 LINE UP (yellow) finished a close third to Malcolms Rhythm and Spirit Of St Louis at Menangle on Saturday night.

Don’t write off a champion – when he’s ‘due’

Darren Binskin4 Line Up1
WITH a couple of fourth placings beside his name, you could say champion reinsman Darren Binskin is ‘due’ to win an Inter Dominion Pacing...

WITH a couple of fourth placings beside his name, you could say champion reinsman Darren Binskin is ‘due’ to win an Inter Dominion Pacing Championship Grand Final.

“Actually, I’m probably overdue,” jokes Binskin, who has a serious contender for this year’s series in the lightly-raced stallion Line Up.

The former NSW Derby winner has been plagued with problems in a career that has been restricted to just 18 starts, for seven wins and six minor placings.

Still, Line Up looked one of the few serious threats to Team McCarthy with a close third to Malcolms Rhythm and Spirit Of St Louis in heat three, the most closely-contested of Saturday night’s first round, beaten just a half neck.

“He was good but he’s going to have to be,” said Binskin.

“They got home a fast last half and he kept trying.

“We can’t ask for any more at this stage, but he will need to improve on that if we are to be serious contenders.”

Binskin said Line Up felt a little bit flat on Sunday but was better on Monday so he’s hoping the son of Bettors Delight keeps improving by the time he goes to the post in the second round of heats at Bathurst tomorrow night.

“We have a nice draw at Bathurst (gate four) and you have to go out as hard as you can and be as close as you can,” he said.

“That’s if we don’t lead and if we do, we won’t be handing up to King Of Swing.”

Binksin said a lot of issues had held his horse back.

“His only bad run with me was when he was sick,” he said.

“We did blood counts though and we knew he was alright.

“His blood count had to be good this time around or he would have been out of the Inter Dom, simple as that.

“But he was back to normal and hopefully he’ll keep progressing.

“He’s only young and he has upsides to him. Probably his biggest flaw is he’s not seasoned.

“I do think this Inter Dominion is Luke McCarthy’s to lose more than it is for us to win.

“So, if their horses have a bad night or don’t step up to the plate, we’ll be more than competitive.

“He hasn’t had the best preparation and didn’t race for 19 months, whereas Luke’s horses have had the perfect prep.

“But you can’t write us off either.”

Bankstown’s dynamic duo still in the thick o...
Keeping those ‘young guns’ in his sigh...
That was a drive the great ‘J.E.’ woul...
About author