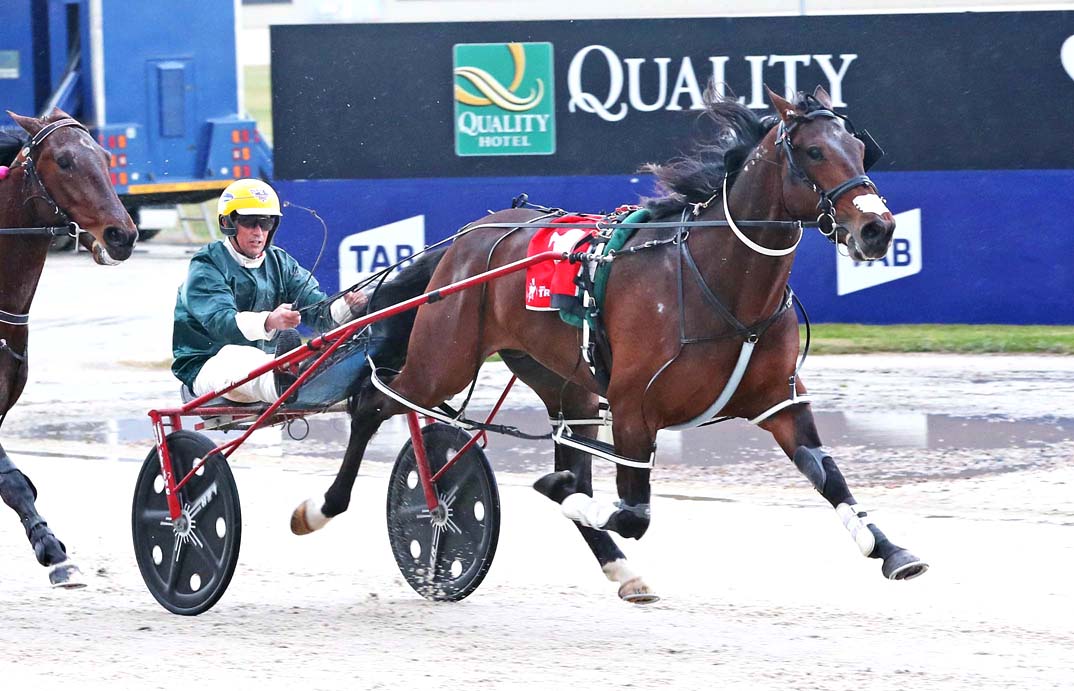 ONE has more ability, the other has had a better preparation, but both are capable of winning. That’s how champion horseman Gary Hall summed...

ONE has more ability, the other has had a better preparation, but both are capable of winning.

Hall will be represented by Speed Man and King Of Swing in the Group One as he aims for his fourth win from the past six editions.

A last start third behind Ocean Ridge and King Of Swing, Speed Man will begin from barrier two.

“He’s been plagued by bad draws, but has drawn a descent alley tonight,” Hall said. “He has been racing well and I like his chances from the draw.”

Making his debut for Hall last week, King Of Swing has drawn barrier three, with Gary Hall junior to take the reins.

“King Of Swing has loads of ability, but hasn’t had the preparation I would like,” Hall said. “He’s not exactly where I’d like him to be, but he is still good enough to win.”

With next season’s four-year-old majors in mind for the pair, Hall will send Speed Man and King Of Swing for a spell after their pending engagement.

“They will both go to the paddock after the Derby,” Hall said. “This is their last run for the season, then I’ll get them ready for the Golden Nugget and the other four-year-old races next time in.”

How Trista caught the bug from ‘Mr Inter Dom...
Late Mail with four specials for Menangle Tuesday
Takara Truffle produces career best run to win Gro...
Codi’s getting back to her best
About author