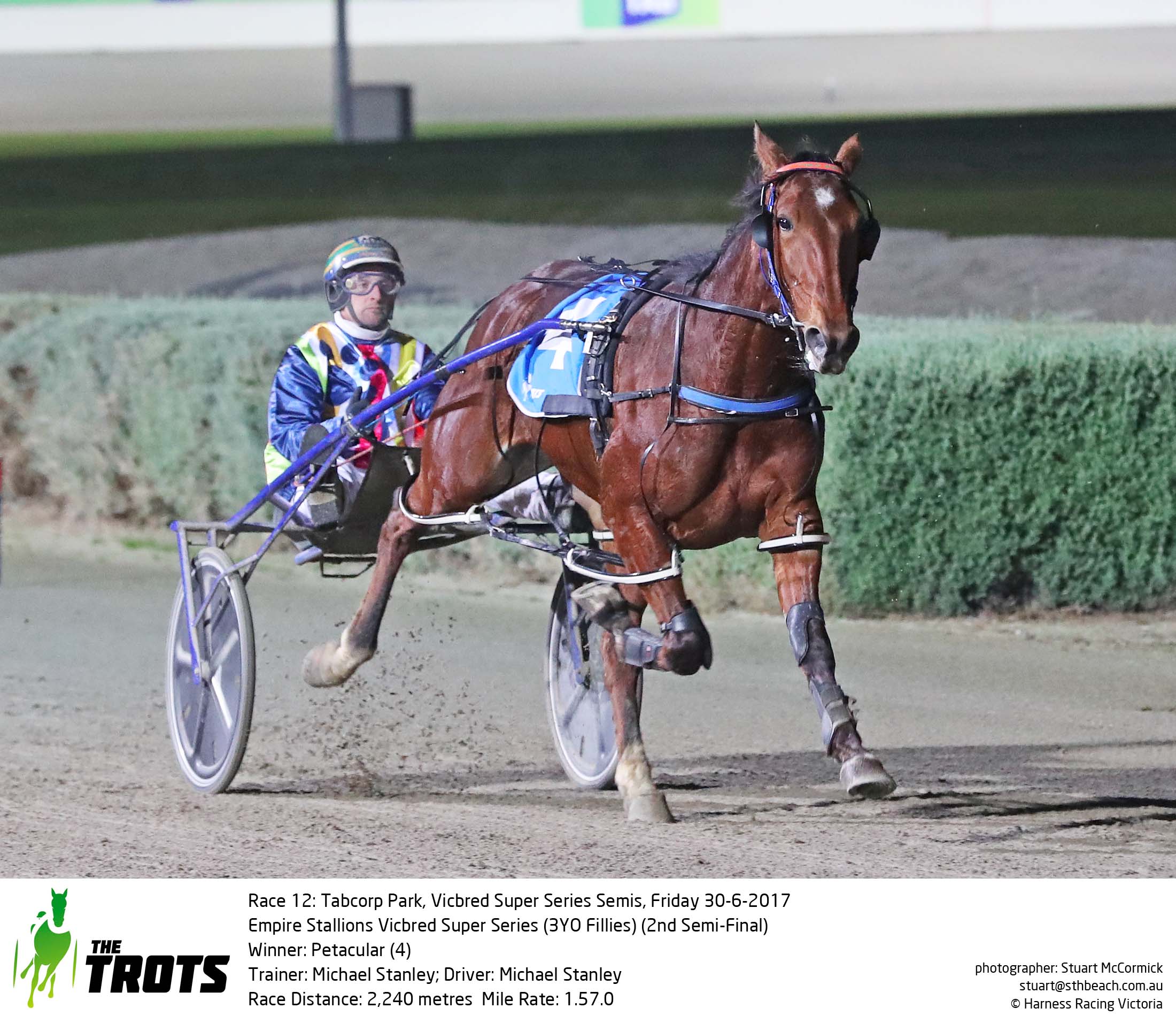 CONNECTIONS of top filly Petacular hope her recent change of luck in the barrier draw will continue when she contests Sunday’s Breeders’ Crown at Melton on Sunday.

Having qualified for seven Group Ones, Petacular has either drawn the second row or wide along the front on each occasion.

Despite the setbacks, the Australian Pacing Gold eligible youngster boasts a win and six placings, including the APG Final.

This time around the Michael Stanley-trained daughter of Somebeachsomewhere will begin from barrier three, with the horseman confident his stable flagship can end her season on a winning note.

Possessing her share of gate speed, Petacular will be push forward in a bid to lead throughout the 2240-metre clash.

“It’s great to get a good draw like this in a big one,” Stanley said. “I will be going forward from there looking to find the front.

“She has spent the last two seasons chasing everyone else in Finals so this time we will make them chase us for a change.”

Successful in her semi-final last weekend, Petacular has recovered well from the outing and is in peak condition for the weekend according to Stanley.

“She had a nice easy run in her semi and has come through it fine,” Stanley said. “I couldn’t be happier with her, she is in great shape and now it is full steam ahead.

“I can’t see any reason why she can’t finish off the season with a well-earned big win.”

Citing Partyon as the main danger, Stanley is also weary of Miss Graceland and Better B Chevron.

Also triumphant in her heat and semi, Partyon is aiming to replicate her clean sweep of last season’s edition of the futurity.

Partyon’s task has been made difficult by a second row draw.

Miss Graceland has also been dealt a blow after receiving the outside of the front line, while Better B Chevron will begin from five.

“It’s a Breeders’ Crown Final, so every runner in the race has to be respected,” Stanley said. “Any of them can win given the right conditions.

“Although she’s coming from the back, Partyon is still the one to beat. Better B Chevron has drawn well and you can’t underestimate Miss Graceland even from her draw.”