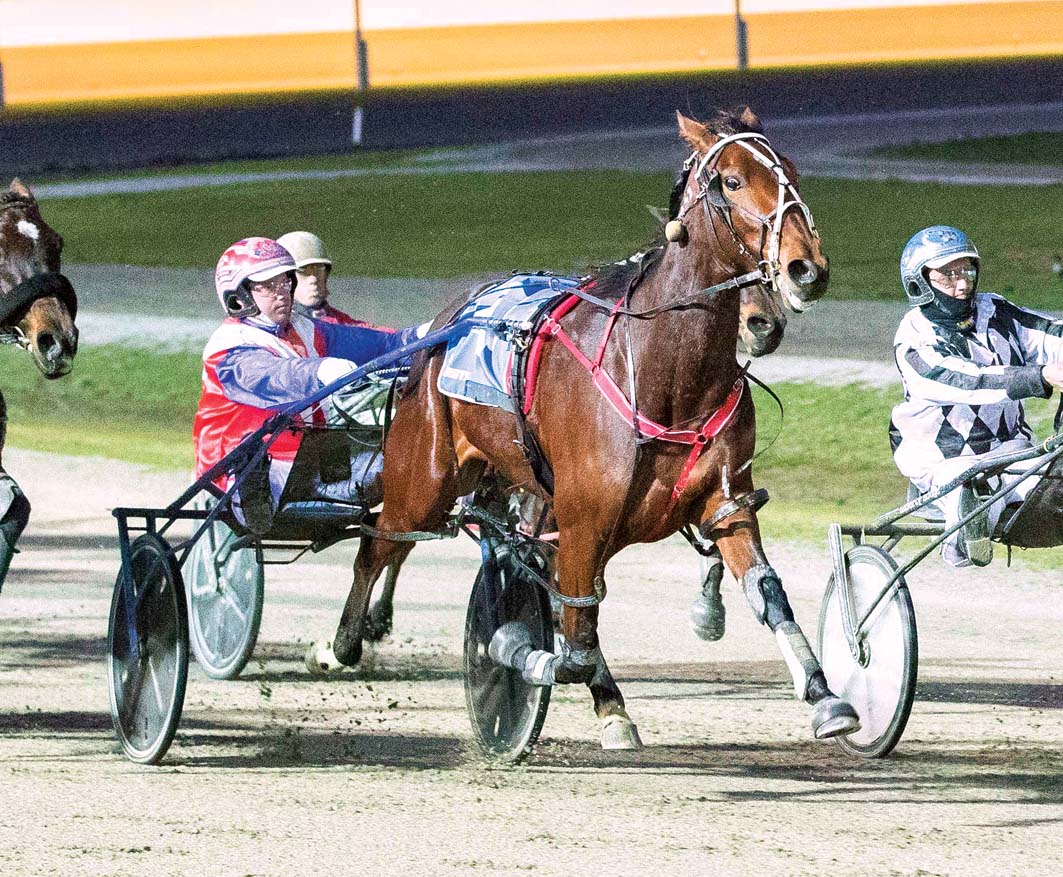 A TOUGH draw against a strong field has put Miss Streisand’s perfect beginning to the season at risk at Tabcorp Park Menangle on Saturday...

A TOUGH draw against a strong field has put Miss Streisand’s perfect beginning to the season at risk at Tabcorp Park Menangle on Saturday night.

The daughter A Rocknroll Dance will slot into eight with the removal of the emergencies.

Boasting seven wins from eight starts since crossing the Tasman, Miss Streisand heads into the Group Two as the winner of her five outings this season.

Positive the three-year-old can overcome her draw to continue her winning streak, Roots stated Miss Streisand’s chances rely on the tempo of the feature.

“She has drawn wide, which is not ideal, but it shouldn’t worry her too much,” Roots said. “If she lobs midfield from there I won’t be too concerned.

“If the race is run at a genuine tempo she will be hard to hold off.

“It is a strong field but I just don’t know if they have her speed. She is exceptionally fast, an exciting filly….the best horse I have ever raced.

“I just hope she can get a good trip into the race so people will get to see what she is really capable of.”

Second in the APG Final, Miss Halfpenny – which is first-up from a six-month spell – will come from gate five.