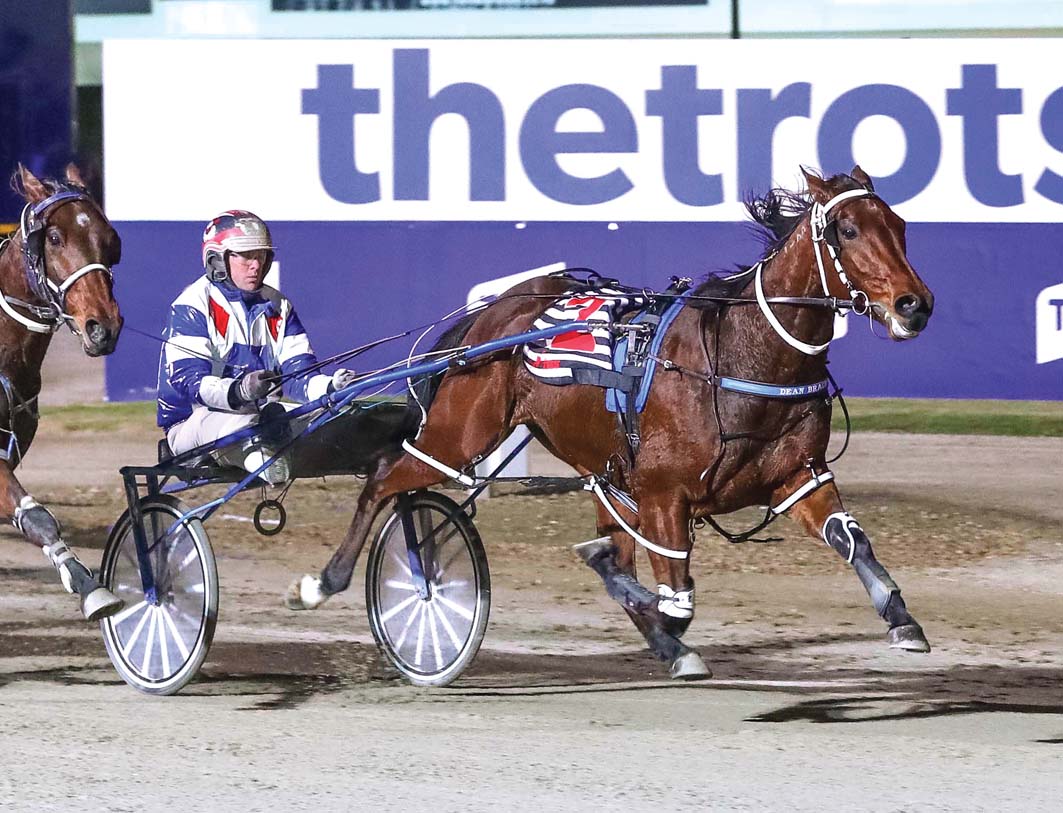 IN WHAT could be his last southern hemisphere start, Duplicated is drawn to maintain his perfect Australian record at Albion Park on Saturday night....

IN WHAT could be his last southern hemisphere start, Duplicated is drawn to maintain his perfect Australian record at Albion Park on Saturday night.

Recently sold to an American interest, Duplicated is engaged in the Queensland Derby where he is predicted to lead throughout from the pole.

Fresh from his South East Derby victory at the same venue last weekend, the Dean Braun-trained son of Somebeachsomewhere is unbeaten from five Aussie starts.

“He’s a very nice horse and Dean has a high opinion of him,” departing part-owner Pauline McColgan said. “He has done a wonderful job since he got here and will hopefully continue that on the weekend and beyond.

“He’s been sold to Richard Poillucci, who also owns Shartin and Nike Franco, which were trained in Australia by Dean before racing in America.

“I’m not sure whether he will race here again, although he is eligible for the Breeders’ Crown, so maybe those plans will remain in place.

“I do know he can’t fly to USA at the moment cause of the weather. It’s something to do with humidity over there and how they can get sick quite easily when they first arrive, so it’s best not to risk him.”

To be driven by star reinsman Luke McCarthy, Duplicated is a $1.04 favourite to add the time honoured Classic to his growing resume.

McCarthy is no stranger to winning the Derby. In fact, he is the feature’s most successful driver, having scored with Slipnslide in 2004, Tip Your Hat in ’06, For A Reason in 2010 and Bling It On in ’14.

Local star Colt Thirty One, which was gallant in defeat last weekend, is once again considered Duplicated’s main danger from barrier five.

Colt Thirty One captured the Victoria Derby against a star-studded field last January.

There’s an Angel in the outfield
Back to happy hunting ground
Turnbull’s treble treat
Hurrikane blows rivals away in $250,000 Final
About author