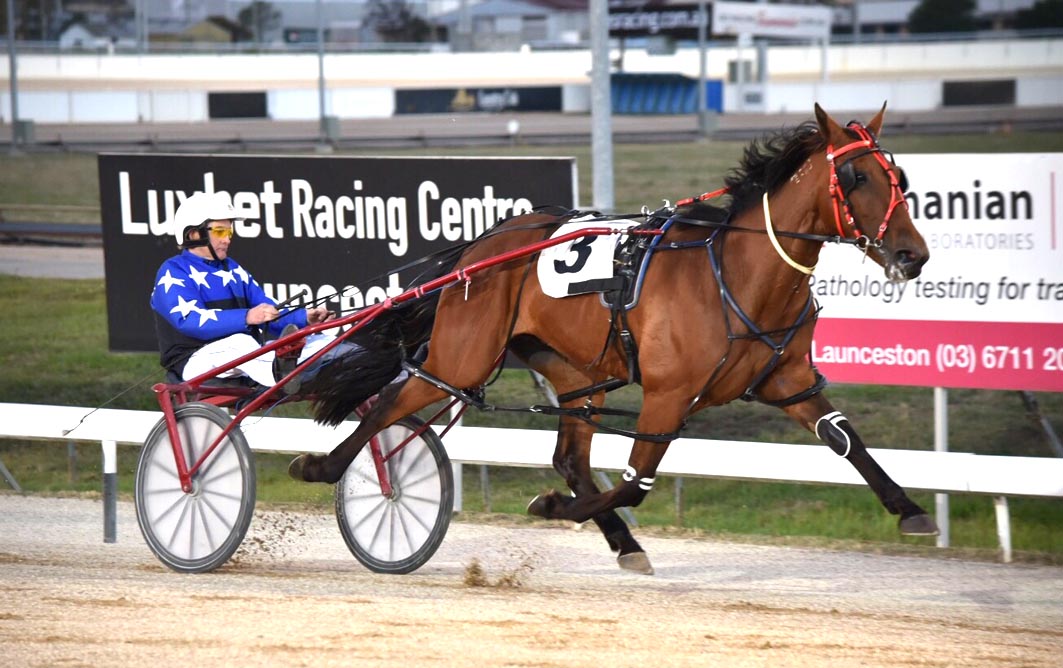 ASTUTE horseman Craig Hayes’ dream of consecutive Tasmanian Derby victories is becoming closer to reality as the countdown to the feature continues. Successful in...

ASTUTE horseman Craig Hayes’ dream of consecutive Tasmanian Derby victories is becoming closer to reality as the countdown to the feature continues.

Scooterwillrev was unbeaten from 11 starts on the Apple Isle heading into the Derby, while Semowillrev boasts an imposing tally of six wins and a third from seven outings.

Semowillrev registered his latest in Hobart last night with Gareth Rattray in the sulky.

“I am very happy with him,” Hayes said. “His two runs from a freshen up have been very good and he is ready to go on with it.

“He won first-up for 10 weeks, was better this time around and will be better again at his next start.

“I’ve got the Derby set as his priority and will find at least one more run for him between now and then to tighten him up.”

Settled towards the tail of the field from his second row draw, Semowillrev was angled three-wide without cover during the middle stages.

“He’s done a bit of work, but still did it quite easily,” Hayes said. “He has pulled up a treat and is ready to keep working towards the Derby.

“It’s still a month away, and by the time it comes around, he will be right at his peak.”