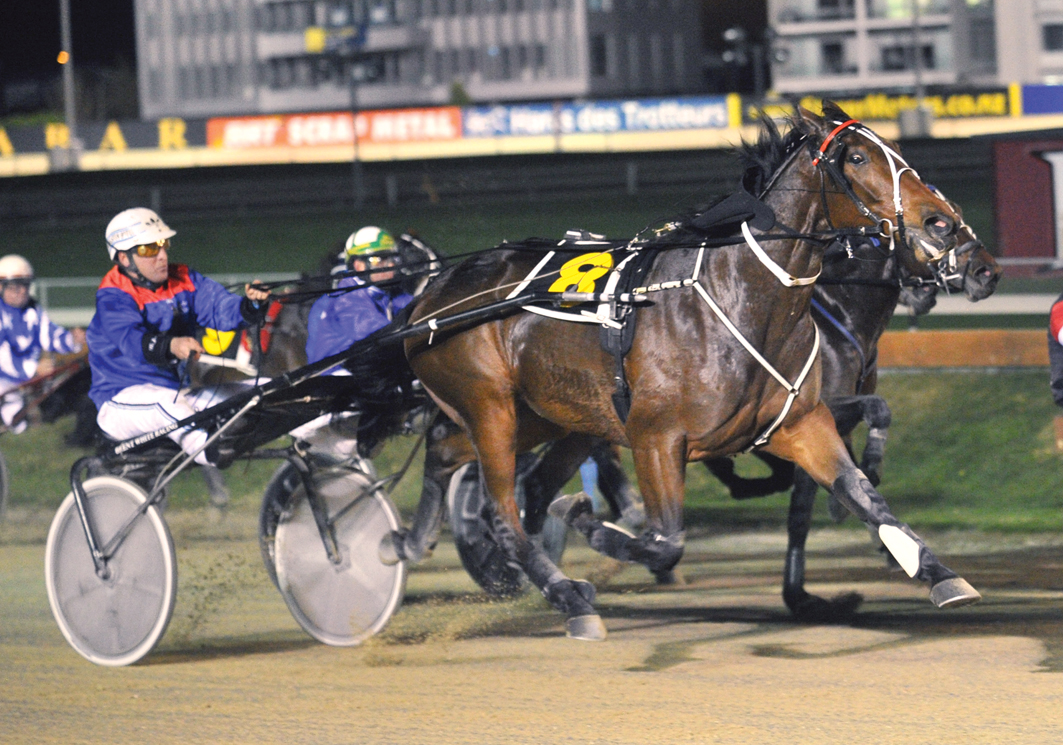 IT WAS a dream start to One Over Da Moon’s siring career when his first foal became a stakes winner at Addington last night....

IT WAS a dream start to One Over Da Moon’s siring career when his first foal became a stakes winner at Addington last night.

One Apollo took out the Listed $68,250 Yearling Sales Two-Year-Old Trot in the hands of Stephen McNally for trainer Brent White.

His breeders, Lex and Heather Williams, retain a share in the juvenile after White purchased him at last year’s Christchurch yearling sale for $20,000.

“Brent chose him and we said let’s stay in and enjoy racing him too,” Lex said.

Naturally, they are overjoyed their brainwave to serve two of their mares with semen from their then four-year-old trotting entire while he was racing has paid off.

“We are absolutely thrilled,” Williams said.

“To breed a horse that wins a nice race is special, but the fact we bred his father and owned his mother, so our first true home-bred foal, that was an extra thrill.”

Williams says the feedback has always been excellent from White on One Apollo.

“Brent’s done a great job with him,” Williams said. “He’s always liked him and he kept telling us he was targeting this race.

“He’s been going way better than he has shown on race night; inexperience has cost him a few times.”

Word must have gotten out fairly early that White like his purchase because the demand for One Over Da Moon’s semen went up 18 months ago despite him not really being marketed.

“There are 13 weanlings on the ground by him at the moment,” Williams said. “We’ll probably have to consider turning him in to a full-time stallion next breeding season.”

Unfortunately, One Over Da Moon wasn’t racing on the same card as his son, but is due to tackle a race at Addington next week for trainer Paul Nairn.

As for One Apollo, he’s likely to miss next month’s Harness Jewels, with a spell on the cards.

“He’ll probably head for the paddock now,” Williams said. “Last night’s stakes don’t count towards his tally and we could possibly have started at Oamaru next week.

“Taking advice from Brent, who thinks he will be a far better three-year-old and right up with the best ones.”