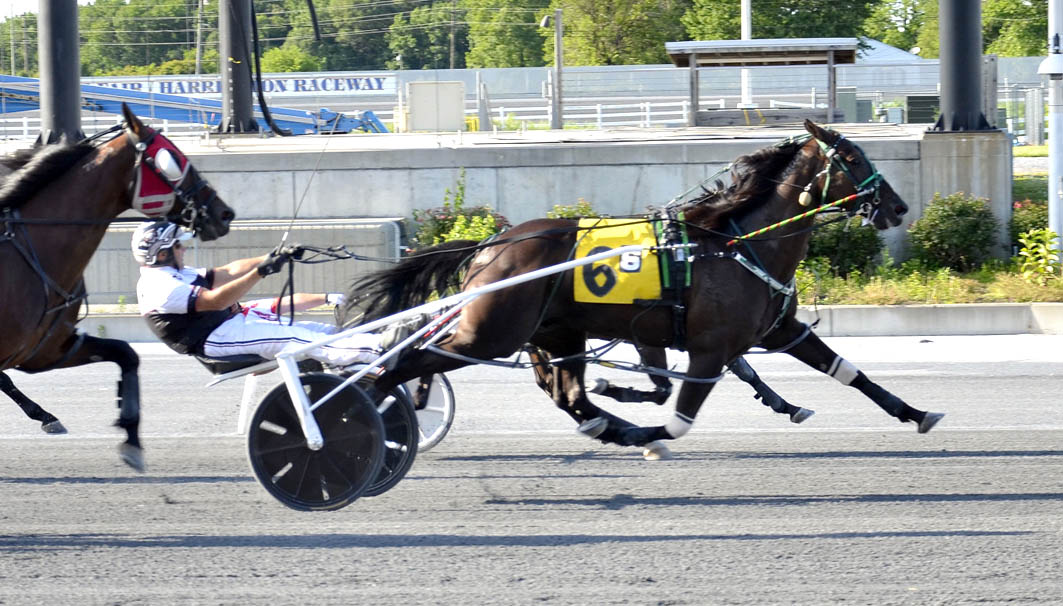 IN AN accident-marred featured race, a $20,000 Open Pace at Harrington Raceway, Jo Ann Looney-King’s Q’s Cruise was a 1:52.3 winner over Abbeydorney and...

IN AN accident-marred featured race, a $20,000 Open Pace at Harrington Raceway, Jo Ann Looney-King’s Q’s Cruise was a 1:52.3 winner over Abbeydorney and Allwillworkout.

The accident involved three horses and drivers and occurred on the final turn near the three-quarter mile mark.

All Night Party and driver Mike Cole fell and impeded the progress of two other trailing horses, Star Messenger, driven by Tony Morgan and McKenry with Bret Brittingham in the cart, which unseated their drivers.

Brittingham which suspected broken wrists and Morgan were transported via ambulance to nearby Bay Health Hospital, with Milford attended for further evaluation.

Cole walked off under his own power. None of the horses suffered major injuries.

No further information on the status of the driver injuries was available at the time of writing.

Trained by Jim King junior, Q’s Cruise notched his fourth win of the year. Ross Wolfenden, who drive Q’s Cruise, had four wins on the card.