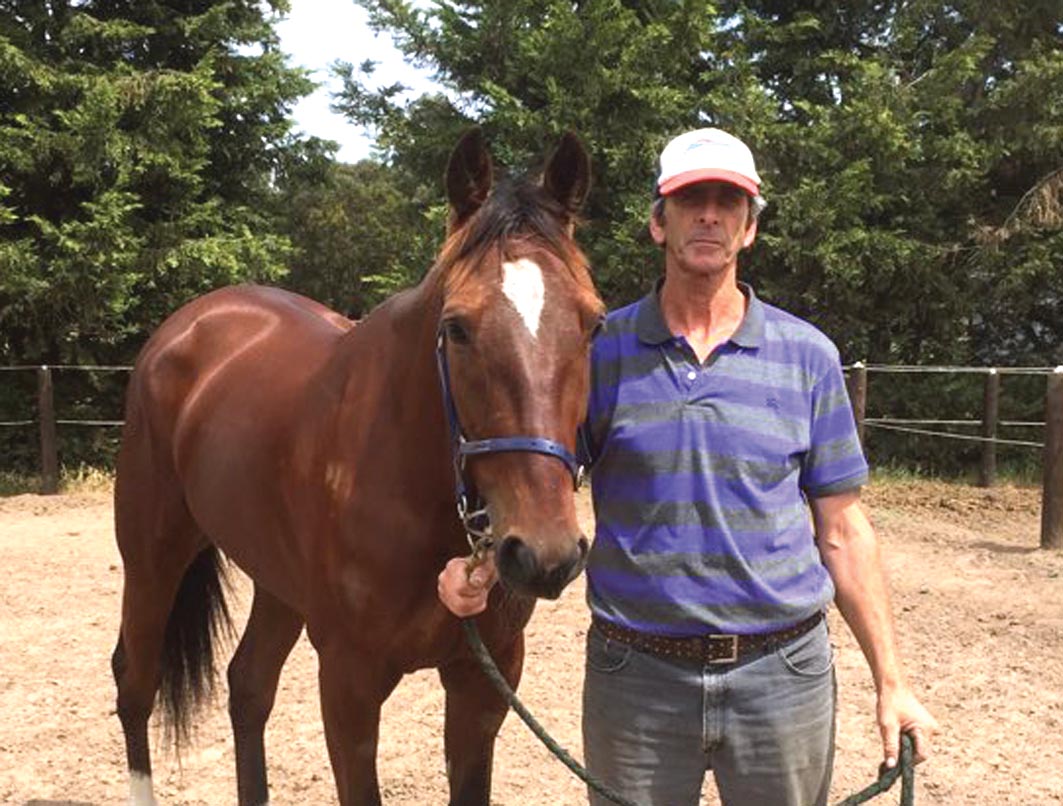 Driving again after he “nearly carked it”

ALMOST seven years after a horrific accident forced him out of the sulky, David Barbetti made a successful return to driving at Kilmore yesterday....

ALMOST seven years after a horrific accident forced him out of the sulky, David Barbetti made a successful return to driving at Kilmore yesterday.

Partnering Radius, which he also trains, Barbetti settled the debutant in the breeze from barrier three before gaining cover at the bell.

Angled three-wide leaving the back straight, the son of Art Major sprinted to a soft six-and-a-half metre win from Cullens Legend, with Cheeky Major a metre-and-a-half away third.

“He’s a nice horse, which I have pretty big opinion of,” Barbetti said. “He had a few little problems, such as being rough gaited, early on but I’ve ironed them out.

“His owners been very patient with him as it shows with him making his debut as a four-year-old.

“I believe he will make a pretty nice horse. He is very strong and if he finds a little more speed, which he lacks, he will get through the grades.”

Radius’ victory provided Barbetti with his first driving win since scoring behind Runaway Shaka at Tabcorp Park Melton in October 2011.

Not long after Runaway Shaka’s triumph Barbetti was squashed by a young pacer he was breaking in, which resulted in the horseman smashing his pelvis and hip.

“I used to ride them and one day I was breaking a young one in when it slipped over backwards really quickly and fell on me,” Barbetti recalled.

“I nearly carked it and it took me years to get back to any sort of recovery.

“You never fully recover from an injury like that, you just learn to adjust to it.

“I’ve been training throughout the years since, but had a little bug to get back and drive so I thought ‘bugger it, I’ll have a go’.

“I won’t drive all the time and am still happy to engage the professionals, but having the licence there when needed is a good thing.”