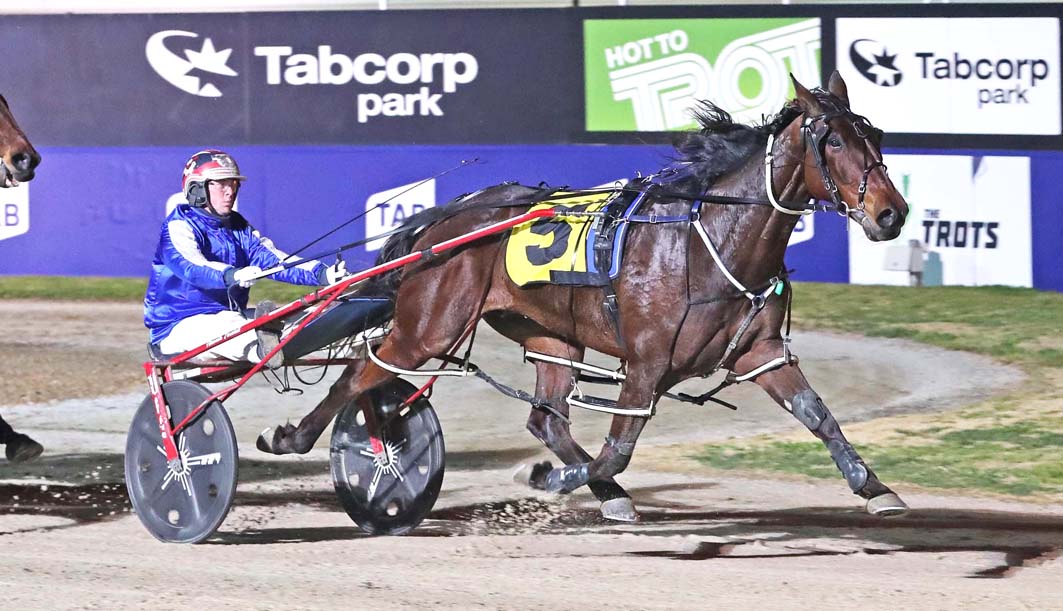 COMEBACK pacer Love Ina Chevy had a highly-successfully weekend, with victories both sides of the equator.

Successful at Tabcorp Park Melton on Friday night, the Lance Justice-trained gelding was also among the award winners in Canada!

Love Ina Chevy’s story relating to his battle for survival from a snake bite was judged Best News Article by the World Trotting Council yesterday.

The multi-award winning article was written by Paul Courts and published on leading website www.harnessnews.com.au

Thrilled with the five-year-old’s double dose of success, Justice was quick to share the glory.

“As has been well-documented, a lot of work from a lot people went into helping him survive the ordeal,” Justice said. “Each of them is part of his story.

“To have an article written about the effort from everyone to help him survive and now thrive is fantastic and something which really shows the passion people in harness racing have for their horses.

“As for his win at Melton, Nathan (Jack) did a top job filling in for me after I was a late scratching from being crook.”

After leading with the son of Jeremes Jet, Jack made the winning move when elected to take a trail behind Gotta Go Henry.

“That’s his third win in the past two months and he’s going along pretty well at the moment,” Justice said. “The ordeal, although a while ago now, has taken its toll on him, but he’s still pretty close to being where he was before it.

“I’ve got nothing special picked out for him…just keep finding the right races.”