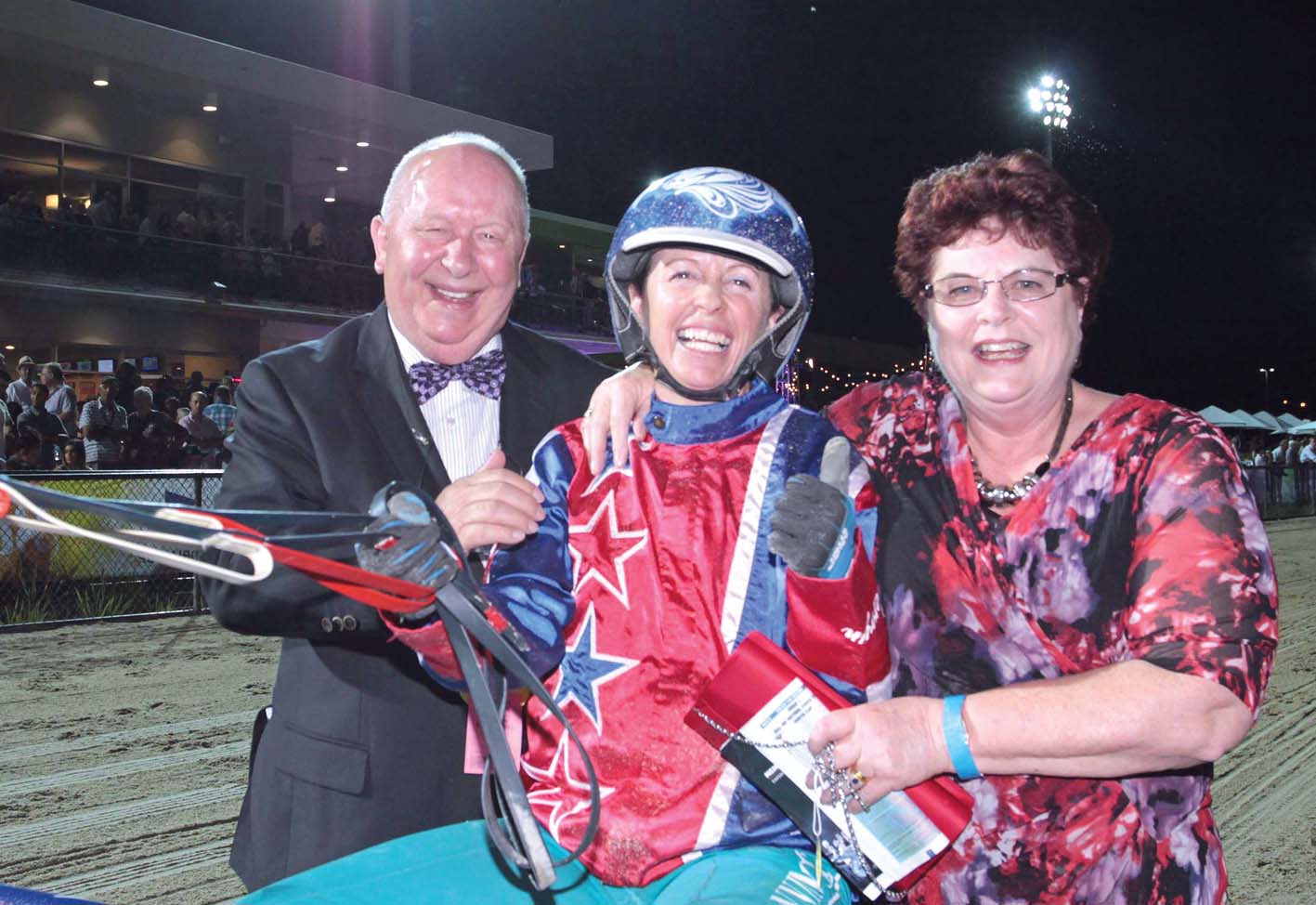 KERRYN MANNING with owners Merv and Meg Butterworth after winning the 2015 A G Hunter Cup with Arden Rooney - the last local victory!

WHEN discussing Duke Of Wellington prominent owner Merv Butterworth has never hidden the fact he has a high opinion of the pacer. No stranger...

WHEN discussing Duke Of Wellington prominent owner Merv Butterworth has never hidden the fact he has a high opinion of the pacer.

No stranger to owning Group One winners, Butterworth believes Duke Of Wellington has the potential to make his way to the top echelon.

With seven wins and six placings to the four-year-old’s name from 14 starts, it is difficult to argue with Butterworth’s faith.

Last January at his second start from a nine-month spell, Duke Of Wellington finished third behind Poster Boy and Spankem in The Bonanza.

“He was the only one drawn the back row in The Bonanza and never really got a solid go at them in the straight,” Butterworth said.

“It was a top run and he hasn’t put a step wrong since. He’s definitely on the way up.”

This time around the Kerryn Manning-trained gelding has drawn barrier four, with the son of American Ideal slotting into three with removal of the emergency.

“It’s a nice draw,” Butterworth said. “If nothing goes wrong between now and then I’m very confident with him.

“Everything is thumbs up!”