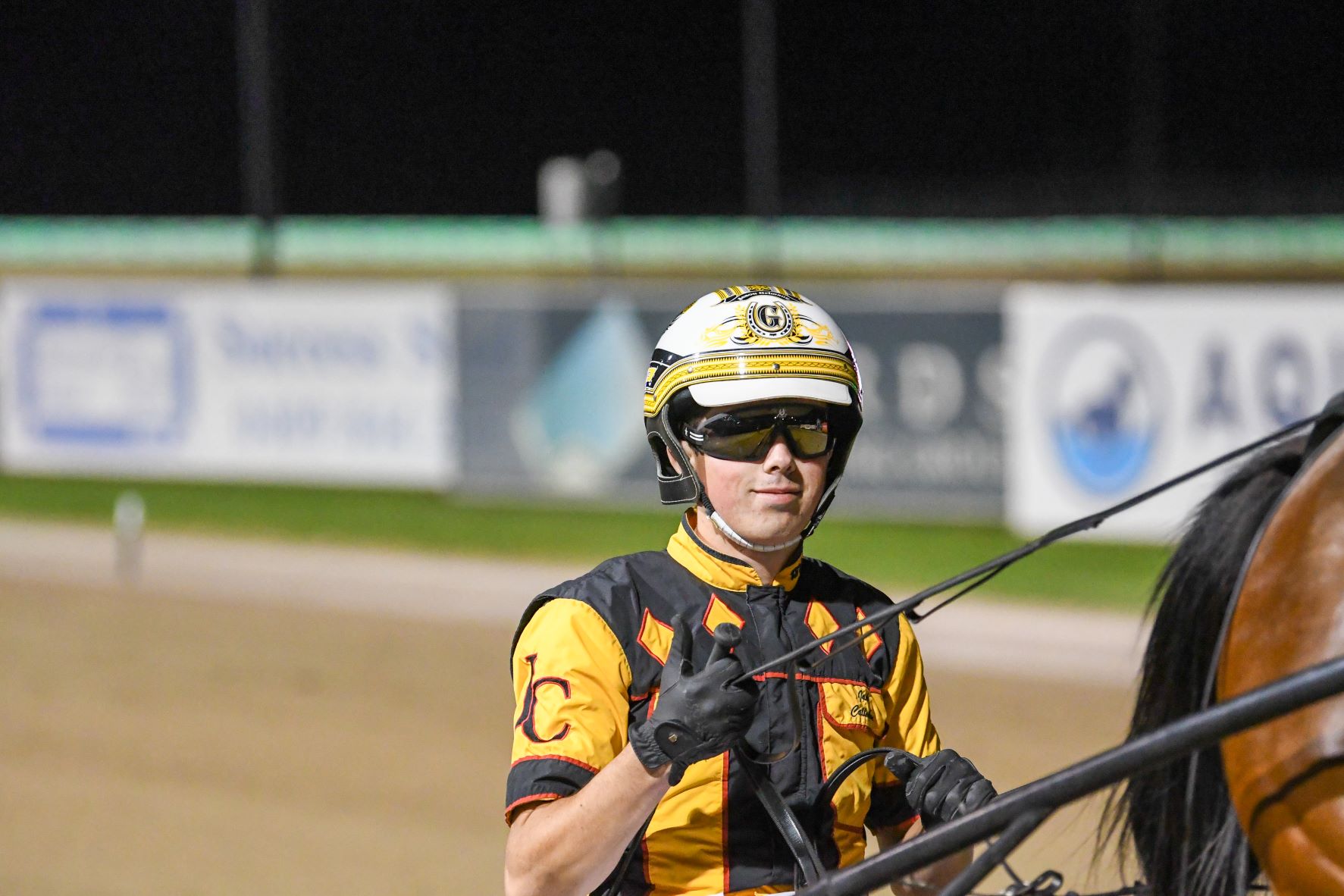 TWO of harness racing’s young lions were ready to spring when our leading reinsman Cameron Hart was handed a short suspension last week.

With Hart sidelined, Jack Callaghan and Josh Gallagher wasted no time getting into the winners’ circle.

Callaghan landed Cherishthememories a winner at Menangle on Saturday night, then backed that up with a winning treble at Penrith at Sunday night’s meeting, which had been postponed from Thursday night.

The former Newcastle horseman was successful with Fancy, Tigerlicious and Heavenly Wisdom in successive races.

Another junior reinsman Josh Gallagher matched that effort though, scoring with Spock, Major Statement and Breivika.

Ironically the three other Penrith races were all won by Gavin Fitzpatrick as the trio dominated the meeting.

All three are in demand at Tabcorp Park Menangle today with Callaghan to drive two favourites, Fancy ($2.50) in Race 2 and Euro Beat ($1.40) in Race 5.

Gallagher will also be looking to continue his great form today after a busy day, landing a winning double at Newcastle yesterday.

“She beat most of these horses when she won here two starts ago.

“I like her chances because she can do it tough and, over a mile, she should be able to go forward and get a good trip and still have a kick at the end.”

Gallagher admitted it always felt like you were driving well when you get a few winners on the same night.

“It sure beats going home with your tail between your legs,” he said.

Meanwhile Champion reinsman Mark Purdon gets the chance to equal Ricky May for the most number of wins in the race when he handles defending champion Self Assured in today’s rich New Zealand Cup at the famous Addington track in New Zealand.

“A lot of great drivers have finished their careers without winning this race and you only get one chance a year,” said Purdon.

“But Self Assured will need to be at his best to beat the likes of Classie Brigade and Copy That.”

Purdon has also ruled out a start in this month’s Inter Dominion with Self Assured.

He’s the star of one of Sydney’s most ...
Troy’s double shot at success
Jack gets shot at launching US mare’s career...
Robbie has the last laugh . . . this time
About author