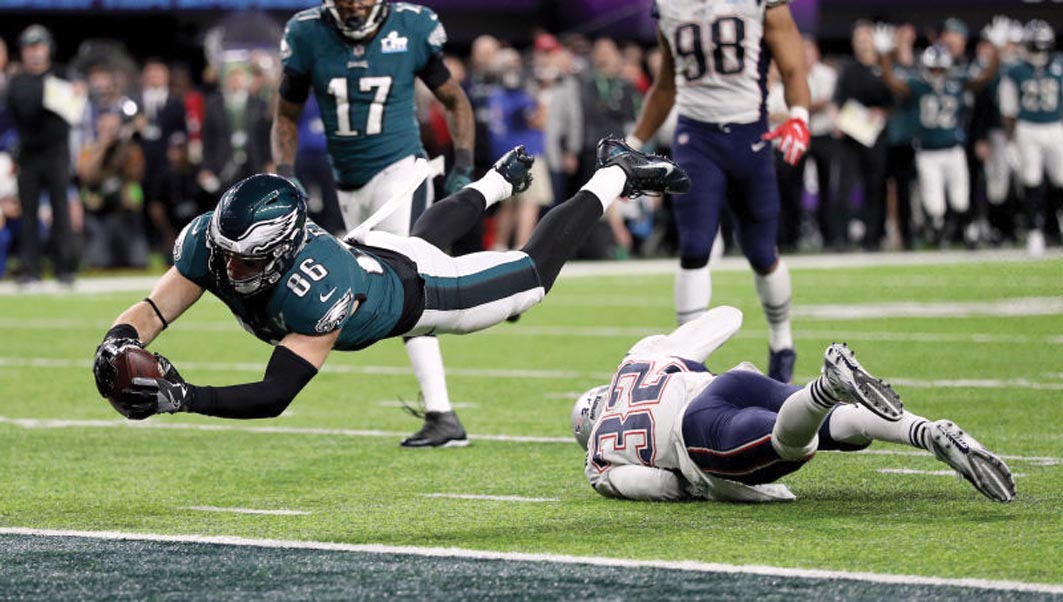 AS THE Philadelphia Eagles soared to grand heights during yesterday’s Super Bowl, the omen bet of the afternoon scored a ‘touchdown’ at Cobram. Trained...

AS THE Philadelphia Eagles soared to grand heights during yesterday’s Super Bowl, the omen bet of the afternoon scored a ‘touchdown’ at Cobram.

Trained and driven by David Aiken, Higherthananeagle made his way into the ‘end zone’ with a scintillating performance in the George Croxford Tribute.

After working to the lead from barrier five, the Australian Pacing Gold graduate was never seriously challenged on his way to a 13-and-a-half metre win from Shez All Rock, with Cullens Legend five-and-a-half metres away third.

Rating 1:55.2 over 2170 metres, Higherthananeagle sliced three-tenths of a second from Cuttheattitude’s track record established in May 2010.

“That was a great run from him and shows he is back to his best,” Aiken said. “I made no secret of the fact I had a big opinion of him as a two-year-old last season, but a few things went wrong and he didn’t live up to expectations.

“He did well at his first few starts, then dropped off. I had him gelded while he was spelling and he has come back feeling pretty good.

“His run in the Victoria Derby heat when fifth at his first run back from a spell was solid and he has improved a bit since then.”

Confident the son of Mach Three can fulfil his potential this campaign, Aiken has set his sights on the New South Wales Derby.

Heats of the Blue Riband are scheduled to be run at Tabcorp Park Menangle on February 17, with the Final the following week.

“We’ll head up to Sydney next for the Derby and see how he goes,” Aiken said. “He will certainly improve from yesterday’s run and be better again next time out.”

“I nearly did a Matty Craven”
Maiden victory for popular horsewoman
Update on National Ratings Based Handicapping Syst...
Thompson glad that he had a Bitgoingon
About author