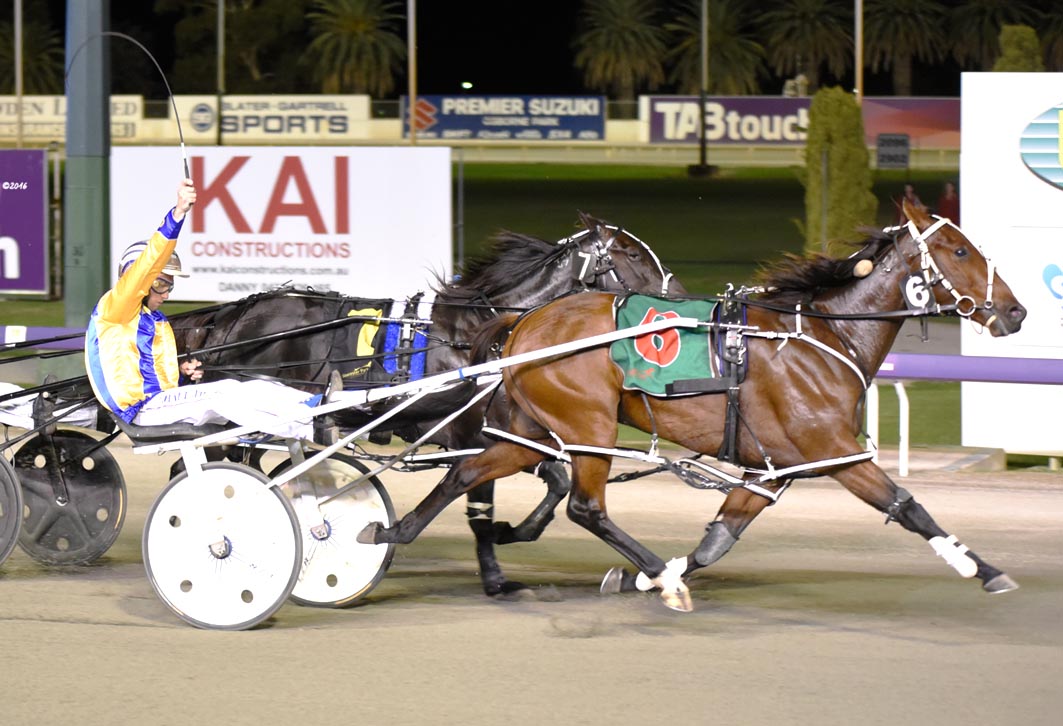 East coast trip on the cards

In what will be a huge coup for the Grand Circuit opener, trainer Gary Hall has reserved a flight across the Nullarbor to tackle the Group One.

Victory – or a strong performance – will see Hall confirm his plans to head east with the five-year-old.

Chicago Bull scored against similar company when second-up from a spell a fortnight ago.

“I’ve tentatively booked the flight over for the Victoria Cup,” Hall said. “Whether he travels over will rely on how well he goes tonight.

“We’ll know more after that.”

Chicago Bull’s task has been made difficult by a back row draw, with the son of Bettors Delight to begin from barrier 10.

The gelding’s main danger, Soho Tribeca, has drawn alongside him in 11.

“The draw isn’t ideal, so we’ll have to see how the race pans out,” Hall said. “His work has been great and he will be fitter this time around.”

Outside of his possible hit-and-run mission to the east coast, Chicago Bull’s primary aim is the Perth Inter Dominion.

Heats of the time-honoured Championship are due to be run at Gloucester Park on November 24.