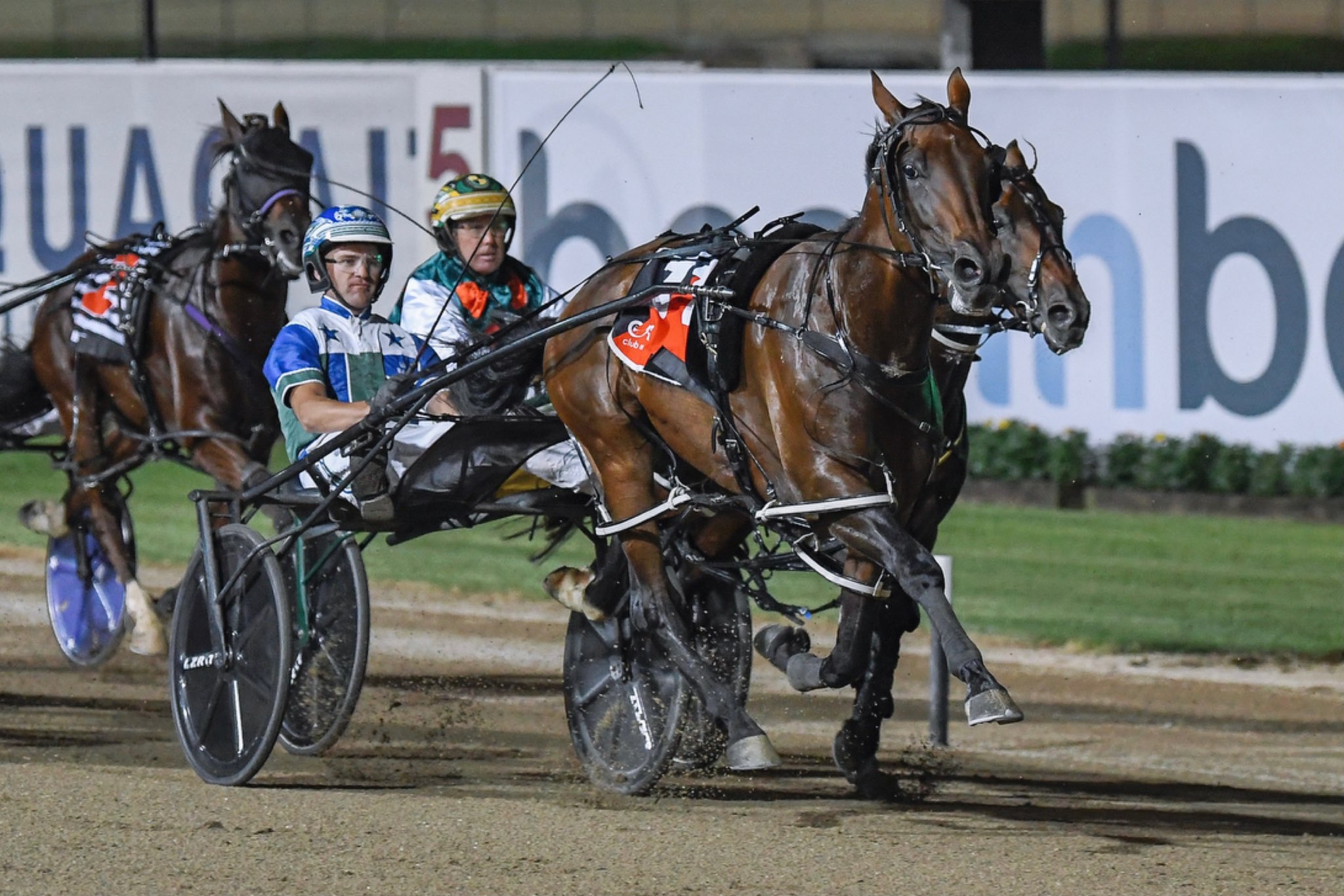 Ego’s aside . . . McCarthy’s just too good for them

LUKE McCarthy simply thrives when the big races roll around. And the champion reinsman was at his best tonight to land the Group 1...

LUKE McCarthy simply thrives when the big races roll around.

And the champion reinsman was at his best tonight to land the Group 1 $200,000 Chariots Of Fire at Tabcorp Park Menangle with a supreme display aboard amazing pacer Expensive Ego.

Drawn closer to the outside fence than the inside, McCarthy had to be at his wily best to land the four-year-old feature, scoring in a stunning 1:48.9 beating a plucky Zeuss Bromac (Gavin Fitzpatrick) and Victorian success story Kowalski Analysis (Sophie Arvidsson). The lone mare in the race, Stylish Memphis finished a close fourth.

Ever the perfect sport, McCarthy paid tribute to Expensive Ego’s former trainer David Thorn who prepared the horse, including several Group 1 wins, before he was transferred to Team McCarthy.

“This horse had some tendon problems and that’s the only reason we got him,” said McCarthy,

“David Thorn did a superb job with him but we needed to be able to swim him and use the water walker and that has made a massive difference to this horse.”

McCarthy explained that from the wide gate he didn’t have a lot of options on where he would settle.

“I dropped him out and didn’t get involved in any of the early speed battles,” said McCarthy.

“Then we got a nice cart into the race on the back of Bondy’s horse (Minstrel).

“He was so strong last week that we were quietly confident going into this race.

“He travelled really well throughout the race, was three-wide and then two-wide but he’s such a good trier this horse – he never gives up.”

Expensive Ego became the second horse into the Miracle Mile, joining Newcastle Mile winner The Black Prince as the first two into the $1million race in two weeks.

“When you can go 1:48 you are always going to be competitive – even in a Miracle Mile,” said McCarthy.

“He’s just as good when he can race off the speed and I’m sure he’ll handle it well.”

While nothing could be taken away from Expensive Ego’s stunning victory, third placegetter Kowalski Analysis also earned plenty of plaudits with his mighty effort to lead early and still be a contender in the run to the line.