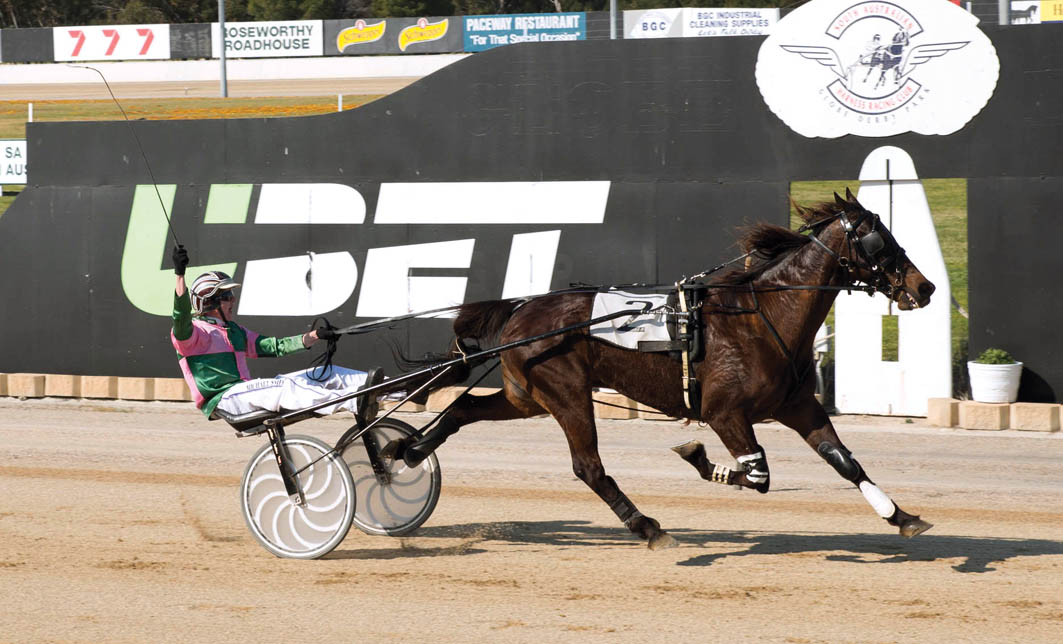 EMOTIONS were at a premium after The Dutchman broke a drought from the winners’ circle at Globe Derby yesterday. Registering his first victory since...

EMOTIONS were at a premium after The Dutchman broke a drought from the winners’ circle at Globe Derby yesterday.

Registering his first victory since last February, it was also the veteran trotter’s initial win since the passing of his trainer, Alan Smith.

With Smith’s son, David, taking over the preparation of the gelding, his grandson, Michael, drove The Dutchman to glory.

Leading throughout from two, The Dutchman scored by 13 metres from the David-trained and driven, Drinktous Wroxton, with Gus Or Bust a neck away third.

“It was definitely emotional to have him win,” David said. “It was a lowly graded race but meant a fair bit to us.

“To win with that horse not long after Dad passed away is pretty special.

“Dad, Michael and I have won races with more prestige and prize money, but I heard Michael describe it as the best race he has ever won which is due to the sentimental value of it.”

A milkman by trade, Smith followed his father, Frank, into harness racing, including driving the great Minor Derby in track work as an early teenager.

Completing his first win with Coronation Day at Port Pirie as a 17-year-old, Smith became Australia’s equal oldest race winner at 81 when he partnered The Dutchman to glory on February 25.

“This was the last horse Dad won with, so get another win from him after Dad’s passing is very special to our family,” David said.

With Harness Racing SA paying tribute to Smith with a race named in his honour on Saturday night, David admits emotions will once again be at a high.

“To have the board honour and farewell Dad in such a way is very humbling,” David said. “It will be another emotional night for us, but one we are also grateful and very proud of.”

Mr Consistency breaks through
What’s the issue with Vin Knight?
Are these your lucky APG lottery numbers?
Well earned spell for Group Two winner
About author