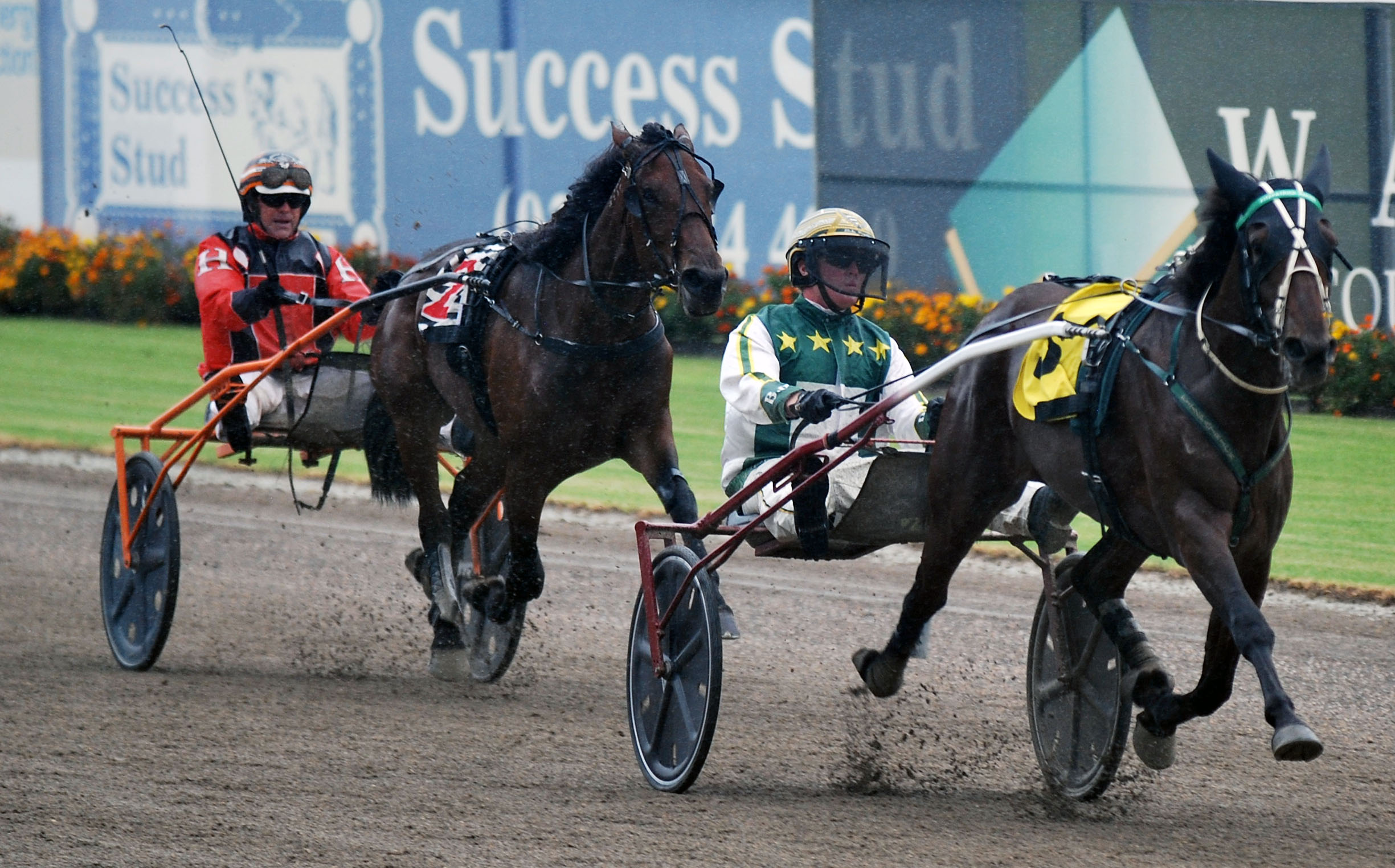 Menangle park trainer Tiarn Sutton has thrown all her eggs in the one basket, entering all three of her runners in the opening race... 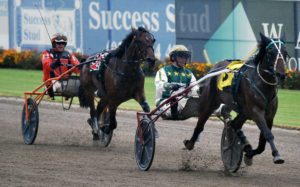 Menangle park trainer Tiarn Sutton has thrown all her eggs in the one basket, entering all three of her runners in the opening race at her home track today.

It will be a family celebration if Sutton is successful as she will rely on her husband Leigh Sutton, father Glenn McElhinney and her brother Bryse in her three-pronged assault.

Sutton will be hoping to seize a trifecta at huge odds with her three outsiders, Yank The Tooth, driven by her father Glen, Theytellme, guided by her husband Leigh and Melpark Sunshine, with her brother Bryse in the gig.

She realises it will be a difficult task for her three runners, which should start at double-figured odds, to hold out the in-form Blake Fitzpatrick-trained Empire Bay.

With Jack Trainor in the gig today, three-year-old Empire Bay is seeking two consecutive wins, having won at the Menangle circuit last week.

He finished more than 80 metres ahead of Sutton’s trio in that race and will face them again today on the front line in the standing start handicap for trotters.

Fitzpatrick’s gelding is familiar with the Menangle track, having recorded six placings in his previous eight starts at harness racing headquarters.

Recording five wins from 22 starts, Empire Bay has yet to break the two-minute barrier with a best winning mile rate of 2.01.1 seconds.

Another interesting aspect of today’s meeting is the appearance of Barrie Rattray who will drive two horses trained by his son James.

The Tasmanians will team up in the second race with Grecian Holiday and Stryker in the following race.

With only the one run under her belt, the filly Grecian Holiday may be better than her form suggests as she has backed up with a decent trial effort at Menangle following her last placing at Canberra.

The lightly-raced (seven starts) Stryker may be a better proposition for the Rattrays as it bids for a second victory.

Having won its only race at Penrith last month, the son of Mach Three, will be striving to double his tally of wins in what looks to be an open race.

Other notable runners at the meeting include General Joy, seeking consecutive wins at the Menangle track.

He should start a short-priced favourite in the fifth race for Cobbitty trainer Michael Doltoff.

Despite being drawn wide, having talented reinsman Luke McCarthy in the gig should give the three-year-old son of Somebeachsomewhere a good chance of claiming its sixth career victory.

Meantime, the Shane and Lauren Tritton-trained Eh Ef El will compete in the seventh event on the nine-race card.

A son of Christian Cullen, Eh Ef El is attempting to win four in a row at the Menangle track.

Recording nine wins from his 24 starts, the Tritton’s gelding has some ability, having posted a best winning mile rate of 1:52.1s earlier this month.

With Chris Geary in the gig, the five-year-old will start as the widest runner in the 10-horse field.

Geary, who is second on the NSW Drivers’ Premiership, will hope to close the gap on current leader Amanda Turnbull.