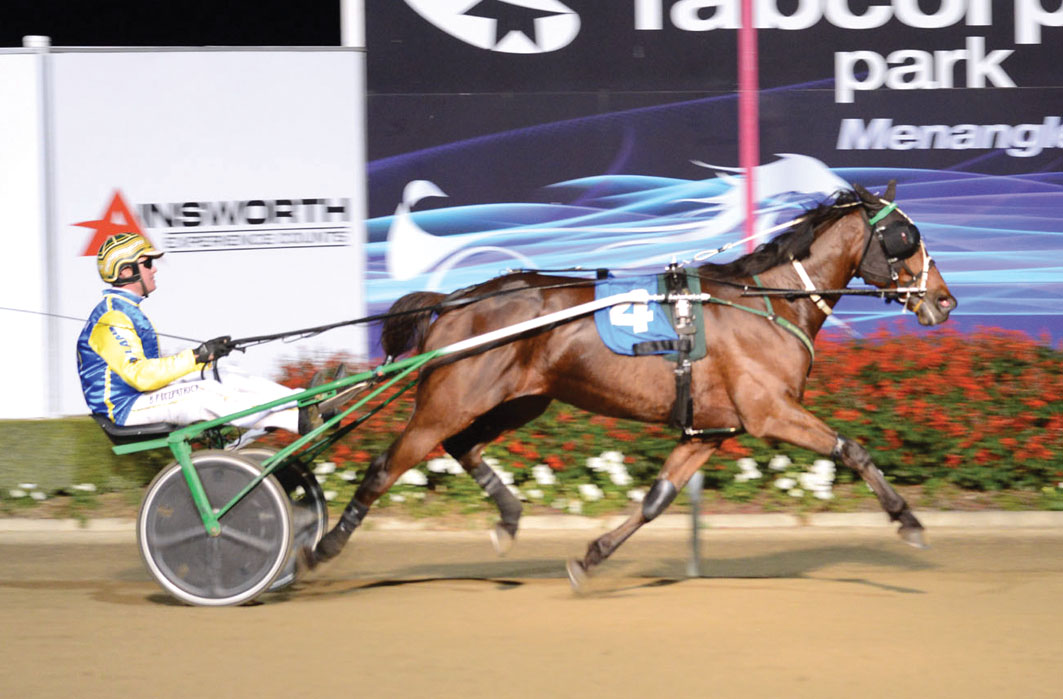 Empire to return to winners’ bay

TALENTED trotter Empire Bay should have little trouble returning to the winners’ circle at Tabcorp Park Menangle on Saturday night. That’s the call from...

TALENTED trotter Empire Bay should have little trouble returning to the winners’ circle at Tabcorp Park Menangle on Saturday night.

That’s the call from trainer Blake Fitzpatrick, who believes the gelding’s previous run is to be overlooked.

Winner of his two prior starts, Empire Bay struck trouble during his most recent outing, which resulted in the son of The Pres breaking stride.

“He was travelling really well on the turn and was going to play a role in the finish, but got checked and broke,” Fitzpatrick said.

“His form before that was strong, and without any bad luck this time, I expect him to race just as well.

“He’s been working fine and will go well from the front line.

“Tough Monarch went well at his last start and is the one to beat even off his 10-metre mark.”

Looking to continue racing Empire Bay through the grades, Fitzpatrick has his sights set on the New South Wales Four and Five-Year-Old Trot series, which concludes with a $30,000 Final on May 26.

“For now I will just keep finding suitable races heading into the Breeders’ Challenge,” Fitzpatrick said.

“He also has the Breeders’ Crown down in Victoria at the end of the season if he is still racing well enough.”