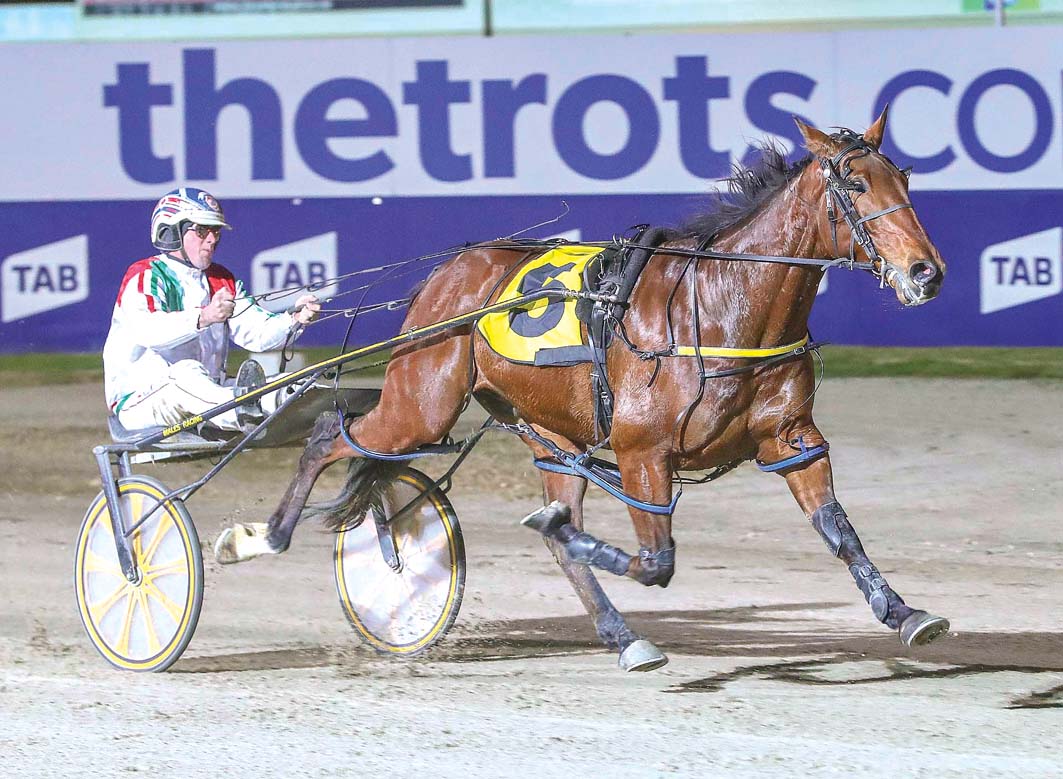 Ex-patriot Aussie too slick in USA

It was a strangely-contested contested, with 3-5 choice Mac’s Jackpot — from post position two — in no hurry early.

He was set to get away fourth until one-leaver, Benhope Rulz broke, wiped out another leaver, I’marocnrollegend.

Mac’s Jackpot then defaulted into a pocket behind pole long shot Highland Tartan before a 26.1-second opening quarter mile.

San Domino, away third from post three, then moved to engage Highland Tartan.

As the former was overhauling the latter before a 1:22.4 three-quarters, Mac’s Jackpot was in desperate need of an opening.

With The Real One to his outside, Mac’s Jackpot couldn’t go anywhere, eventually dropping back noticeably.

Meanwhile, San Domino opened two-length off the final turn before disposing of The Real One by a length in 1:50.4.

Highland Tartan held third, with another for Aussie Theartofconfusion fourth.