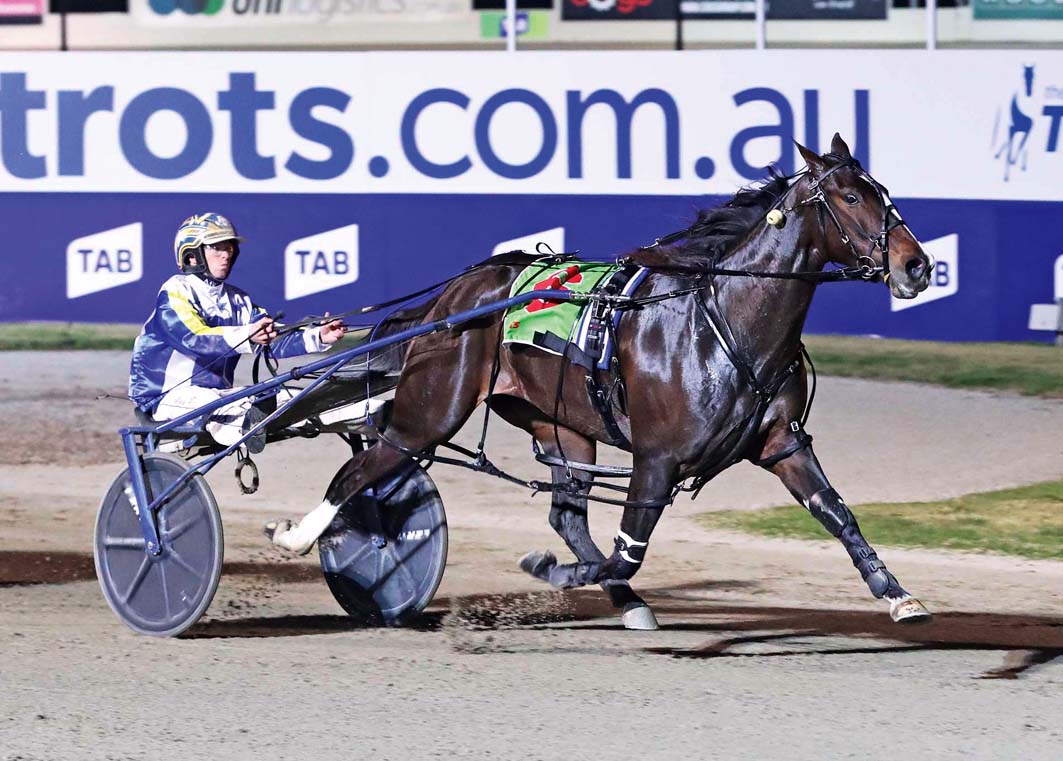 EXCITING youngster Shez All Rock is well positioned to capture her second Group One at just her eighth start! Winner of the New South...

EXCITING youngster Shez All Rock is well positioned to capture her second Group One at just her eighth start!

Winner of the New South Wales Oaks last February – which was her fifth outing – Shez All Rock is the pre-draw favourite for Victoria’s Blue Riband next weekend.

Trained by Mark Pitt, Shez All Rock signalled her intention for the Classic with an eye-catching heat win at Tabcorp Park Melton last night.

With Pitt holding the reins, the Australian Pacing Gold purchase began quickly to lead from barrier six before completing a four-metre win from Nostra Villa, with Passions Delight 10 metres away third.

“I couldn’t be happier with her,” Pitt said. “Once she got to the front she was never going to be run down and felt very strong at the finish.

“That was only her second run since the New South Wales Oaks eight weeks ago, so she will benefit from it and be better again in the Final.”

Sold to Christopher Ryder after her Oaks triumph, the daughter of Rock N Roll Heaven stretched her record to an impeccable six wins and a second from seven starts by rating 1:56.9 over 2240 metres.

The three-year-old’s time was six-tenths of a second quicker than Speak No Evil in the second qualifier.

A member of the powerful Emma Stewart stable, the daughter of Well Said is also building an imposing tally with six wins from eight starts.

“She’s a nice type, which is improving all the time,” Stewart said. “The Final is going to be another step up for her, but she won’t disgrace herself.”

Settling two-back along the pegs from the pole, Aqua Miss finished along the sprint lane to score by three-and-a-half metres from Soho Burning Love, with Sociable a neck away third in 1:58.2.