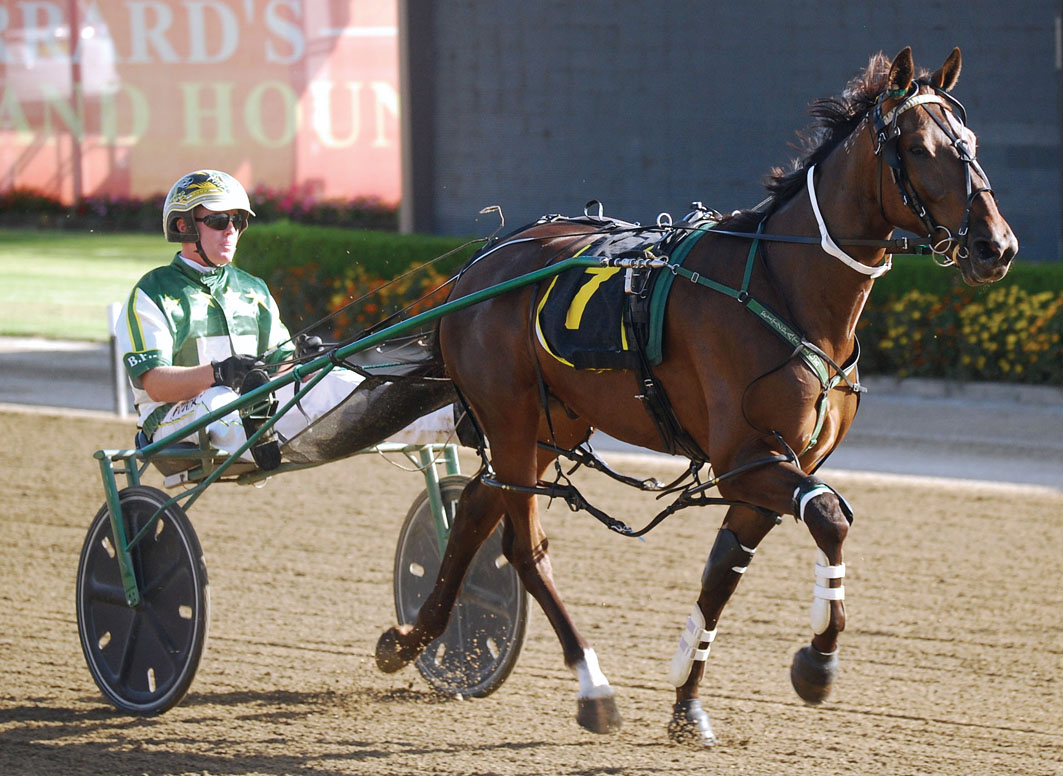 EXCITING freshman Leonidas will round out his feature race preparation in Penrith tonight. Being primed for the New South Wales Breeders’ Challenge semi-finals, Leonidas...

EXCITING freshman Leonidas will round out his feature race preparation in Penrith tonight.

Being primed for the New South Wales Breeders’ Challenge semi-finals, Leonidas will compete against older company for trainer Blake Fitzpatrick.

Fitzpatrick cited a lack of suitable options as the reason behind the two-year-old stepping out of his age group.

“He has won his Breeders’ Challenge heat and there are no other races for him, so I was forced to put him against the older ones,” Fitzpatrick said.

“This will be his last hit out before the semis and all going to plan he will get into the Final.”

Boasting four wins from five starts, the son of Mach Three will begin from the pole, which has seen him installed a prohibitive $1.10 favourite.

“It is never easy racing against older horses but barrier draw helps a lot,” Fitzpatrick said. “I’m very happy with the way he is going.

“He has never been better and will be hard to beat.”

Following his Breeders’ Challenge engagements the Australian Pacing Gold purchase will be aimed at the Breeders’ Crown in August.

“I will give him a break after the Challenge to freshen him up for the Crown, which will see out his season,” Fitzpatrick said.

“It is a strong year with some smart colts around so he will have to keep improving for when those bigger races come along.”