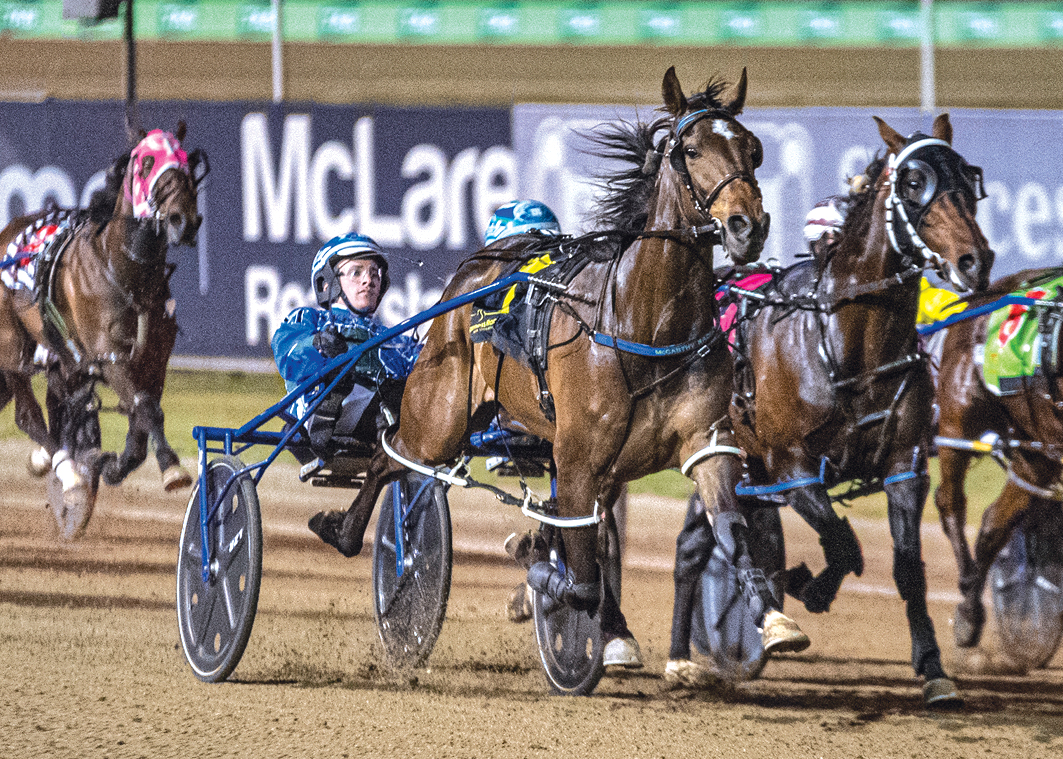 A CAMPAIGN against Australasia’s best pacers is on the cards for Jack Farthing. Boasting three wins from his past four starts – including an...

A CAMPAIGN against Australasia’s best pacers is on the cards for Jack Farthing.

Boasting three wins from his past four starts – including an impressive victory at Tabcorp Park Menangle last night – Jack Farthing will be given the opportunity to “prove his worth” during the next few months.

Should the son of Mcardle progress has hoped, trainer John McCarthy will aim him at the time-honoured Miracle Mile.

The southern hemisphere’s premier sprint is scheduled to be staged in Menangle on March 7.

“He’s got a lot of speed and can follow the pace really well,” McCarthy said. “He gives the impression he can keep going to the higher level, but whether he does time will tell.

“For now he will keep racing around Menangle to prove his worth, but I am looking at the Miracle Mile with him.

“He’ll certainly be given his chance to go in one of the heats to see how he measures up.”

Driven by McCarthy’s son Todd, Jack Farthing began quickly to lead from barrier seven before being crossed by Alta Orlando and then being shuffled to two-back along the pegs when Ellmers Image worked to the front.

Angled away from the inside turning for home, Jack Farthing unleashed a scintillating spring down the middle of the track to score by two metres from Ellmers Image, with Alta Orlando a head away third.

“That’s the kind of run he thrives on,” McCarthy said. “When he can get a trip like that he is always going to be hard to hold out at any speed.”