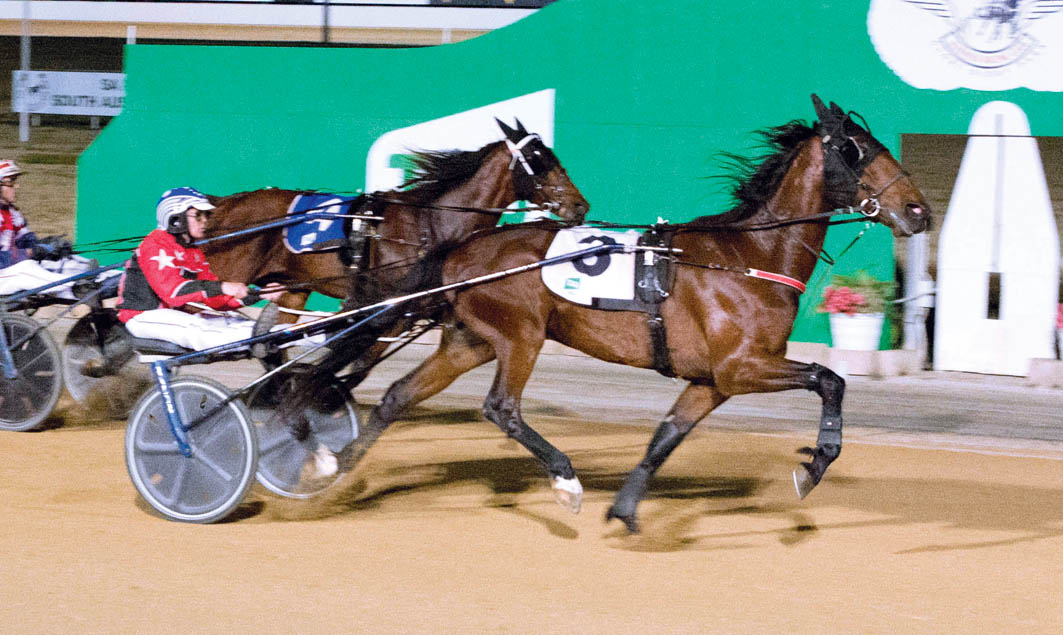 IT DOESN’T matter how old you are, if you have kids of your own or even if you are the chairman of a state...

IT DOESN’T matter how old you are, if you have kids of your own or even if you are the chairman of a state governing body – you’re never too old to do what your Dad tells you!

Chairman of Harness Racing SA at the time, Hartwig was told by his father, Bill, to purchase a colt by bidding “as high as needed.”

Ironically, Allwood chief Bob Fowler was the under bidder.

“My Dad just liked the way he moved and said we’re buying him no matter what,” Hartwig explained. “I asked him what is our limit and he said as high as needed, just get him.

“So my brother Scott, Dad and I bought him.”

Making his debut at Globe Derby during the weekend, the youngster – now known as Sir Roman – provided Bill with a sense of “I told you” by scoring in impressive fashion.

Driven by Dani Hill, Sir Roman began well from barrier three to be positioned outside the leader, Sovereigne Bay.

Forging his way to the front halfway along the home straight, the son of Somebeachsomewhere completed a three-and-a-half metre win from Sovereigne Bay, with Caballo Diablo 14 metres away third.

“It was a pretty nice run first-up,” Hartwig said. “There is plenty to like about him.

“We’ve owned horses for a long time, but this one is getting us excited.

“At this stage it is fair to say Dad was right on the mark!”

‘Lucky’ to have a champion back-up
Time to reminisce
Can King reign against tough foes?
Another night of domination for power couple
About author