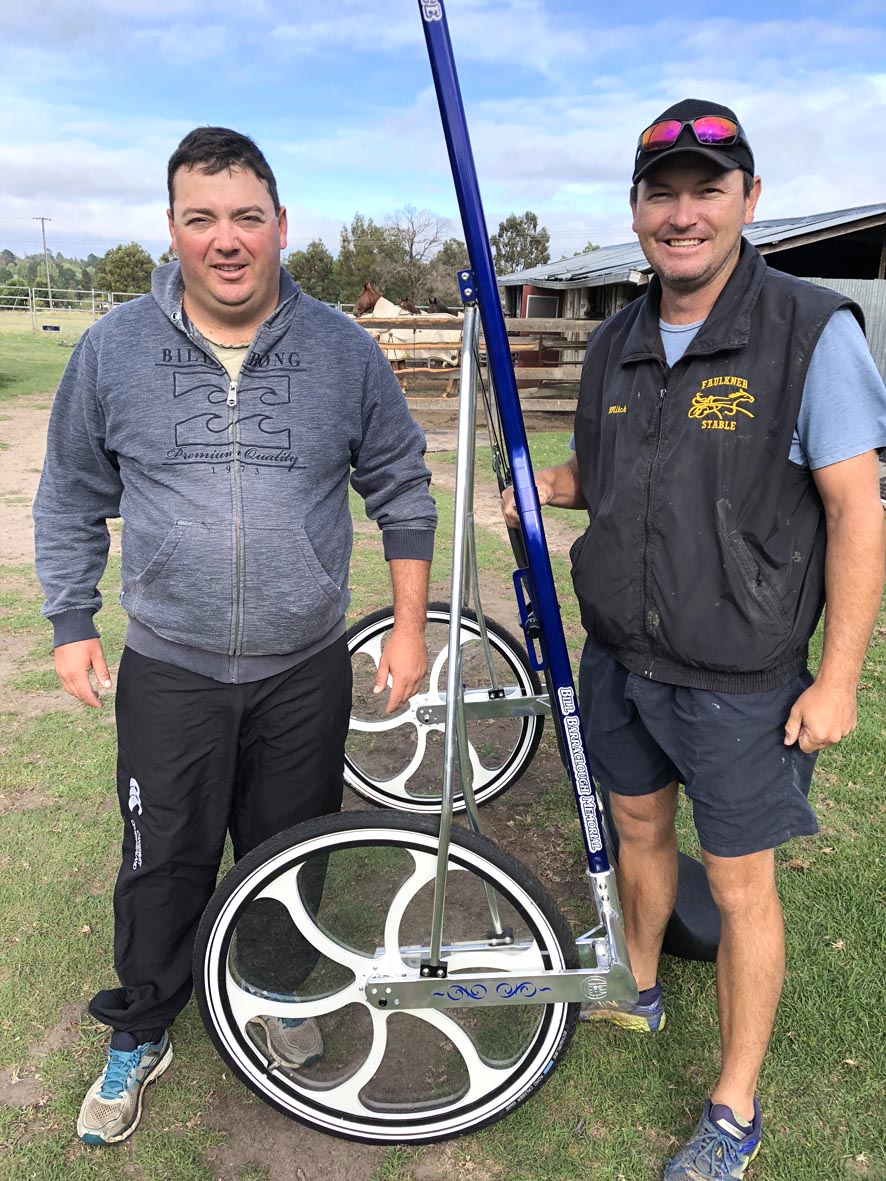 Faulkner has his eye on the prize

URALLA trainer Mitch Faulkner has been the caretaker of the Missile Gig in recent weeks and he’s not planning on handing it over! The...

URALLA trainer Mitch Faulkner has been the caretaker of the Missile Gig in recent weeks and he’s not planning on handing it over!

The sulky is part of the spoils which go to the winner of the Missile Bill Barraclough Memorial at the Armidale on Sunday.

Faulkner will contest the event with Monterei Bay, which he hopes can ensure the sulky stays where it is.

Returning from a spell last week, Monterei disappointed when failing to be on his best behaviour.

“The horse has just come back from a spell and we gave him a start at Inverell last week, but he galloped out,” Faulkner said.

“Hopefully this week he behaves and is there when the whips are cracking.”

The gelding will begin from barrier five, with his main dangers, Pure Laughter and Last Party, drawn three and eight.

Pure Laughter has finished second at its last two starts, while Last Party is first-up from a six-month spell.

“Last Party is a danger as is Pure Laughter,” Faulkner said. “Pure Laughter has been racing in Newcastle and just got beaten last week. I think it has got a sneaky little hope.”

The feature is named in honour of one of the club’s stalwarts – Bill Barraclough – who passed away just over 12 months ago.

“I drove for Bill when I was a junior driver,” Faulkner said. “I drove a winner for him, Berrane Tom, at Tamworth in 2004. Bill also trained a winner of the Tamworth Cup in Kelvin Kid.

“Even when he was really sick in the end he would always turn up at working bees.”

Preview: Menangle September 12
Locals have it on a Plate
Titans to clash during Inter second round
Spectacular Petacular Crown celebration
About author