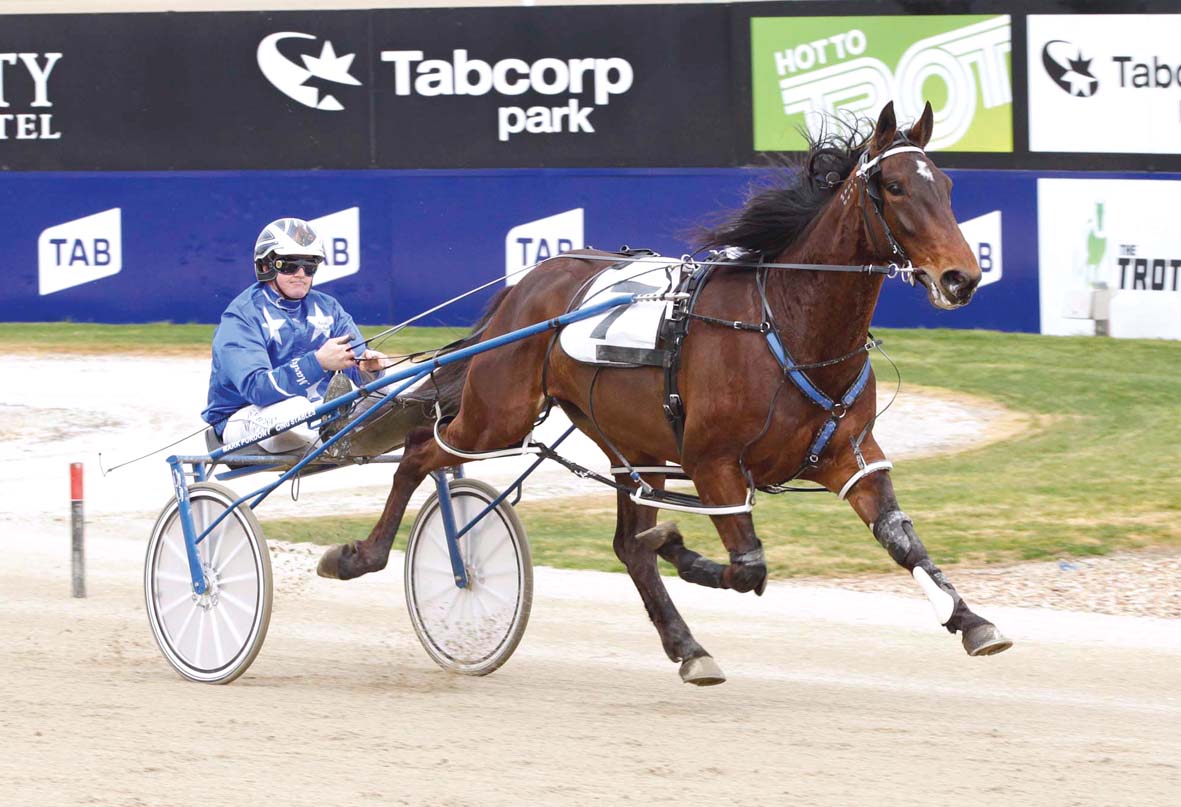 A FAVOURABLE draw has well-bred pacer Bechers Brook in a strong position to add another feature to his growing tally. Engaged in the Four-Year-Old...

A FAVOURABLE draw has well-bred pacer Bechers Brook in a strong position to add another feature to his growing tally.

As such the entire has been listed at the top of the betting market at $2.80.

A last-start second behind the state’s premier performer of his crop – Jack Mac – Bechers Brook is in peal condition according to Reed.

“He will be very hard to beat,” Reed said. “He put in a good run behind Jack Mac, which is a superstar, last time around and has trained on well since.

“It’s a small, but very strong field, but he’s certainly ready for it.

“I’ve also got Golden State in the field and he will also go well from barrier five.

“He was disappointing at his last start but I had lugging pole on him and he resented it.

“There is not much between the two of them with the right run on the night about the only thing separating them.”

“He is building a pretty solid record of his own,” Reed said. “He’s got plenty of potential and should keep getting better as he goes along.”