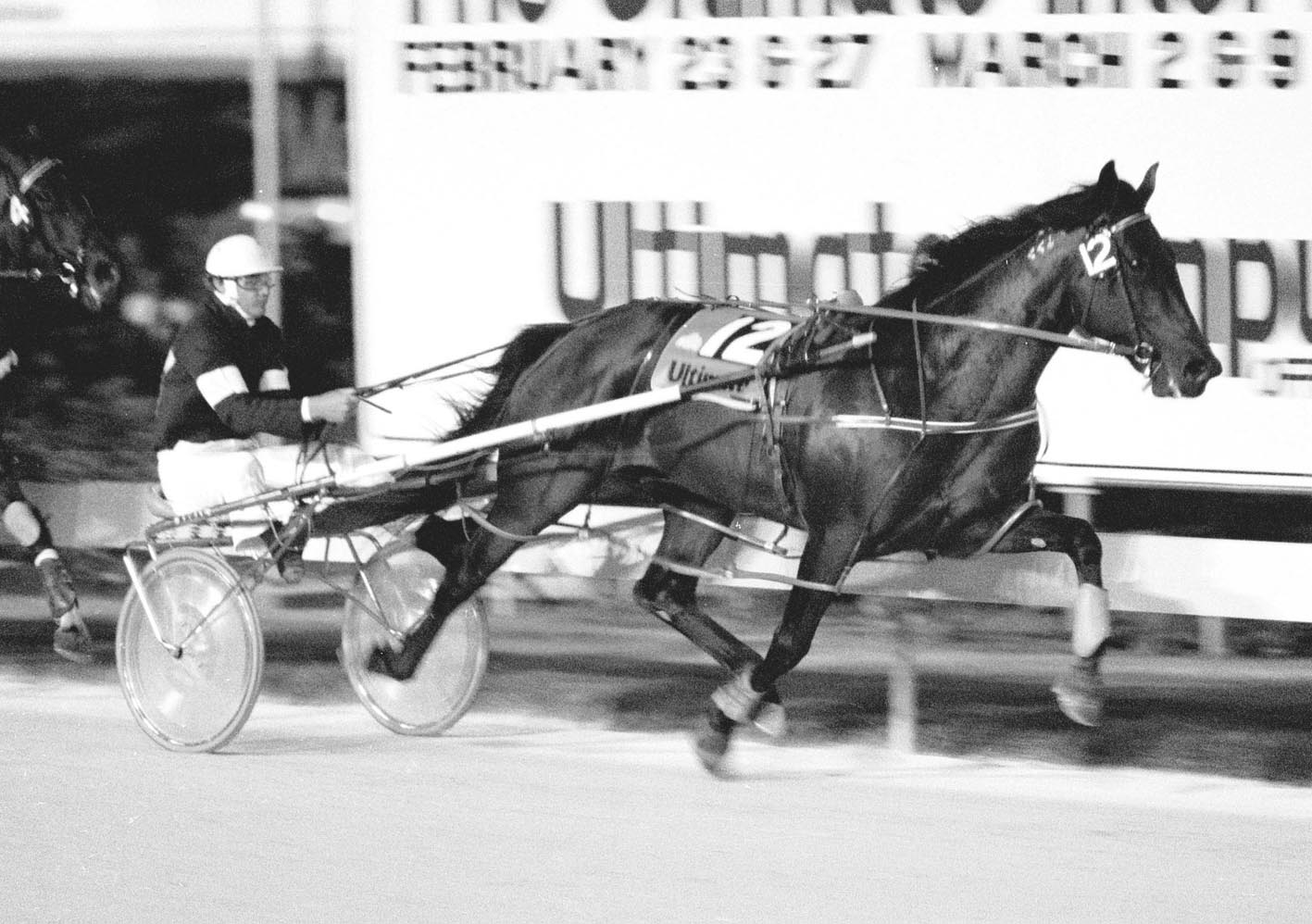 PREUX CHEVALIER during the 1985 Inter Dominion at Moonee Valley

MEMORIES of one of Australia’s most loved heroes – Preux Chevalier – will be sparked at Tabcorp Park Melton on Saturday night. The former...

MEMORIES of one of Australia’s most loved heroes – Preux Chevalier – will be sparked at Tabcorp Park Melton on Saturday night.

The former idol will be honoured with the running of the Preux Chevalier Free-For-All as part of the Victorian-trained and Melbourne-based Inter Dominion winners’ circuit.

While Preux Chevalier is no longer with us, having died at the ripe age of 29 in 2007, the stallion’s feats will live on forever.

Bred by Roy and Lil Adam, Preux Chevalier was trained by Barry Perkins throughout his career for owners Ken and Wendy Lavin.

One of the greatest pacers produced on this side of the equator, Preux Chevalier’s exhilarating speed exciting onlookers, who affectionately referred to him as ‘The Frog.’

Bestowed the moniker due to his French name, Preux Chevalier translates to Valiant Knight, which is fitting for a star which overcame numerous obstacles.

By Lumber Dream from Heather Frost, Preux Chevalier was foaled on September 13, 1978, and after being broken in by Perkins, was due to make his debut as a two-year-old only to be scratched on the eve of the race.

Perkins discovered the freshman was suffering from a minor injury, with the youngster undergoing a stifle operation which kept him sidelined for the season.

Fourth on debut in December 1981, Preux Chevalier took until his sixth start before breaking his maiden at the juicy odds of 40/1.

Ironically, his victory was recorded on Inter Dominion night at Gloucester Park, but few would have guessed they’d seen a future Inter Dominion winner in the making!

Racing his way into the West Australian Derby, Preux Chevalier was pulled out of the Blue Riband after travelling 200 metres and was subsequently found to have fractured his cannon bone.

One of those thirds came in the Golden Nugget behind fellow stars, Classic Garry and Wondai’s Mate, with Classic Garry leading throughout to equal the track record.

In his final outing for the term, Preux Chevalier rated 2:00 at Gloucester Park to break the track record shared by dual Inter Dominion winner, Gammalite and Wondai’s Mate.

Nine wins from 10 starts as a five-year-old saw Preux Chevalier earn $153,025 – placing him third behind champions Gammalite and Popular Alm as the nation’s richest earners for the 1983/84 season.

Among his victories that term is the 1983 West Australian Cup, beating Wondai’s Mate and Black Irish – his 13th consecutive win.

Despite his rise to the top of Australian racing, Perkins decided to bypass the 1984 Adelaide Inter Dominion, but made the trip to Sydney for the Miracle Mile in January.

Favourite at 8/11, Preux Chevalier was settled at the tail of the field, and despite Perkins angling him three-wide at the bell, was a beaten conveyance along the back straight, finishing last as Double Agent raced to glory.

Sent for a spell upon his return home, Preux Chevalier came back with a vengeance during his next campaign.

Winning his first nine starts, the boom performer was on target for another east coast challenge – this time his true colours shone through.

A hit and run mission to Moonee Valley resulted in victory in the Winfield Gold Cup, before returning home for a gutsy second behind Village Kid in the WA Cup.

Taken back to Harold Park for the 1985 Miracle Mile, Preux Chevalier secured the prestigious sprint in a record 1:56.7.

A week later Preux Chevalier dead-heated with Paleface Bubble in the Harold Park Cup – the first time a major race had produced a dead-heat at the Glebe circuit.

Preux Chevalier was finally ready to contest an Inter Dominion, heading to Melbourne for the 1985 Championship.

First stop on the road to the series was his triumph in the Hunter Cup, beating Wondai’s Mate and Panyan, while smashing Popular Alm’s world record by a second-and-a-half.

A dominant pre-post favourite for the Inter Dominion, Preux Chevalier made a clean sweep of the series, beating Village Kid and Game Oro in the Final.

Sent for a well-earned break after the decider, Preux Chevalier returned with a third and a second before rounding out the season with a WA Winter Cup win.

Preux Chevalier was unbeaten from five Australian starts the following season, while lowering his best time to 1:54.3.

Sent across the Tasman after a successful trip to Queensland, Preux Chevalier was unplaced in the New Zealand Cup before securing the NZ Free-For-All and finishing second in the Travelodge Free-For-All.

Set for the Australian Pacing Championship at Moonee Valley, Preux Chevalier was scratched from the series by what was to be a career-ending suspensory injury.

Later named Australian Horse of the Year, Preux Chevalier was retired to stud with 41 wins and 10 placings from 56 starts.