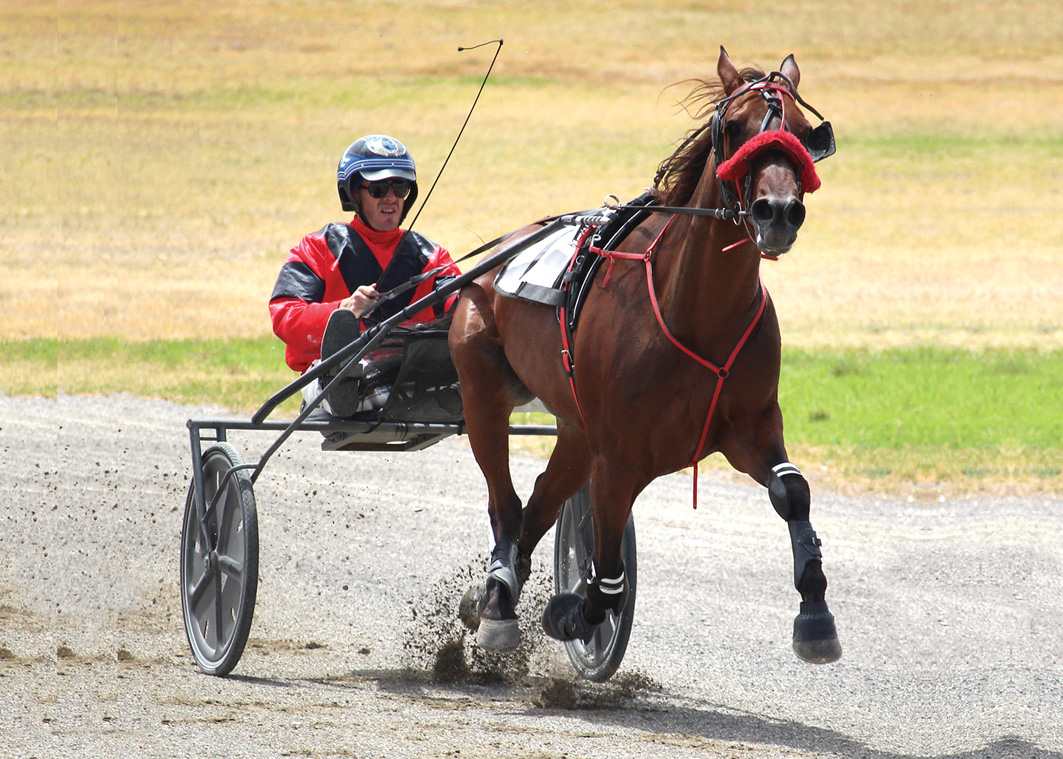 THE feel good story which is Brettoneux continued to evolve at Globe Derby last night. Having suffered injuries which were considered career-ending, Brettoneux made his racing...

THE feel good story which is Brettoneux continued to evolve at Globe Derby last night.

Having suffered injuries which were considered career-ending, Brettoneux made his racing debut 10 weeks ago as an 11-year-old.

Unplaced during his first two starts, Brettoneux has won his four subsequent outings with ease.

In fact, the trotter’s average winning margin is 19 metres!

Understandably impressed with the gelding, trainer Vaughn Newman referred to Brettoneux as a “bonus” following his latest success.

“No matter what he does, he has been a bonus as nobody expected him to race,” Newman said. “He is no star, but is beating whatever rivals are put against him.

“He’s generating a bit of interest, and his co-owner Murray (Goates) said he had a call saying ‘you’re getting more coverage than Winx’.

“Hopefully he can get a few more wins on the board before he’s finished.”

With Wayne Hill handling the reins, Brettoneux began well from his 10-metre handicap to find the front, with the remainder of the 2230-metre trip becoming a procession.

Never seriously challenged, the son of Life Sign cruised to a 12-metre win from Gus Or Bust, with Drinktous Wroxton a metre away third.

“He just does everything right and keeps them chasing,” Newman said. “Things will get a little harder now as he is getting up in class.

“I am thinking about putting him in the deep end in the Port Pirie Trotters’ Cup next Saturday, which will be a real test.

“At this stage he will have one more run before I give him a fortnight off and get going again.”

Barnes in demand at Penrith
Out with the old, in with the new
Ready to join star sibling on honour roll
Former great honoured with feature
About author