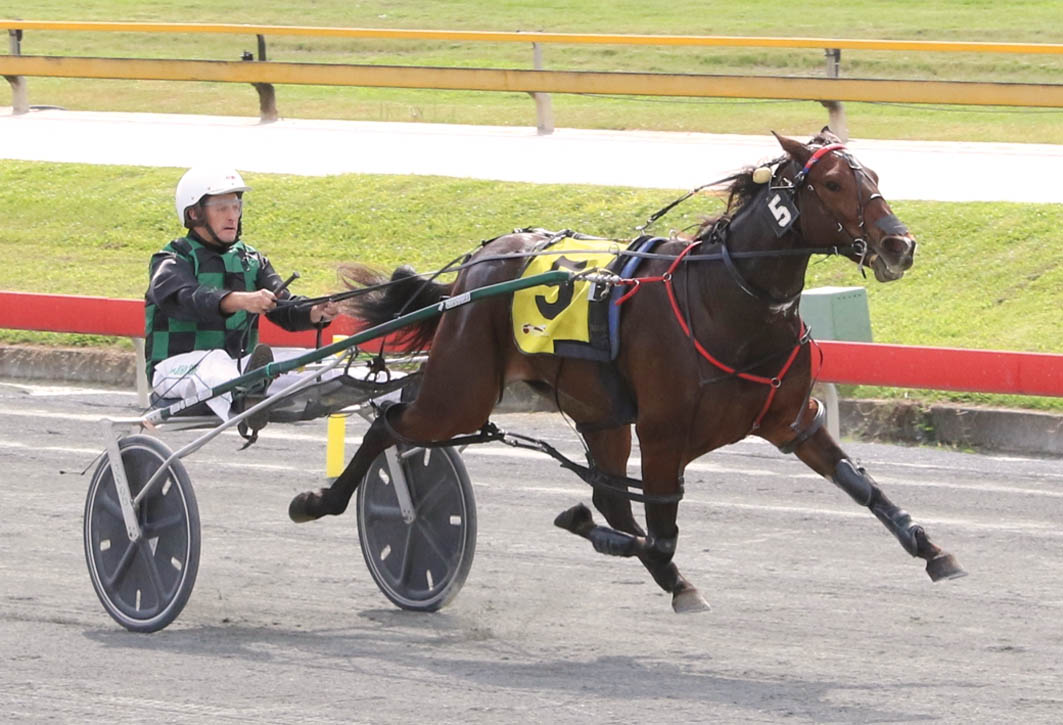 Filly extracts revenge in Group One

HAVING extracted revenge for her mother at Albion Park last night exciting filly Pelosi will be given a few light days before embarking on...

HAVING extracted revenge for her mother at Albion Park last night exciting filly Pelosi will be given a few light days before embarking on another feature race campaign.

Increasing her impeccable record to four wins from five starts Pelosi was a cut above her rivals in the Australian Pacing Gold Final for trainer Ana Woodmansey.

As such the two-year-old went one better than her dam, For Dear Life, which finished second behind Keppel Bay in the 2008 APG Final at Harold Park.

For Dear Life ventured to Albion Park in 2009 to secure the Three-Year-Old APG Final for trainer Wayne Honan.

“For Dear Life was a wonderful filly but the APG Final got away from her as a two-year-old,” Woodmansey said. “Now she is on the honour roll as a dam.”

Driven by John Cremin, Pelosi settled in the one-one early from barrier two before being left to face the breeze as Jemstone worked to the lead.

Matching strides with the pacemaker around the home turn, the filly powered her way to a five-metre win from Jemstone, with Lightning Lana three metres away third.

Adding to Pelosi’s revenge on behalf of her mother, Keppel Bay was trained by Emma Stewart who prepares Jemstone and Lightning Lana!

Rating 1:54.1 over 1660 metres the daughter of American Ideal provided Woodmansey with her initial Group One triumph.

“What an amazing win,” Woodmansey said. “We are rapt.

“I was cheering so hard down the straight it was a blur so I had to watch the replay.

“It was very, very exciting. That was my first Group One starter so to win is something else.”

Being rewarded with a few days of relaxation, Pelosi will then be aimed at the New South Wales Breeders’ Challenge, which leads into a $125,000 Final at Tabcorp Park Menangle on June 30.

“She has pulled up great and is feeling happy in a paddock,” Woodmansey said. “The Breeders’ Challenge is next so we will go down for the Newcastle heat in a couple of weeks.

“Hopefully then it will be on to the semis and the Final.”

Group win a fitting tribute to late horseman
Drawn to teach rivals a lesson
Comeback pacer to continue climb
That’s why he is the top ranked local!
About author