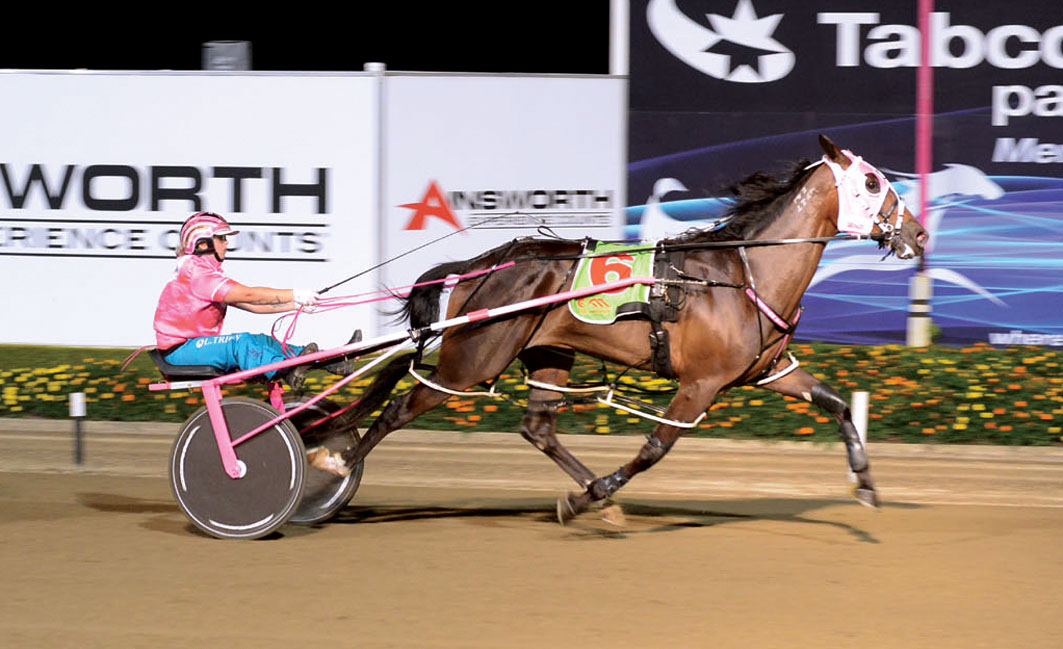 NEW South Wales filly Platinum Revolution is the latest Australian added to the list for the 2018 Harness Jewels to be held at Cambridge...

NEW South Wales filly Platinum Revolution is the latest Australian added to the list for the 2018 Harness Jewels to be held at Cambridge Raceway on Saturday, June 2.

A Group Three Pink Bonnet winner, Platinum Revolution’s connections have accepted an invitation into the Two-Year-Old Diamond with a record of three starts, two wins and a third.

The daughter of Changover captured the Pink Bonnet last March by covering the mile 1.54.7.

Co-trainer Shane is thrilled to receive the invitation, while stating the filly is a genuine chance of capturing the feature.

“I’m very happy with Gucci (Platinum Revolution),” Tritton said. “She has come back better this preparation and is undoubted the best two-year-old filly I have trained..

“She is versatile and tough and we are very excited to be bringing her to the Jewels.”

Platinum Revolution has a unique to connection to another Australian, now claimed as an honorary Kiwi by the New Zealand racing industry.

She was co-bred by commentator Mark McNamara, along with his wife Katie, her father Steve and their good friend Aaron Goadsby.

Her dam, Champagne Franco, was lightly-raced having just two starts, for a win on debut at Rangiora in 2011 for Mark Jones.

“I’m really happy for the horse more than anything,” McNamara said.  “She was the most beautiful natured yearling, an absolute pleasure to have around.

“All the credit has to go to Matt Cross, he broke her in. And to the team at Mark Jones stable who did the early work with her.

“I knew when Shane bought her she was going get her chance, but to know now she’s coming for the Jewels is extremely exciting. Her Mum got some extra hay this morning.”

Tara chasing share of history
You’ve been warned….!
Vale: Jim Bennett
On target for Group One clean sweep
About author