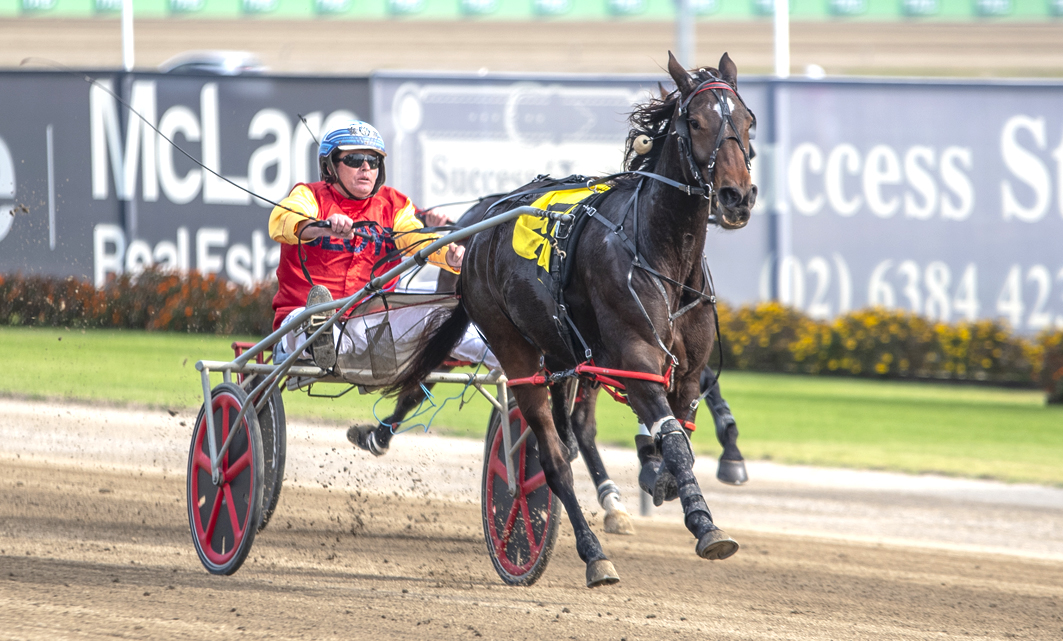 Filly out to emulate famous mother

EXCEPTIONALLY-BRED filly Keep Rockin is well placed to join her famous mum on a Group One honour roll next month. Thanks to her victory...

EXCEPTIONALLY-BRED filly Keep Rockin is well placed to join her famous mum on a Group One honour roll next month.

Thanks to her victory at Tabcorp Park Menangle this afternoon Keep Rockin has earned a berth in the Australian Pacing Gold Final.

By Rock N Roll Heaven, Keep Rockin is from former outstanding filly Kept For Pleasure, which was retired with 19 wins and 10 seconds from 37 starts for earnings of $542,343.

Kept For Pleasure, which has become a prolific producing broodmare, captured four Group Ones, including the 2007 APG Final at Albion Park.

Keep Rockin is prepared by Michael Doltoff who trained Kept For Pleasure to secure the Final.

“Her mum won the APG in Queensland so hopefully this filly can do it too,” Doltoff said. “She’s got her share of ability, but has a long way to go before she can be compared to her mother.

“A win in the Final will certainly move her closer.”

Driven by Michael Towers, Keep Rockin was eased away from barrier five to settle mid field as Michelle Lee Mac led and the five runners travelled in ‘Indian file’.

Gaining the one-one trip along the back straight as Gee Gee Blinxs was taken to the ‘death seat’, Keep Rockin was angled three-wide at the top of the home straight before sprinting to a five-and-a-half metre win from the pacemaker.

Gee Gee Blinxs fought on to be 18 metres away third.

“She’s run second at her last three starts so has been building up to that,” Doltoff said. “After getting the kind of run she did she was always going to be hard to hold out.”

Breaking her maiden at her sixth start, the two-year-old covered the mile in 1:56.4, with her time six-tenths of a second slower than Roscommon Rose in the following heat.

Trained and driven by David Hewitt, the daughter of Art Major was two-back along the pegs from barrier four before gaining an opening halfway along the home straight.

Unleashing a strong sprint Roscommon Rose grabbed the lead in the last stride to score by a head from Smooth Style, with Sheza Mamacita a half-neck away third.

Unplaced upon debut, Roscommon Rose caused an upset as an $18 shot.

Primed and ready for Derby
Where to next for hometown hero?
Back in the gig and back for a win
Jemma turns mud into gold . . . and ‘teal...
About author