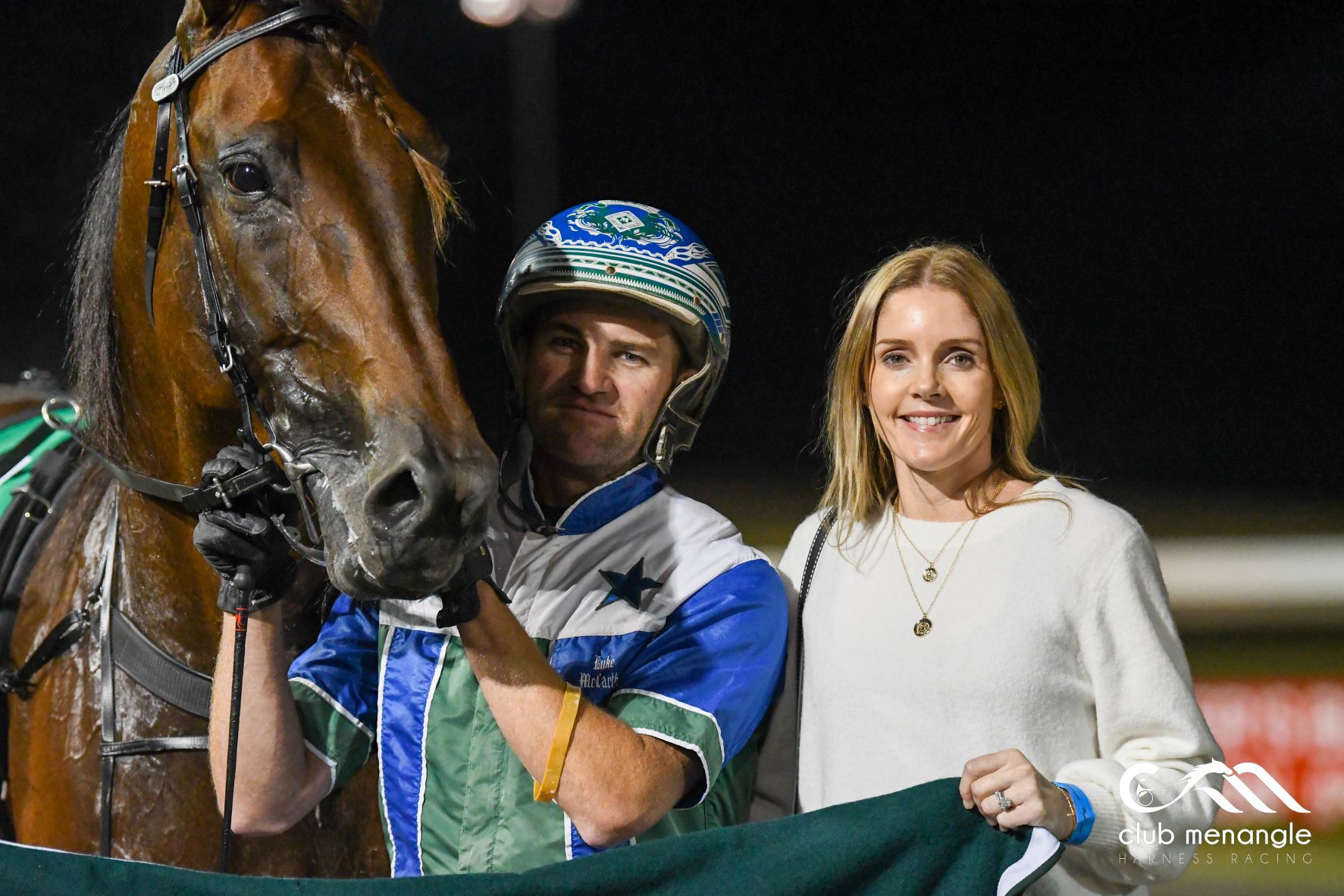 SERIES FAVOURITES: King Of Swing with Luke and Belinda McCarthy

Grand Final fields1
TEAM McCARTHY HAS TOP FOUR FOR PACERS GRAND FINAL   ONE is the most powerful stable in the state – and has four...

ONE is the most powerful stable in the state – and has four finalists.

Another stable has won multiple Sydney premierships and is now one of Victoria’s prominent stables – and has two finalists.

And a third ‘barn’ has been one of the form stables on the Sydney scene for the past two years – and they have also qualified two for the TAB Inter Dominion Grand Final at Tabcorp Park Menangle next weekend.

Team McCarthy – Belinda and Luke – will supply four of the TAB Inter Dominion final favourites with the unbeaten King Of Swing and Expensive Ego as well as Spirit Of St Louis and Alta Orlando all impressive in their heat efforts.

David Aiken has qualified Malcolms Rhythm and Max Delight, both outside chances of being competitive.

And Jason Grimson has also got two of his stable stars, Majestic Cruiser and Boncel Benjamin through to the big one, in an outstanding effort.

Our Uncle Sam finished second and nailed the last spot in the final, while Boncel Benjamin didn’t really fire at Newcastle, but had accrued enough early points to ensure he’ll be there for a shot at the big one for Grimson.

Mach Dan was made first emergency and The Black Prince, a close fourth, finished up second emergency after being caught right on the line for third, costing him his chance at Inter Dominion glory.

The final field is:

The final field for the Trotters Championship is: