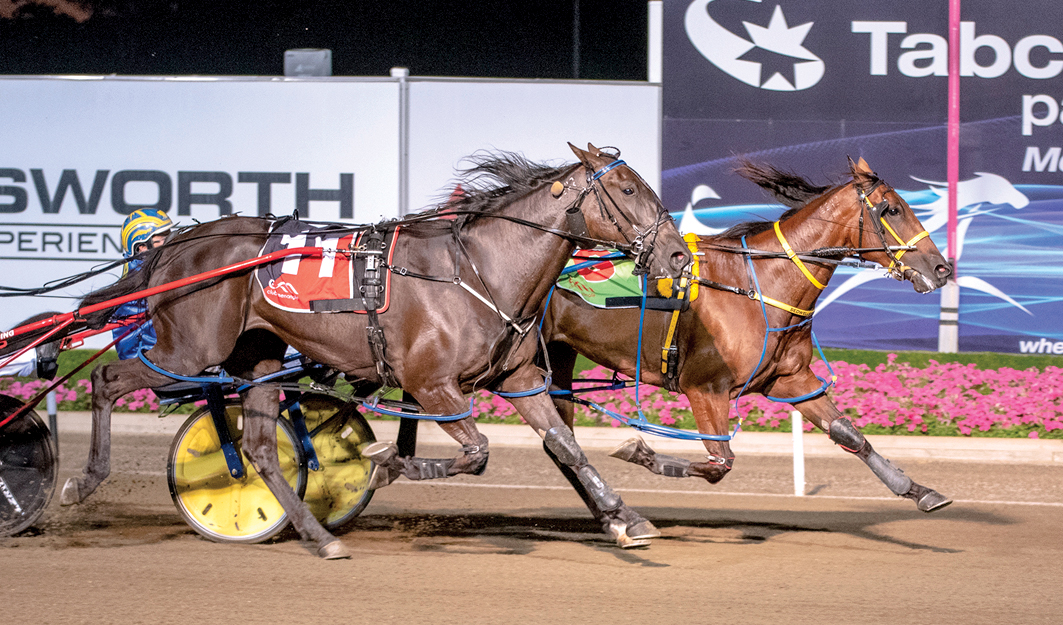 A daughter of Bettors Delight and Elusive Chick, Lulu Le Mans came to compete in New Zealand with two wins and placings in the Group Two Sapling Stakes and Group Two Pink Bonnett.

Lulu Le Mans is trained by Aaron Goadsby and Mark Jones and is currently in New Zealand racing in the two-year-old fillies’ features.

Major Occasion will fly the flag for Australia in the Four-Year-Old Diamond, and brings with her an impressive array of achievements in her homeland.

Major Occasion is trained by Chris Frisby and has recorded four wins from 10 starts this season, including the Group Two Sebelia Stakes in 1.50.4. She was also a game second in the Ladyship behind Dream About Me last month.

She also competed at the highest level as a three-year-old, finishing second in the Queensland Oaks to Sociable.

Interest from Australian connections this year has been extremely high, hot off the back of the strong showing from Australians during last season’s Harness Jewels.

More Australian invites will be announced in the near future as the Aussies search for their first success in the series.

Draw difficult, but not a major concern
Colt to help fill the void
Visitors’ draws for interstate raiders
Siblings grab a slice of history
About author