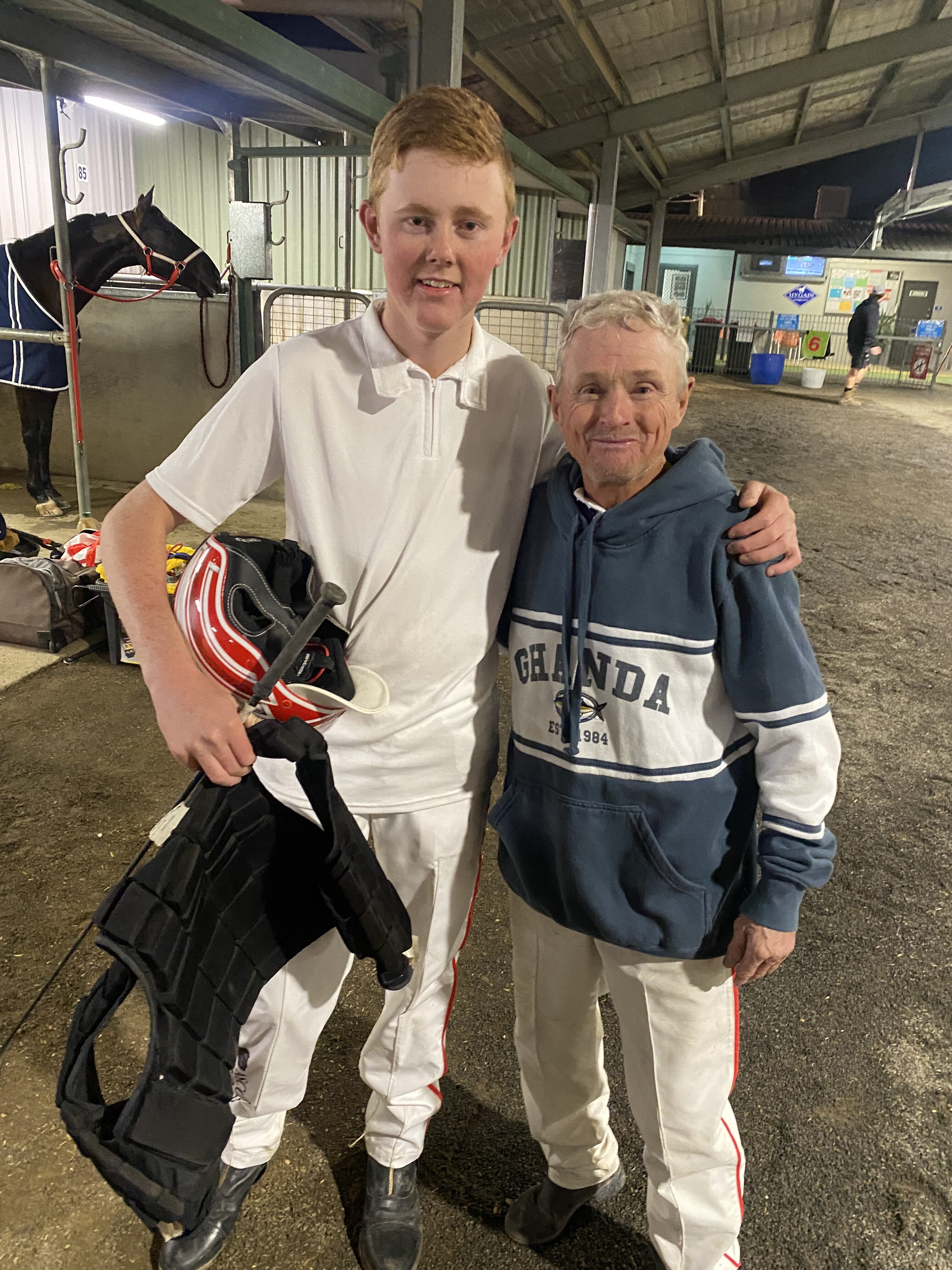 First day in the sulky and Jack’s a winner

Jack Chapple2
YOUNG Jack Chapple was booked for five drives at his debut meeting at Tamworth yesterday afternoon with the “pipe dream” of driving a...

YOUNG Jack Chapple was booked for five drives at his debut meeting at Tamworth yesterday [Thursday] afternoon with the “pipe dream” of driving a winner.

The dream is now reality after winning the final race on the program behind the Ernie Mabbott-trained Tralee Rocks.

“I’m pretty stoked to get a winner on my first day – it’s pretty exciting,” said Chapple, who turned 16 earlier in the week.

From the five drives Jack Chapple produced two thirds, with the first being Louthparkschooner, trained by his father Dean in his debut drive, followed by Peggy Sue Shannon for the John Enks stables before producing the winning drive.

“I was nervous in my first drive but I was good for the rest of the day then,” said Jack.

Mentored by his father Dean Chapple, who has 721 winning drives and trained 357 career winners, there was plenty of celebration after Jack produced his first winning drive at his first harness meeting.

“That is the best feeling ever,” said Dean Chapple.

“It was great when my daughter Elly drove her first winner, but for Jack to drive a winner on his first day is something special.

“Out of the five drives Jack had today I couldn’t fault one of them – he did a massive job . . . and he has worked hard for it.

“I must have done a good job as his mentor as well.”

Jack and the Ernie Mabbott-trained Tralee Rocks combined to take out the THRC Volunteers Appreciation Pace by 2.4 metres over Paratrouper (Jamie Donovan) with I’m Compliant (Jake Hughes) a half head away third.

“It was good of Ernie (Mabbott) to put me on one of his horses on my first day of driving and so good to drive a winner for him,” said Chapple.

Tralee Rocks began from barrier seven with Chapple placing the Pet Rock six-year-old mare on the back of $1.90 favourite Brydon Earl, who led the field.

“Halfway up the back straight the one outside me dropped off and I waited for the three wide ones to come and then the mare sprinted hard and got a big enough break on them,” said Chapple.

“It felt pretty good coming around the final turn – I wasn’t sure if I was home at that stage.

“It was pretty exciting at the finish – everyone was yelling out to me.”

Chapple now return to the classroom to resume his Year 10 studies at Farrer Agricultural High School at Tamworth.

“I have had this dream for a long time now and it’s good to achieve it,” said Chapple.

This young man certainly has some strings to his bow and has called a couple of country race meetings before turning his hands to the reins. He was also awarded the Pub Group Drive of the Day.

Meet the newest Chapple ready to rock
About author