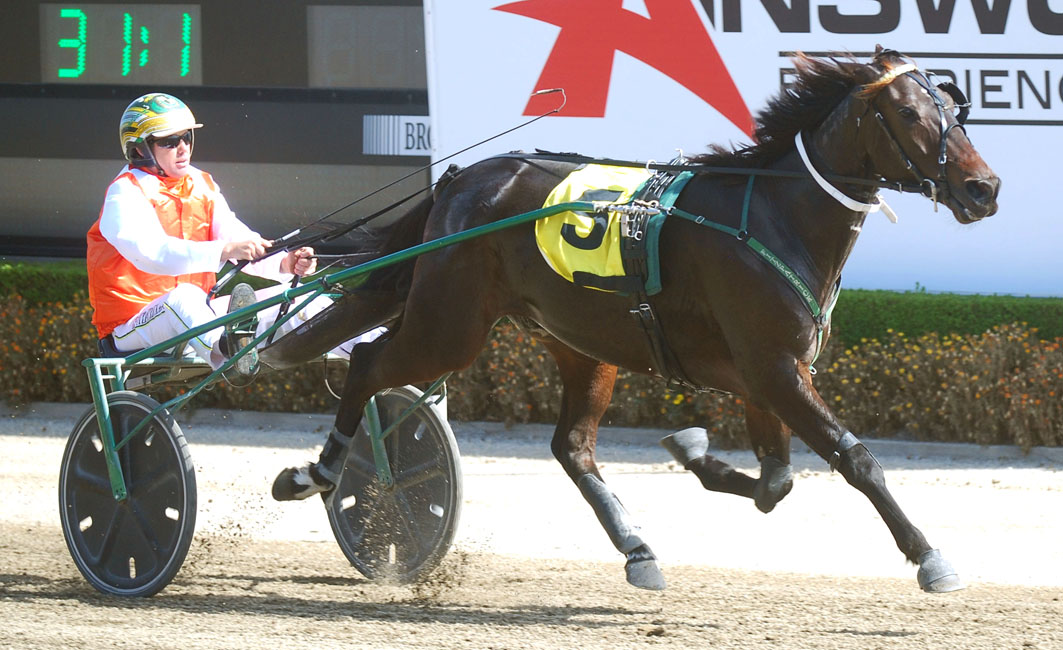 YOU’RE robbing yourself of prizemoney and doing yourself a dis-service if you don’t have a squaregaiter in your stable these days. At least that’s...

YOU’RE robbing yourself of prizemoney and doing yourself a dis-service if you don’t have a squaregaiter in your stable these days.

At least that’s the view of leading trainer-driver Blake Fitzpatrick, who admits about half his 30-horse team are trotters, which have been proving a goldmine for the stable.

Indeed Fitzpatrick will have an amazing eight starters…half his squaregaiting team in at Tabcorp Park Menangle today in four trotting races, with all of them well found in the betting.

“The trotters are going ahead in leaps and bounds, and for the first time in the history of New South Wales trotting, we had a full field of two-year-olds going around in one of the races here last Tuesday week,” Fitzpatrick said.

“The three-year-olds are also the most we’ve ever had in this state and the recent yearling sales in Victoria were terrific with the average price for a yearling trotter going through the roof.

“I think a lot of the leading stables in Sydney are looking to get trotters because at least two or three races every Tuesday, as well as one every Saturday night, are just for the trotters.

“They are races they cannot go in unless they have a trotter in their team, so a lot of them are now looking to buy one.

“We also have an advantage over all the other states in that we have the best track in Australasia for trotters and we can use that to our advantage.

“They trot so much better on Menangle…it’s such a great track for trotters.”

Back from a one-week driving suspension, Fitzpatrick will team up with $2.35 favourite Runaway Success in the opening race at Menangle, a standing start affair run over 2300 metres.

After drawing the pole it would seem Runaway Success only has to step away to be the one to beat.

In Race Two, Fitzpatrick has three runners and will drive $10 shot Moment In The Sun, which has drawn the front, while stablemates Pegasus Elegence (Jack Trainor) and Kayteeoh Denario (Gavin Fitzpatrick) will come off 20 metres in another 2300-metre standing start.

Fitzpatrick has another three runners in Race Three, a mobile over the flying mile and he will drive polemarker Aurora Sunset ($8), while Trainor will handle Hillstead ($4) and Blake’s brother Gavin will take the reins behind Caligula ($10).

Fitzpatrick also has Castlereagh ($3.50 second favourite) in Race Four, a 2300-metre mobile, suggesting Sydney’s biggest trotting stable could be ready for a day to remember.

McCall in the mix with five genuine hopes
Bling ready to shine
Rickie’s ready to rock
That’s how to get the ‘Monkey’ o...
About author