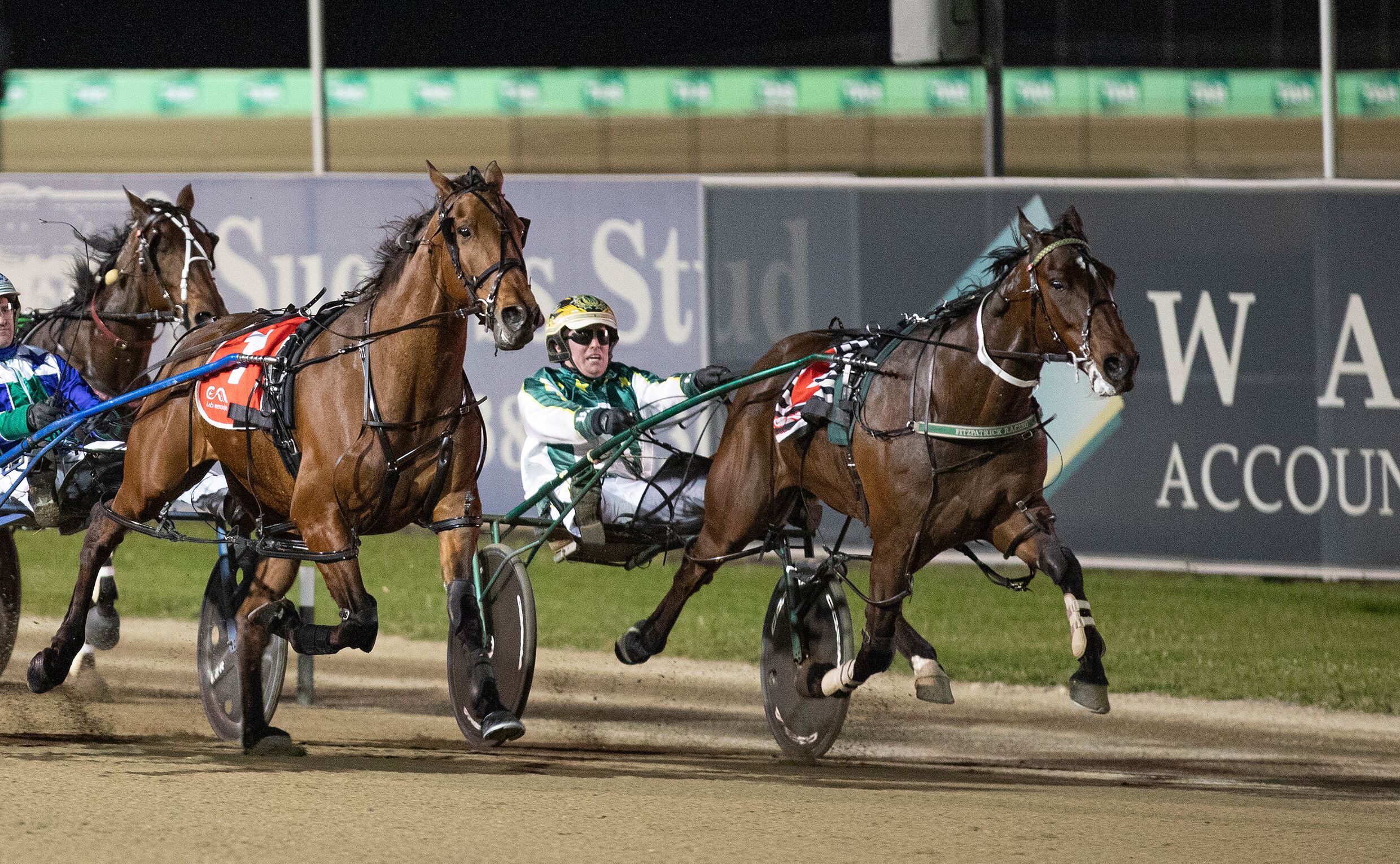 FRESH from a long-priced double at Menangle on Saturday night, Sydney’s form trotting stable should chalk up another win at the south-western Sydney track...

FRESH from a long-priced double at Menangle on Saturday night, Sydney’s form trotting stable should chalk up another win at the south-western Sydney track today.

Blake Fitzpatrick probably trains more squaregaiters than anyone in New South Wales and can boast some handy ones as well.

Fitzpatrick received the plaudits of the industry last week when he was named as the state’s leading trotting trainer and driver at the industry’s annual awards night.

And he should open this afternoon’s seven-race card with another win when the unlucky More Shades Of Gold faces the starter in Race 1, the Altivolo Trotters Standing Start Handicap.

More Shades Of Gold will come off a 10m handicap but will be driven by Blake, who also has two other starters in the race, Rolling Secret (Gavin Fitzpatrick) and Say Your Pres (Jack Trainor).

With five successive minor placings to his credit, More Shades Of Gold has not raced for six weeks although Fitzpatrick prepared him for today’s assignment with a handy third to Drop The Hammer in a trial at Menangle last week.

The gelding does have a good standing-start record, including a win at this track from the same handicap in June and has been installed a $4 favourite in a competitive opening race.

And although Brian Portelli’s trotter Hotjane Bling has been racing well in recent weeks, Fitzpatrick’s other two starters could easily see him bag the trifecta in this 2300m trot.

Fitzpatrick’s double on Saturday night with the trotter Pegasus Elegance ($51) and the pacer Pat Stanley ($10), suggests the stable is firing at the moment and he can load the truck early and head home as the three in the first race are his only commitments at the meeting.

The driver to watch should be defending premier reinsman Todd McCarthy, who will drive two favourites, Mark Dennis (Race 3) and Kiwi Stride (Race 5).

A veteran of 240 starts, Mark Dennis only finished seventh in a race at Menangle on Saturday night but rated 1:51.4 in scoring a win here in July and if Shane and Lauren Tritton decide he’s well enough to go around again today, he may reward them with his 45th win.

Todd will also drive the $2.50 favourite Kiwi Stride for the powerful Noel Daley stable in Race 5 and after the narrowest of defeats here last Tuesday behind Huntaway, he should bounce back into the winners’ circle.