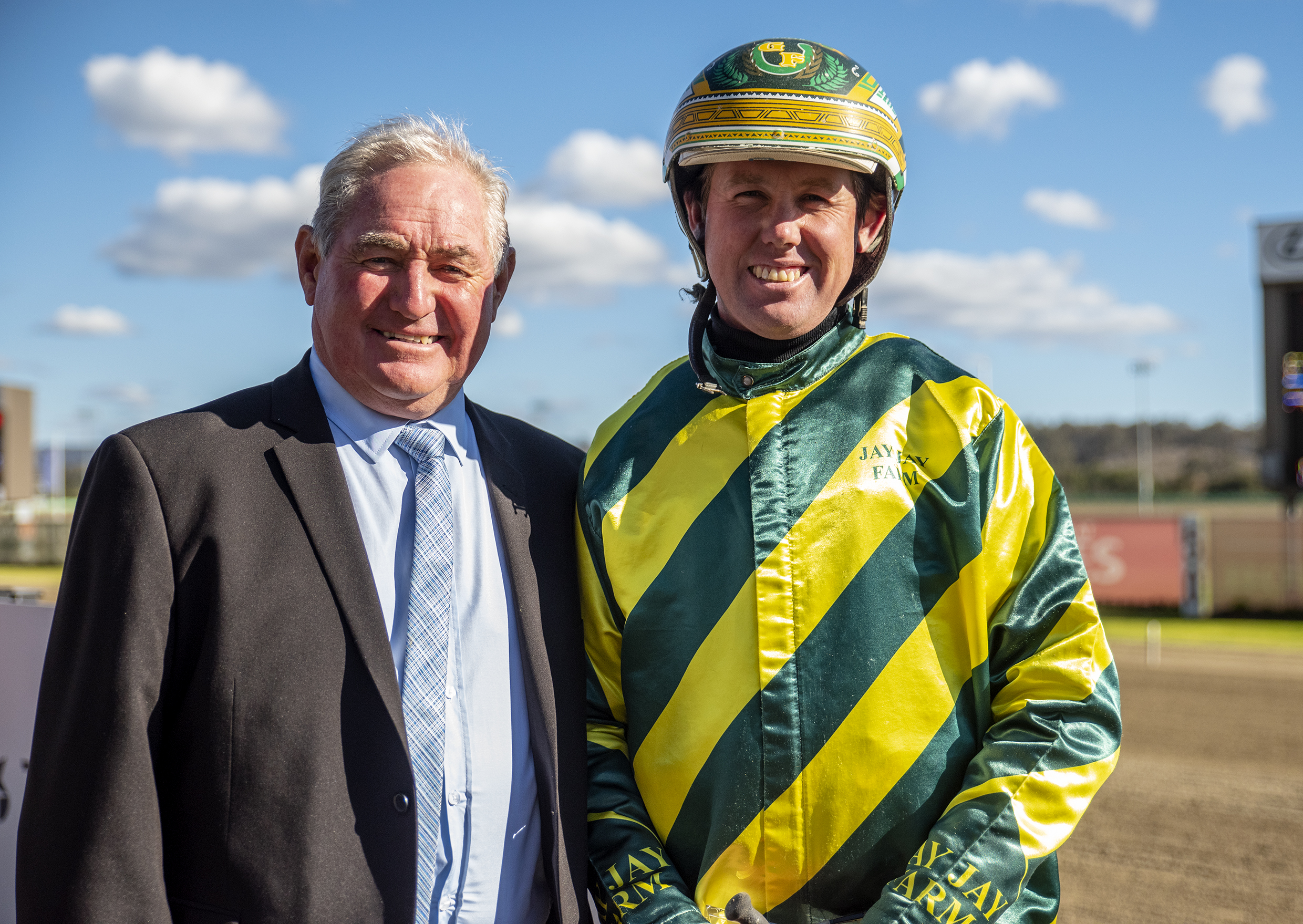 FORMIDABLE TEAM: Paul and Gavin Fitzpatrick are frequent winners at Menangle and Penrith.

bathurst52 Fitzpatrick2
WINNING feature races with young horses has been a regular occurrence for highly-regarded Cawdor trainer Paul Fitzpatrick and his sons Gavin and Blake. Paul...

WINNING feature races with young horses has been a regular occurrence for highly-regarded Cawdor trainer Paul Fitzpatrick and his sons Gavin and Blake.

Paul and his late brother Rod were fortunate to grow up in an era around Condell Park when top horses were aplenty.

Their father Jack trained one of the best of her time Flaming Star, who was a regular winner at Harold Park in the 1960’s.

“We have had a quiet time by our standards when it comes to winning feature juvenile races,” said Paul.

“You need to have a real topliner to pick up the good races these days.

“The times two and three-year-olds can run are incredible.

“They come out of the gate humming and rarely back it off throughout the mile races, particularly at Menangle so they have got to have speed and stamina.”

Fitzpatrick, who train his horses a stone’s throw away for the state’s headquarters in Sydney’s south-west, primarily races them at Menangle and Penrith but tonight is heading to Bathurst, chasing the spoils of the New South Wales Breeders Challenge with lightly-raced colt Jay Bracken.

“We are heading to Bathurst in the hope that we can meet a bit easier company and dodge a few of the smart colts and geldings down this way,” said Paul.

“But I am not saying we will, Bathurst has also become very strong, so I am taking nothing for granted.”

Jay Bracken is a well-bred son of Hes Watching, out of the mare The Neptunes Lady, who was handy on the racetrack herself, winning multiple races at Harold Park.

As a broodmare, she has produced three winners including Ocean Diva, who was narrowly beaten in the 2014 NSW Oaks.

Jay Bracken was spelled after winning at Penrith on May 28 when he proved far too classy, scoring by more than nine metres in 1.59.4.

Since resuming earlier this month, the colt has raced twice at Tabcorp Park Menangle, his latest run resulting in a third placing behind two very smart youngsters in a fast 1.51.8.

“This fellow is a nice horse with a bit of an upside, he is versatile, and I am not that concerned about his wide draw (gate eight).” Said Fitzpatrick.

“Sean Grayling is a talented young driver and he will handle Jay well and size up the situation.”

Peter’s happy to forget those early ‘m...
Gemma’s winning formula
Nathan looking to steal the spotlight
Dairy farmers enjoying the cream of the crop
About author